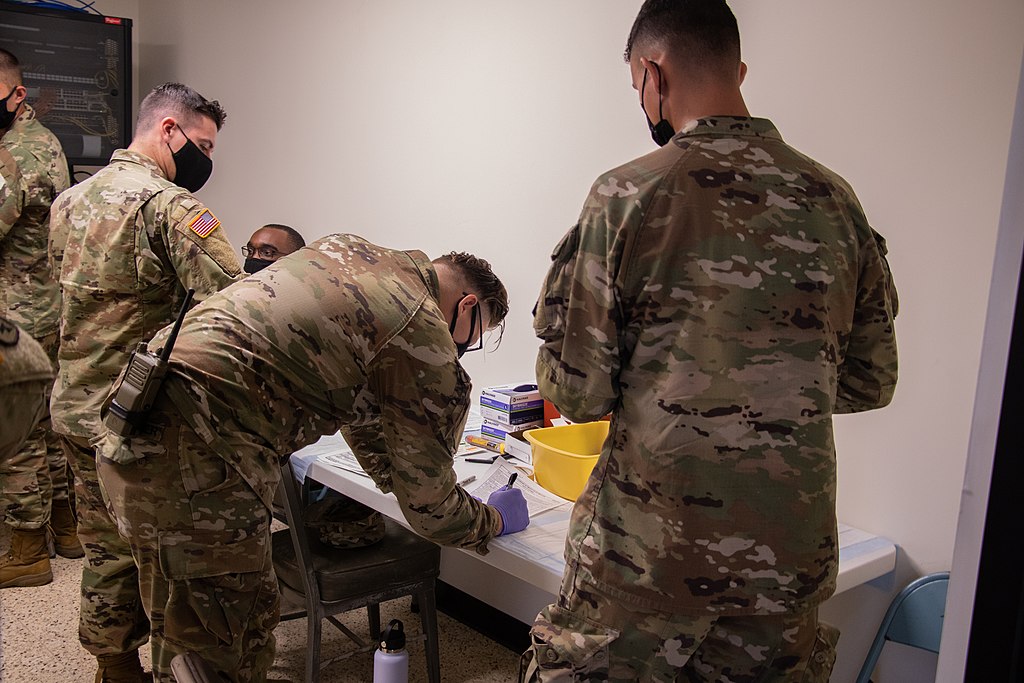 As Covid subsides, the tyranny that exploited it continues. Unfair termination of servicemen, disruption of the Major League Baseball season, and interference with parental rights result from vaccine mandates. Liberals are retreating on their mask mandates, but are doubling down on vaccines. This is because vaccine mandates are a gateway to implement the socialist agenda. As shown by the military discharge of personnel, vaccine mandates limit the ability to serve our country, or earn a living.

The Army openly declared that it had involuntarily discharged three soldiers for not receiving the Covid-19 vaccine. Nearly three thousand Army soldiers have declined the vaccine, and the Army has soundly reprimanded them. Other branches of our Armed Services have done likewise. The Navy fired more than five hundred sailors, the Air Force had terminated two hundred, and the Marine Corps had discharged over a thousand Marines. It hurts our military readiness to lose these experienced and dedicated volunteers. Donald Trump, who leads Biden by 43 points among unvaccinated voters according to a YouGov/Yahoo News poll, urged the next Congress to restore these honorable service members with back pay.

Offering the Covid-19 vaccine to servicemen is one thing, but requiring it is far from justified. The ability to recruit willing volunteers is a crucial part of military readiness. At a time when so few young Americans are even physically able to qualify for military service, why would we be trying so hard to make it so difficult to serve?

The bureaucrats in charge of military recruitment think that cartoon advertisements showcasing gay parents is going to drive up recruitment numbers, but that shows just how out of touch these people are with reality. Meanwhile, our adversaries like China and Russia focus their recruitment efforts on scenes of burly men flying fighter jets and training with deadly weapons, which have traditionally been far more effective at military recruitment than social justice nonsense.

I’m all for America having the fastest jets and the most bullets, but those things don’t help us win a war if no one is willing or able to fight. Let’s stop kicking good servicemen out for refusing the Covid vaccine, and start recruitment strategies that actually work.

What You Need to Know is Europe is setting up their own CIA. The public claims are that this is to fight Chinese spying, but the reality is this new … END_OF_DOCUMENT_TOKEN_TO_BE_REPLACED

What You Need to Know is that the government is destroying people’s lives over a political narrative. You need to understand the realities of the Jan. … END_OF_DOCUMENT_TOKEN_TO_BE_REPLACED

Phyllis Schlafly Eagles · December 2 | The Past, Present, and Future of the War on Christmas Haul out the holly and bring out the boxing gloves. … END_OF_DOCUMENT_TOKEN_TO_BE_REPLACED

What You Need to Know is Fauci retires from the Covid Industrial Complex! He’s sneaking out under the cover of Thanksgiving and a no-news week. He … END_OF_DOCUMENT_TOKEN_TO_BE_REPLACED

What You Need to Know about the Red Tsunami! Turnout for the November, 8th, 2022 midterm election will be high. Be on the lookout for fraud. But we … END_OF_DOCUMENT_TOKEN_TO_BE_REPLACED

Phyllis Schlafly Eagles · December 1 | We Need More Badges Herschel Walker had an iconic moment in a debate with Sen. Raphael Warnock when he … END_OF_DOCUMENT_TOKEN_TO_BE_REPLACED

What You Need to Know is Dems want a SWAT Team against the GOP? David Brock (formerly Media Matters) wants to beat up on Republicans in the House who … END_OF_DOCUMENT_TOKEN_TO_BE_REPLACED