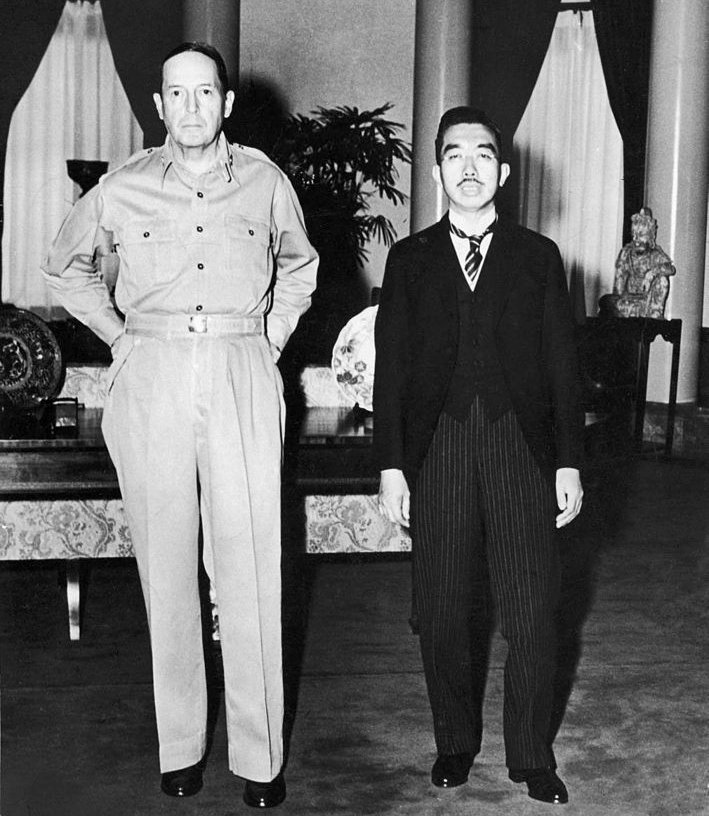 October 20, 1944 was a big day for General Douglas MacArthur. Back in 1942, he had fled from the Philippines as the Japanese closed in on the island nation’s American defenders. Before leaving, MacArthur issued the solemn and now-famous promise “I shall return.” Two years later on October 20, MacArthur kept that promise. This event has been immortalized in a well-known photo of the general wading through shallow water onto Philippine soil.

While the return to the Philippines might be what General MacArthur is best known for, his greatest challenge came after the war, when he was given the title of Supreme Commander for the Allied Powers. In this role, he was charged with the restoration of Japan following their surrender. This was no easy task, but General MacArthur knew exactly how to petition the American people for help. He famously called upon the American people not to send guns or bombs, but to send missionaries and Bibles.

It is hard to imagine such a call being made today as the military embraces a much more woke path, but MacArthur knew what he was doing. The Japanese people had been immersed in a religion known as State Shinto, in which they worshipped their emperor as a god. With the humiliation and defeat of their god at the hands of the American military, Japan was a nation spiritually adrift. Faith in the One True God of the Bible was exactly what they needed, and thousands of Christian missionaries answered MacArthur’s call. The nation was quickly flooded with more than ten million Bibles.

MacArthur’s Macedonian Call may not have raised any eyebrows in 1945 as the military openly distributed Bibles to all the troops, but such a strategy would be unthinkable today. Some would call that an improvement, but where has a secularized military gotten us? The brave servicemen and women who risk their lives on the front lines are heroes, but weak leaders who wage war on Christianity are on the wrong track. Take one look into the life of legendary figures like General Douglas MacArthur and it is easy to see that the Christian faith is a crucial part of military readiness.

What You Need to Know is Democrats’ plan to slow down GOP investigations. David Brock (of Media Matters) released a memo detailing a group that will … END_OF_DOCUMENT_TOKEN_TO_BE_REPLACED

Phyllis Schlafly Eagles · December 1 | We Need More Badges Herschel Walker had an iconic moment in a debate with Sen. Raphael Warnock when he … END_OF_DOCUMENT_TOKEN_TO_BE_REPLACED

Elon Musk has 119 million followers on Twitter, the platform which he just bought for $44 billion. That’s more followers than Taylor Swift, whose … END_OF_DOCUMENT_TOKEN_TO_BE_REPLACED