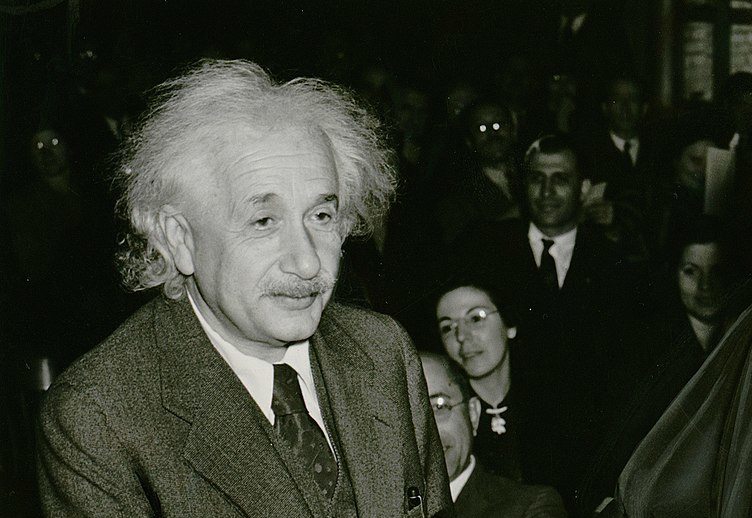 Armchair quarterbacks in academic circles have been pushing the crazy notion that the United States was wrong to detonate atomic bombs to end the Second World War. Yet, these ivory-towered elites often fail to mention that it was one of the most famous academics of all time who first proposed that the United States develop the atom bomb. On this date in 1939, President Franklin Delano Roosevelt met with his friend Alexander Sachs to discuss a letter written by none other than Albert Einstein in which he warned FDR that the Germans were working on “extremely powerful bombs of a new type.” He further advised that the United States acquire uranium and invest in research on nuclear bombs of their own.

That October 11 meeting led to the formation of the Manhattan Project, which ultimately empowered the United States to end World War Two without a brutal and costly land invasion of Japan which contemporaneous experts feared would have resulted in a million American deaths or more. Surprisingly, Einstein reportedly called the letter to Roosevelt “the one great mistake of my life” while still weakly conceding that the possibility of Germany building the bomb would justify his action.

It is easy to look back on those times in hindsight and say what might have been or what should have been. Yet, it is difficult to deny that had the United States failed to build the atomic bomb, another power certainly would have. Perhaps it would have been the Nazis, or perhaps the Soviets. Either way, every freedom-loving person on the planet should thank Almighty God for graciously allowing the U.S. to develop the bomb before anyone else. From the time that we detonated the first nuke in 1945 to the time that the Soviets got the bomb in 1949, the United States could have literally taken over the world. No other nation would have had the power to stop us. Yet, because of the Judeo-Christian culture of liberty that Americans live by, we used our power to end war, not to start it. I thank God for America’s atom bomb, and I’m glad Einstein warned FDR of its devastating power if left in the wrong hands.

Phyllis Schlafly Eagles · #WYNK: We're In a Proxy War with Russia | January 25, 2023 #ProAmericaReport The following is a transcript from the … END_OF_DOCUMENT_TOKEN_TO_BE_REPLACED

What You Need to Know is we are in a proxy war with Russia. Until now, we’ve been able to at least try to say we have given Ukraine defense weapons … END_OF_DOCUMENT_TOKEN_TO_BE_REPLACED

What You Need to Know is a lesson on documents and double standards. Suddenly everyone has classified documents and everyone is spinning the stories … END_OF_DOCUMENT_TOKEN_TO_BE_REPLACED

What You Need to Know is to thank the Freedom 20 who took up the House Speaker fight last week. Get the list here — it only takes 3-5 minutes … END_OF_DOCUMENT_TOKEN_TO_BE_REPLACED

For Immediate Release: January 26, 2022Contact: Ryan Hite, Communications Director Solution Staring Us In the Face to Save American Lives: Shut the … END_OF_DOCUMENT_TOKEN_TO_BE_REPLACED