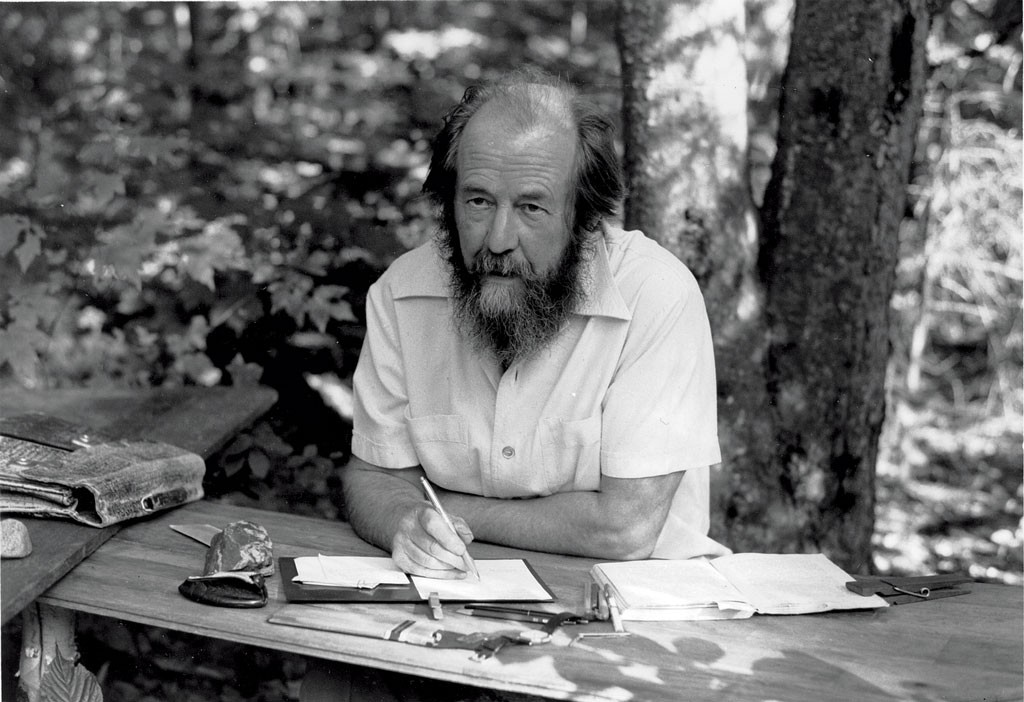 Tomorrow is the birthday of someone relatively unknown to younger generations of Americans.  Aleksander Solzhenitsyn was born to a simple Russian family in 1918, just after his father died in service to Russia in World War I.  As a child, Solzhenitsyn dreamed of being a writer.  Little did he know that he would one day be one of the most effective and well-known critics of the Soviet Union.  He graduated from university with a degree in mathematics and physics, but soon was pulled into service for Russia in World War II.  That bought the beginning of Aleksander’s life-changing writings. 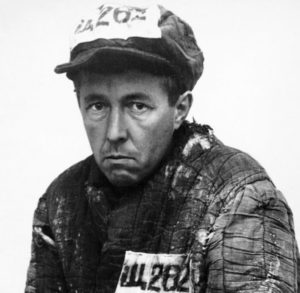 In 1945 he was arrested for writing letters to a friend in which he was critical of Soviet dictator Joseph Stalin.  Solzhenitsyn spent the next eight years of his life in prisons, labor camps, and in exile.

In 1945 he was arrested for writing letters to a friend in which he was critical of Soviet dictator Joseph Stalin.  Solzhenitsyn spent the next eight years of his life in prisons, labor camps, and in exile.  He was eventually allowed to resettle in central Russia, where he taught mathematics and again began to write.  His first two novels were based on his own experiences in Stalin’s brutal network of prisons.  In 1964, post-Khrushchev Russia brought more “cultural activities” restrictions, and Solzhenitsyn lost his government-approved publishing privileges.  He then printed his works through an underground network.  Even as his work was suppressed in Russia, the international community was clamoring for his writings.

In 1970 he was awarded the Nobel Prize for Literature, following the 1968 publishing of two books.  Then, in 1973, his famous work The Gulag Archipelago, an historical record of the Stalin-era Soviet labor camps, earned him a charge of treason and permanent exile from the Soviet Union. He traveled to the United States where he continued to write until the fall of the Soviet Union and the restoration of his Russian citizenship.

I suggest you read his work. Phyllis Schlafly kept his books in her library and knew the value in keeping stories like this man’s alive. Despite what Democrats and the media want you to believe, extreme left wing “democratic socialists” like the newly elected Congresswoman Alexandria Ocasio-Cortez are simply communists in disguise. Liberals want to erase the failed and bloody history of Marxism. Don’t let them! We must study history and the brave men and women who have sacrificed so much for truth.

Elon Musk has 119 million followers on Twitter, the platform which he just bought for $44 billion. That’s more followers than Taylor Swift, whose … END_OF_DOCUMENT_TOKEN_TO_BE_REPLACED

What You Need to Know is Democrats’ plan to slow down GOP investigations. David Brock (of Media Matters) released a memo detailing a group that will … END_OF_DOCUMENT_TOKEN_TO_BE_REPLACED

Phyllis Schlafly Eagles · December 2 | The Past, Present, and Future of the War on Christmas Haul out the holly and bring out the boxing gloves. … END_OF_DOCUMENT_TOKEN_TO_BE_REPLACED

Phyllis Schlafly Eagles · December 1 | We Need More Badges Herschel Walker had an iconic moment in a debate with Sen. Raphael Warnock when he … END_OF_DOCUMENT_TOKEN_TO_BE_REPLACED