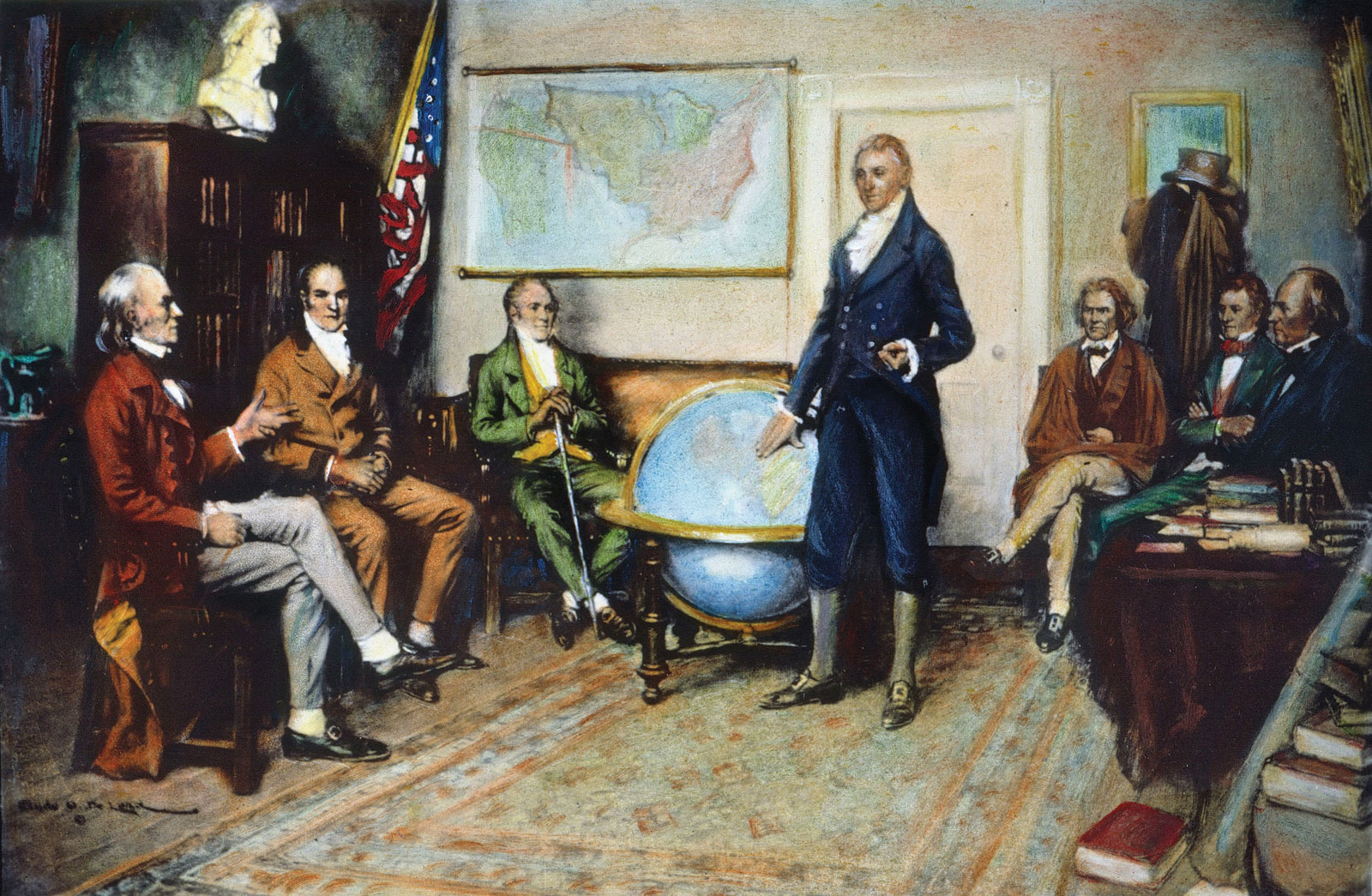 If you were to travel down the Potomac River from present day Washington, D.C. on this day in 1758, you would pass very close to history in the making. April 28th is the birthday of President James Monroe, whose legacy still lives with us today in the form of the famous Monroe Doctrine. His birthplace also lives on with a complete reconstruction by the James Monroe Memorial Foundation at the original site in Colonial Beach, Virginia. No president could be more deserving than the man who penned the document that the Marquis de Lafayette would call “the best little bit of paper that God ever permitted any man to give to the world.”

The Monroe Doctrine is as simple as it is important. It simply states that the powers of the Eastern Hemisphere should not interfere with the affairs of the Western Hemisphere. At the time of the Doctrine’s inception, imperialist Russia was eyeing America’s west coast with envy. They hatched a plan to establish colonies from modern Alaska to San Francisco. Imagine what a fiasco we would be in today if they had succeeded. President Monroe’s bold declaration can still be felt nearly two centuries later.

It is impossible to overstate just how bold the declaration was. At the time, America had no standing army and only five sailing ships in our navy. Yet, President Monroe declared that America was willing to fight for the sovereignty of our native land against any foreign interference.

Americans today should learn from the boldness of President Monroe. Would we be willing to be so bold with our main aggressor in the Eastern Hemisphere, the communist nation of China? We should be. Critics would be quick to point out that the world is not like it was in Monroe’s day. I agree completely. America has the strongest fighting force in the entire world. We are in a better place than ever to back up the words of the Monroe Doctrine with the full force of our mighty military. This call to defend our land rings from the furthest reaches of the Alaskan wilderness to the humble birthplace of President Monroe himself. America must defend our way of life from every foreign threat.

What You Need to Know is Democrats’ plan to slow down GOP investigations. David Brock (of Media Matters) released a memo detailing a group that will … END_OF_DOCUMENT_TOKEN_TO_BE_REPLACED

What You Need to Know is why Trump is not an echo of other candidates before him. Phyllis Schlafly famously first used that phrase — a choice, … END_OF_DOCUMENT_TOKEN_TO_BE_REPLACED

Elon Musk has 119 million followers on Twitter, the platform which he just bought for $44 billion. That’s more followers than Taylor Swift, whose … END_OF_DOCUMENT_TOKEN_TO_BE_REPLACED

Phyllis Schlafly Eagles · #WYNK: Identify the Red Menace | November 4, 2022 #ProAmericaReport The following is a transcript from the Pro America … END_OF_DOCUMENT_TOKEN_TO_BE_REPLACED

What You Need to Know is what’s right in America! We talk so much about what’s wrong in America and how broken our elected officials are — there’s a … END_OF_DOCUMENT_TOKEN_TO_BE_REPLACED

Phyllis Schlafly Eagles · December 1 | We Need More Badges Herschel Walker had an iconic moment in a debate with Sen. Raphael Warnock when he … END_OF_DOCUMENT_TOKEN_TO_BE_REPLACED