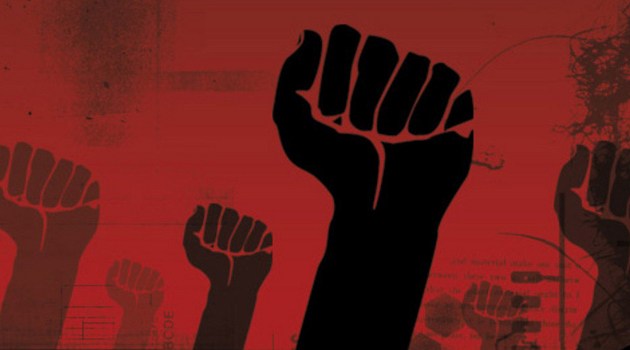 If you look at the history of political movements, conservatives have consistently made the same mistake. When far leftists propose a radical idea, our gut reaction is to say “Oh, that would never actually happen” or “The American people would never get behind that.” It’s happened over and over again. Phyllis Schlafly received endless mockery in the 1970s when she said the radical feminists are pushing for unisex bathrooms. Now we’re fighting supposedly “transgender” men who want to be in bathrooms and showers with little girls and women. Just a few years ago, people laughed at the idea that America would ever allow same-sex marriage. Now the U.S. Supreme Court mandated gay marriage throughout the land.

Today we find ourselves facing the threat of Democratic Socialism. Among other policies, these socialists want to destroy the economy by virtually banning fossil fuels. They want to raise taxes to unimaginable levels in order to fund expense government programs like Medicare For All, including illegal aliens. Conservatives have two choices: we can either nip this problem in the bud right now or we can say “Oh, that will never happen here.”

But this is no laughing matter. This is an organized and effective movement to destroy American life as we know it. The news media continues to heap praise on prominent Democratic Socialists like Representative Alexandria Ocasio-Cortez, or AOC. AOC is heaping her clout behind Senator Bernie Sander’s bid for president. These radicals have a real path for victory that we shouldn’t ignore. Even if they don’t take the White House this time, it won’t be long until they’ve completely overrun the Democratic Party.

Conservatives, we still believe in freedom. We still have the power of truth on our side. However, that alone is not enough if we aren’t smart with the resources we have. Phyllis Schlafly Eagles exists to fight against misinformation and educate Americans on the issues we all care about. If you ever want to help in our mission, don’t hesitate to reach out to us. And if you’re a young person who isn’t swayed by the liberals’ recent dangerous fads, consider interning with us this summer. We want to help you turn the tide.

What You Need to Know is Mom first! Life begins at conception. But what if the pro-life movement reframed the battle. What if we advertised that life … END_OF_DOCUMENT_TOKEN_TO_BE_REPLACED

Predicting an imminent worldwide recession, global business elites convene at the Alps ski resort of Davos, Switzerland as they do every year in … END_OF_DOCUMENT_TOKEN_TO_BE_REPLACED

Phyllis Schlafly Eagles · January 23 | More Horror Stories from Drop-Box Dems The new Democrat Party, which is essentially the same as the old … END_OF_DOCUMENT_TOKEN_TO_BE_REPLACED

Phyllis Schlafly Eagles · #WYNK: A New Pro-Life America | January 20, 2023 #ProAmericaReport The following is a transcript from the Pro America … END_OF_DOCUMENT_TOKEN_TO_BE_REPLACED

Phyllis Schlafly Eagles · February 3 | "Woman" Is the Word of the Year The internet is a powerful tool that most of us use every day. … END_OF_DOCUMENT_TOKEN_TO_BE_REPLACED

What You Need to Know is Tucker is allowing the will of the people to be heard! When a huge block of Republicans and so-called conservatives are … END_OF_DOCUMENT_TOKEN_TO_BE_REPLACED