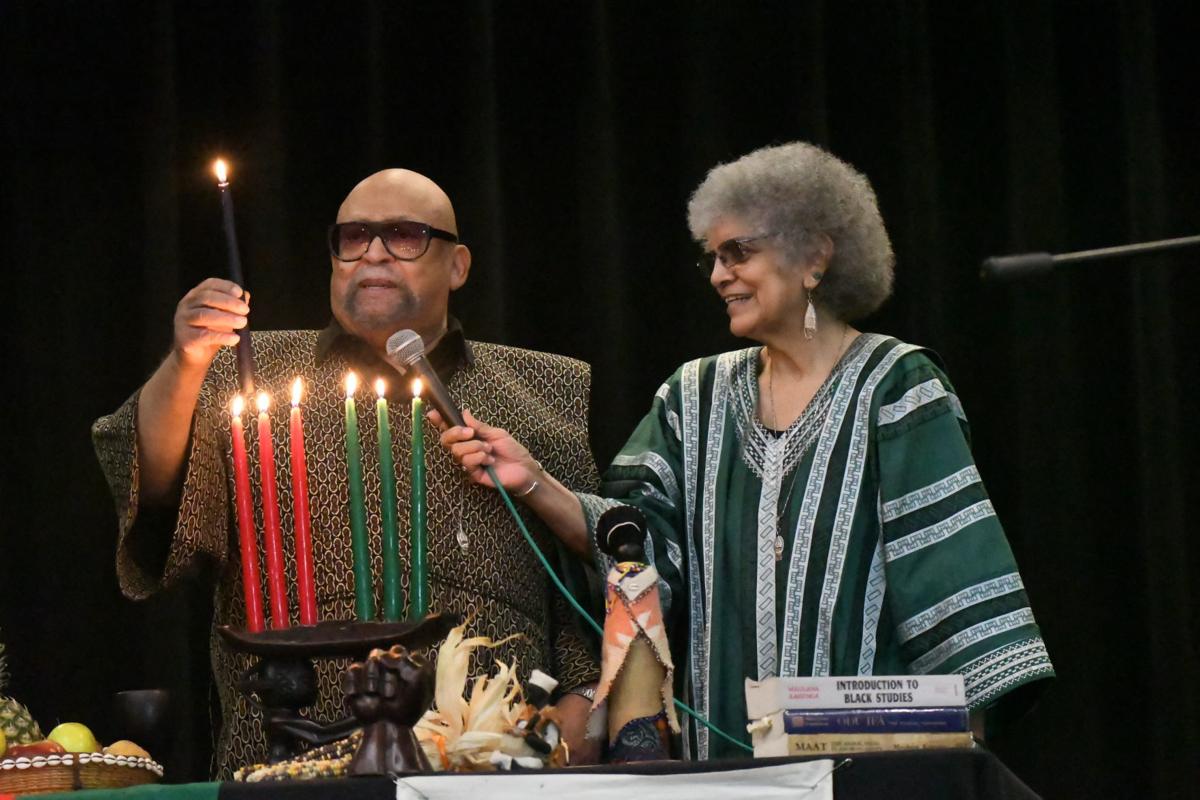 The so-called “holiday” I’m referring to is called Kwanzaa. It was invented by the radical Dr. Maulana Karenga in 1966. However, the whole thing is a lie on par with the lies one would expect from Soviet Russia. Despite being portrayed as a holiday with African roots, no one in Africa celebrates it. Even Dr. Karenga’s name is a fraud. His real name is Ronald Everett and he was born the son of a Baptist preacher in Maryland. He’s hardly the poster boy for authentic African culture. He’s just a disgruntled leftist with an agenda to destroy every vestige of Christianity from American culture.

Dr. Karenga’s facade may be a lie, but the truly insidious nature of Kwanzaa is anything but. Observance of Kwanzaa revolves around seven key principles. Some of them are questionable, such as the principle of placing our trust in black teachers and black leaders. Given Dr. Karenga’s own statements, it’s clear he wants blacks to have faith in these so-called “leaders” rather than in God and country. Other principles of Kwanzaa are equally dangerous, such as the principle of “cooperative economics.” The term “cooperative economics” might sound benign enough, but it’s really nothing more than a front for communism. Karenga calls for black Americans to reject personal responsibility and personal property in favor of spreading the wealth of black businesses to all black people. That sounds a lot like communism to me.

Kwanzaa may be celebrated by fewer than four percent of black Americans, but every public school child is taught to accept it as being equally valid in comparison to Christmas and Hanukkah. Stop accepting the communist Trojan horse. We must reject this phony communist wannabe Christmas in our schools, homes, and communities.

What You Need to Know is Mom first! Life begins at conception. But what if the pro-life movement reframed the battle. What if we advertised that life … END_OF_DOCUMENT_TOKEN_TO_BE_REPLACED

Predicting an imminent worldwide recession, global business elites convene at the Alps ski resort of Davos, Switzerland as they do every year in … END_OF_DOCUMENT_TOKEN_TO_BE_REPLACED

What You Need to Know is we are in a proxy war with Russia. Until now, we’ve been able to at least try to say we have given Ukraine defense weapons … END_OF_DOCUMENT_TOKEN_TO_BE_REPLACED

What You Need to Know is a lesson on documents and double standards. Suddenly everyone has classified documents and everyone is spinning the stories … END_OF_DOCUMENT_TOKEN_TO_BE_REPLACED

What You Need to Know is to thank the Freedom 20 who took up the House Speaker fight last week. Get the list here — it only takes 3-5 minutes … END_OF_DOCUMENT_TOKEN_TO_BE_REPLACED

For Immediate Release: January 26, 2022Contact: Ryan Hite, Communications Director Solution Staring Us In the Face to Save American Lives: Shut the … END_OF_DOCUMENT_TOKEN_TO_BE_REPLACED