In his March 23, 1983 televised address, President Ronald Reagan called for the American people to pursue a bold plan to launch a new missile defense program which would render Soviet nuclear armaments obsolete. He said, “The defense policy of the United States is based on a simple premise: the United States does not start fights. We will never be an aggressor. We maintain our strength in order to deter and defend against aggression, to preserve freedom and peace.” 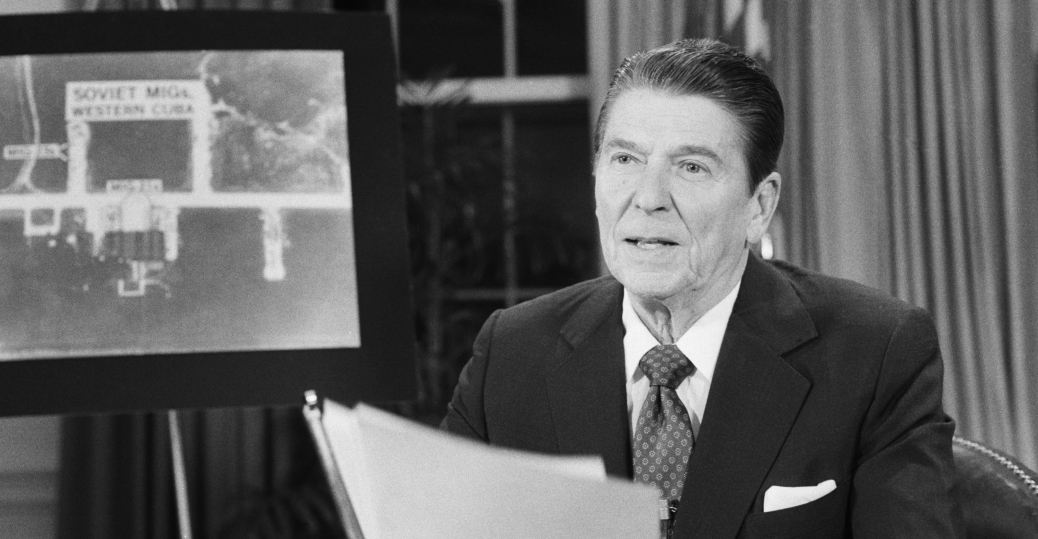 Liberals immediately mocked Reagan’s proposed “Strategic Defense Initiative.” Their protests against a non-nuclear, non-aggressive system proved that liberals cared more about American concession than global peace. Phyllis Schlafly was quick to point out the diplomatic illiteracy and denial of scientific consensus which fueled arguments from the left. Liberals claimed that SDI would “destabilize” relations with the Soviet Union and lead to nuclear war before it even went online. Phyllis argued that only a country with plans to do us harm should have a problem with a missile defense system possessing no offensive capability whatsoever. Ultimately, Phyllis’s arguments proved a compelling force in the debate on this important program.

Although SDI was never fully implemented as President Reagan had envisioned it, the program was still a crucial part of ending the Cold War. We should remember this lesson – as we cannot allow pessimistic naysayers from the left to disrupt our dialogue of hope and optimism. Can we build a wall on our southern border? Can we put America first in trade? Can we defeat radical Islam on our shores? The answer lies in the May 1983 Phyllis Schlafly Report: “In religious terms,” Phyllis wrote, “despair is a sin; in practical terms, despair is self-defeating; in American terms, despair is historically false – we have proved that we are the great ‘can do’ nation.”

Amid chaos on many fronts, globalists march forward into the night. Klaus Schwab, the founder and executive chairman of the World Economic Forum … END_OF_DOCUMENT_TOKEN_TO_BE_REPLACED

Biden’s Plan to Buy Votes  As the midterm elections fast approach, Democrats have lost a key demographic that they relied on in 2020: … END_OF_DOCUMENT_TOKEN_TO_BE_REPLACED

Phyllis Schlafly Eagles · May 5 | How Effective Is Social Justice Military Recruitment? As Covid subsides, the tyranny that exploited it continues. … END_OF_DOCUMENT_TOKEN_TO_BE_REPLACED

What You Need to Know about where we are as a nation! Armstrong Williams joins the ProAmericaReport today to help give today’s WYNK. Armstrong is a … END_OF_DOCUMENT_TOKEN_TO_BE_REPLACED

What You Need to Know is Montpelier is going Woke. Soledad O’Brien is now on the board of directors of Montpelier, James Madison’s home. She is part … END_OF_DOCUMENT_TOKEN_TO_BE_REPLACED

Phyllis Schlafly Eagles · #WYNK: Montpelier is going Woke | May 19, 2022 #ProAmericaReport The following is a transcript from the Pro America … END_OF_DOCUMENT_TOKEN_TO_BE_REPLACED

What You Need to Know is our election system is broken! It's failing and We the People have no confidence in the system. Pennsylvania has shown again … END_OF_DOCUMENT_TOKEN_TO_BE_REPLACED