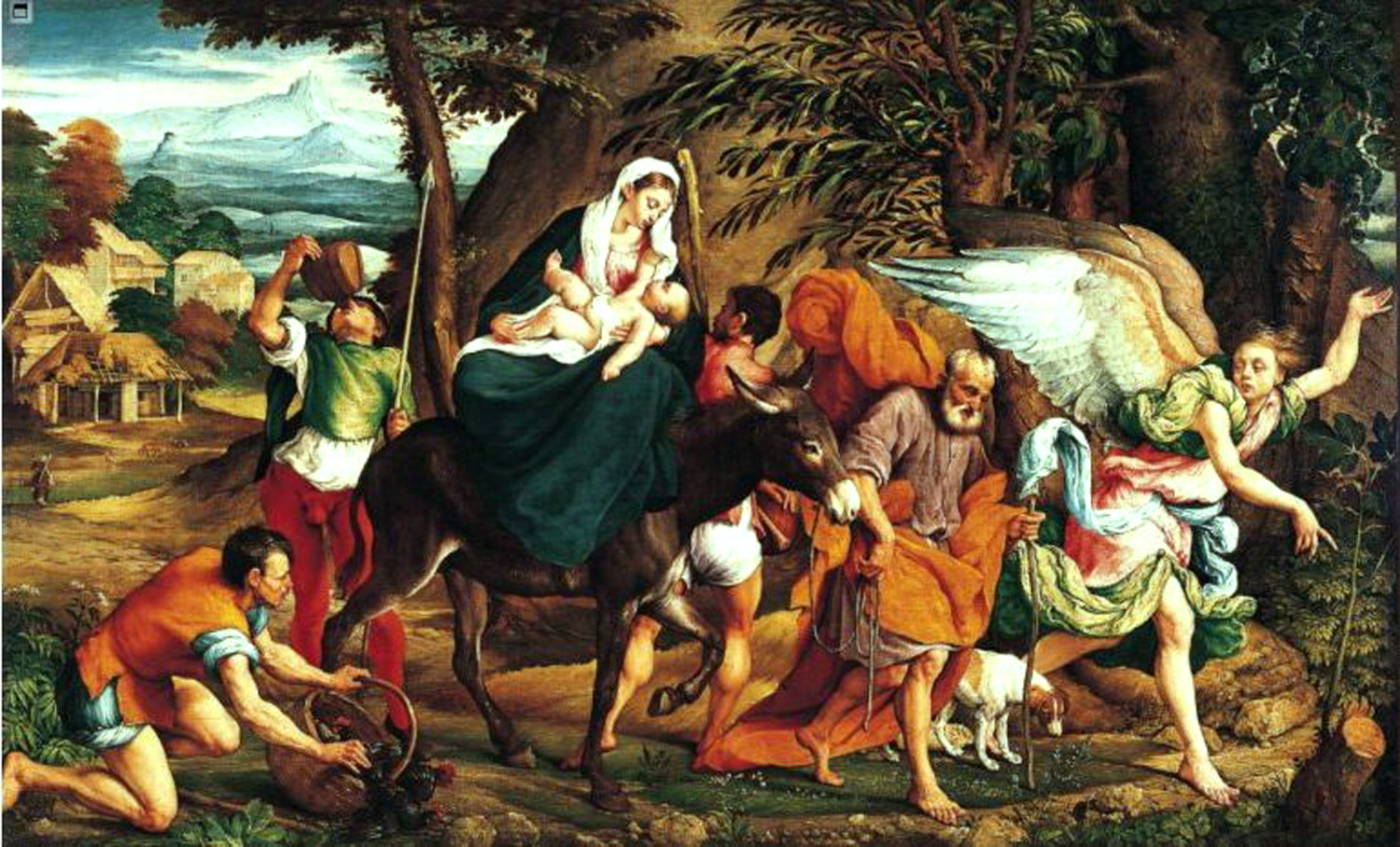 For the past two Christmas seasons, the internet has been rife with images of nativity scenes where the baby Jesus is pictured behind the chainlink fencing of an immigrant detention facility. These pictures come from the Claremont United Methodist Church in Claremont, California, which is known for injecting leftist politics into their activities. Rev. Karen Ristine commented on the offensive display by calling Mary, Joseph, and Jesus “the most well-known refugee family in the world.” Given the fact that the left plans to ignore the immigration crisis as long as President Biden is in charge, I don’t think we will see a lot of the same virtue-signaling this year. However, I think this is a claim worth debunking.

Despite what the left may say, the Holy Family were not refugees. Merriam-Webster’s dictionary defines a refugee as “a person who flees to a foreign country or power to escape danger or persecution.” It is true that Mary and Joseph fled with Jesus to Egypt in order to escape the baby’s certain death at the hands of a despotic ruler. However, they did not flee to a foreign country. At the time, Egypt and Israel were both provinces of the Roman Empire. In that sense, the flight to Egypt was analogous to a family from Claremont, California fleeing persecution to Arizona. By definition, they would not be considered refugees.

Even if we were to bend the definition of a “refugee” to fit the leftist narrative, their argument still does not hold water. The last time I checked, Mexico and Canada don’t have a problem with local magistrates ordering the deaths of all baby boys. Having a low minimum wage doesn’t make you a refugee. If someone is fleeing true persecution in their homeland, they ought to go to the nearest safe country and legally register for asylum. As such, they would stop long before reaching the United States. That is what President Trump’s “Remain in Mexico” policy was all about.

No, the baby Jesus was no refugee, and America is under no obligation to become the world’s homeless shelter. The most compassionate way to help people is to help them as close to their homeland as possible.

What You Need To Know about the 2 vaccine mandates. Andrea Kaye, guest host of the #ProAmericaReport, explains how SCOTUS is adding another day to … END_OF_DOCUMENT_TOKEN_TO_BE_REPLACED

What You Need To Know is January 6th has been politicized. Andrea Kaye, guest host of the #ProAmericaReport, talks about January 6th as we go into the … END_OF_DOCUMENT_TOKEN_TO_BE_REPLACED

What You Need To Know is the history of the covid narrative. Andrea Kaye, guest host of the #ProAmericaReport, gives a list of the narrative that the … END_OF_DOCUMENT_TOKEN_TO_BE_REPLACED

What You Need To Know is it’s not the Federal Government's job to control your health! Guest Host Andrea Kaye says it’s your right to control your own … END_OF_DOCUMENT_TOKEN_TO_BE_REPLACED

If the education establishment wants to know why public schools don't get much respect from our citizenry, they need look no further … END_OF_DOCUMENT_TOKEN_TO_BE_REPLACED

Robert Strange McNamara belongs on the daytime soap operas. Better yet, his histrionics belong on Donahue or Geraldo or Sally Jesse Raphael. We are … END_OF_DOCUMENT_TOKEN_TO_BE_REPLACED