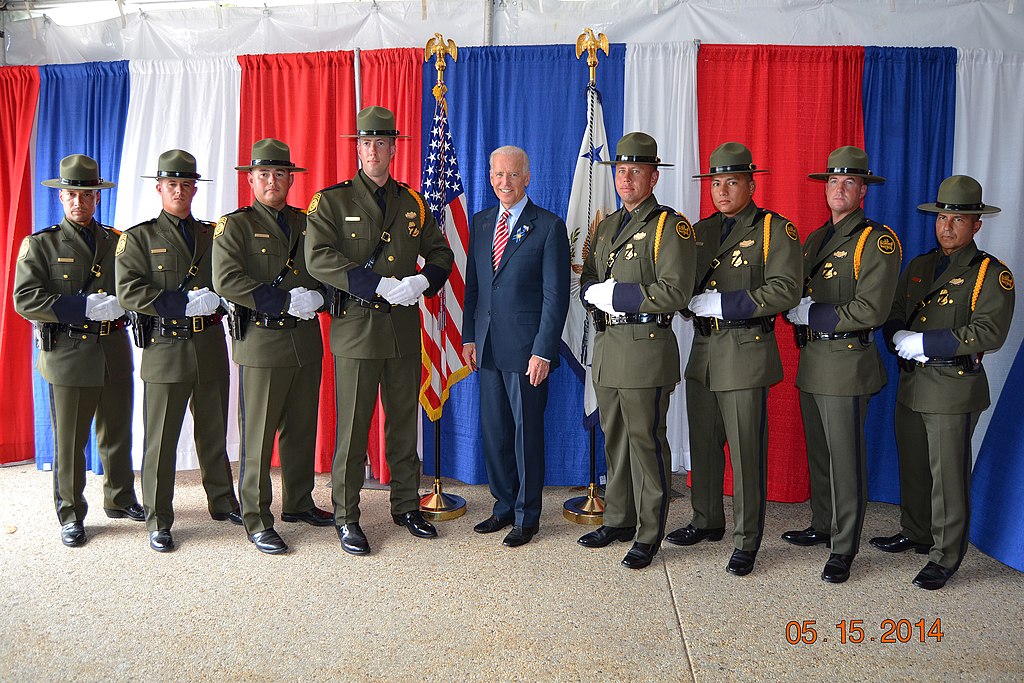 President Joe Biden’s open border policy has resulted in 14,000 illegals camped under the international bridge connecting Texas to Mexico, while tens of thousands more are on the way to join them. There is no Covid testing for illegals without severe symptoms, while law-abiding American citizens are subjected to dehumanizing weekly testing as punishment for declining the experimental Covid vaccine.

These hordes of illegals are supposed to remain in Mexico while their applications for admission are considered, under a wise policy established by President Trump and reaffirmed by a 6-3 vote of the U.S. Supreme Court. Yet, the Biden Administration is determined to use an unending war of lawfare to delay enforcement of legitimate Trump policies as long as possible. His abuse of the court system is yet another reason why the Biden Administration lacks the credibility to govern with the confidence of the American people.

The reported numbers of illegals are daunting. They include the 20,000 Haitians who recently crossed at Del Rio; 100,000 Afghans, whose resettlement Nancy Pelosi funded with $6.3 billion; and more than 1,000,000 illegals who have surged across the southern border since Biden began occupying the White House. These numbers can change election outcomes, which seems to be exactly what the Democrats want. Many of the refugees are being resettled in battleground states, where the margin of difference in a pivotal election can be merely a few thousand votes.

Yet Biden is trying to distract the American people by waging a war against his own Border Patrol after photos were released showing agents rounding up illegals on horseback. By vowing to punish border patrol agents who protect us against foreign intruders, Biden sends the wrong message that every other law enforcement officer should stand down. Why would any official risk his own job and perhaps even his freedom if Biden is going to prosecute them afterwards for enforcing the law?

Yet, Biden does not care about being a good leader for federal employees or for the American people. His commitment to manufactured crises rather than real threats to our national sovereignty makes clear that his leadership is shrouded in political deception.

What You Need to Know Feminists don’t what they are doing! They are about to make another marketing error by utilizing all the wrong imagery and … END_OF_DOCUMENT_TOKEN_TO_BE_REPLACED

Phyllis Schlafly Eagles · #WYNK: Systems Aren't Working in America | April 29, 2022 #ProAmericaReport The following is a transcript from the … END_OF_DOCUMENT_TOKEN_TO_BE_REPLACED

What You Need to Know is that systems aren’t working in America. From homelessness, to immigration, to inflation — we have a set of problems that … END_OF_DOCUMENT_TOKEN_TO_BE_REPLACED

What You Need to Know is American drug overdose deaths hit a new record. We are up to 107,000 Americans who have died in the last year because of … END_OF_DOCUMENT_TOKEN_TO_BE_REPLACED

What You Need to Know about the politics of mask mandates! This week we saw the mask mandate lift on public transportation. Here are two headlines … END_OF_DOCUMENT_TOKEN_TO_BE_REPLACED

What You Need to Know is Rand is right again! He’s leading fearlessly against the swamp in Washington. Rand's latest stand undercuts the GOP's Ukraine … END_OF_DOCUMENT_TOKEN_TO_BE_REPLACED

“He was definitely into video games - shooter games,” a classmate observed about the Buffalo grocery-store mass murderer. A British tabloid reported … END_OF_DOCUMENT_TOKEN_TO_BE_REPLACED