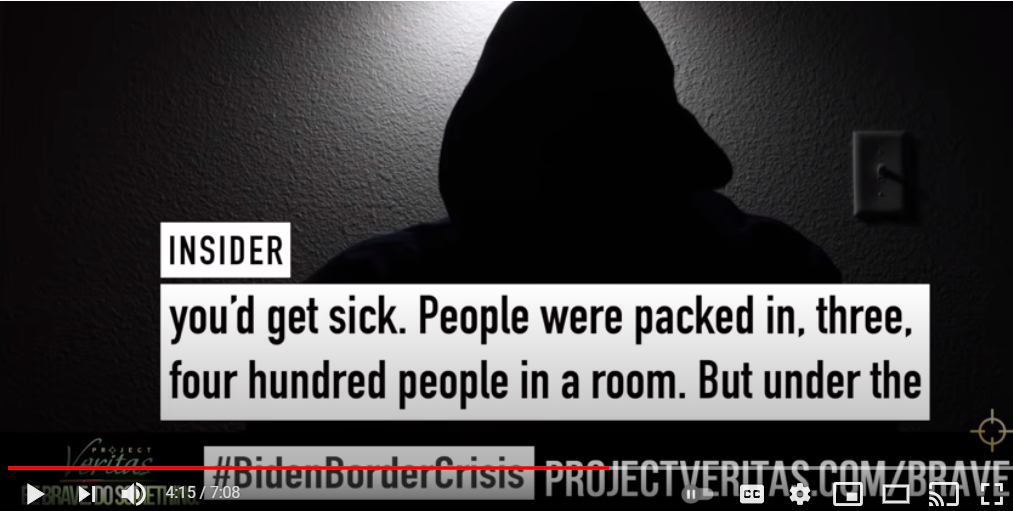 Well, that didn’t take long. It only took a matter of weeks of Biden Presidency before our southern border was overwhelmed by massive hordes of illegal aliens from Central America. This was no accident. These hordes were invited to invade our country by the weak, inept Joe Biden in an effort to drum up new Democrat voters once foolish “path to citizenship” legislation can be pushed through.

However, this immigration crisis is far more than just a political crisis. It is a humanitarian crisis of the highest order. For those traveling across our border on foot, a sea of destitute children stretches far into the southern horizon. In a recent insider interview between an anonymous border patrol agent and Project Veritas founder James O’Keefe, the agent revealed that his worst fear is seeing dead children abandoned in the desert. Even before Biden’s border surge, the agent had personally witnessed scenes of horror at the border as illegal aliens are left to die by their smugglers.

These tragedies are not only affecting those who travel on foot. Horrific car crashes are being caused by the smuggling of illegal aliens in vans. A mere 30 miles from the Mexican border, a high-speed red pickup truck caught the eye of the Texas Highway Patrol, which then instructed the driver to pull over. An American would likely slow down and obey the police officer, but not a truck stuffed to the hilt with illegal aliens. Their driver stepped on the gas, accelerating to even higher speeds, and then crashed head-on into an oncoming car containing an innocent American woman and a young child, after which the smuggler fled on foot. Eight of the nine illegals crammed into the red pickup truck were killed instantly, while the law-abiding American victims in the struck vehicle were rushed for emergency treatment at a hospital.

Hundreds of millions of dollars are being paid to smugglers to import illegal aliens into our country. Though the effect on our welfare and election systems is tragic, every American’s heart should break for the lives lost in the dangerous human smuggling trade. For the sake of those victims both American and foreign, President Biden must immediately secure our southern border.

What You Need to Know about the January 6th prisoners. It seems like those who were arrested because of their involvement on Jan. 6th are being held … END_OF_DOCUMENT_TOKEN_TO_BE_REPLACED

What You Need to Know is Republicans cave on gun rights. Senate Republicans have put on full display the ruling class uniparty by compromising with … END_OF_DOCUMENT_TOKEN_TO_BE_REPLACED

What You Need to Know is Who’s against Trump. This select committee for Jan 6th is a dangerous kangaroo court. It's really just a show trial and we … END_OF_DOCUMENT_TOKEN_TO_BE_REPLACED

Phyllis Schlafly Eagles · July 1 | The High Stakes of Parental Responsibility If you are not a stranger to the Phyllis Schlafly Radio Commentaries, … END_OF_DOCUMENT_TOKEN_TO_BE_REPLACED