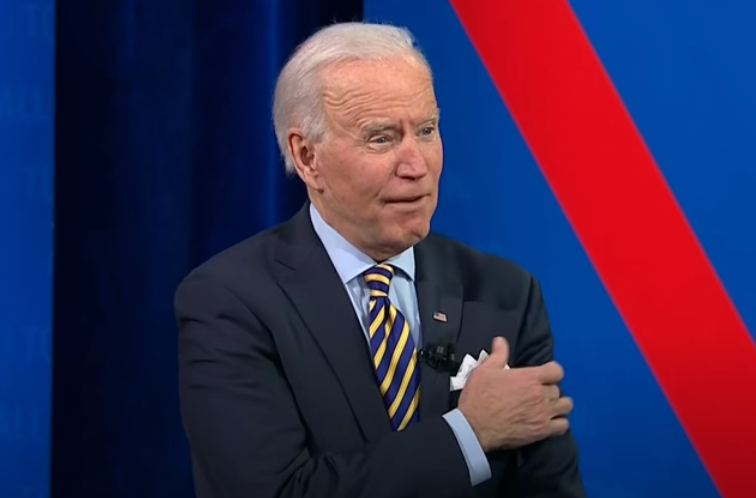 The crisis at our southern border has gone from bad to worse. If you don’t believe me, just watch the clip of Biden’s press secretary trying to explain why Biden has taxpayers paying for illegal aliens to stay in hotels while our national guard had to spend nights in freezing winter weather sleeping on the floor of a parking garage during their unnecessary deployment in Washington, D.C.

Biden refuses to visit the southern border, although pictures smuggled out by Democrat Representative Henry Cuellar reveal deplorable living conditions. Just imagine the howls of protest and scandal if this had occurred under Donald Trump. However, President Trump never would have done what his successor did. Biden announced that illegal immigrants in Mexico who seek asylum in the United States could be released into our country to roam freely while awaiting a years-long judicial process. This obvious invitation is what incited the stampede.

With such an obvious policy blunder unfolding further and further every day, it is no wonder Biden hid from the media longer than any president in modern history. For the first time in more than a hundred years, the president spent more than sixty days in office without giving a solo press conference. When he finally did give a press conference, it was obvious that the whole thing had been scripted. Press Secretary Jen Psaki openly asked for questions to be submitted to her beforehand, and none of the questions from the sixty-two-minute press conference were particularly challenging. Yet, it was clear that Biden was reading heavily from the notes in front of him on the podium. As if all of these stumbles weren’t bad enough, President Biden was caught on camera stumbling up the stairs to Air Force One. He managed to fall down three times. Any claims that this was caused by strong wind is totally absurd. America wants a president who stands tall, not one who falls flat. Whether it’s tackling a crisis at the border, a press conference, or a flight of stairs, President Biden has proven that he is not up for the task.

What You Need to Know about the January 6th prisoners. It seems like those who were arrested because of their involvement on Jan. 6th are being held … END_OF_DOCUMENT_TOKEN_TO_BE_REPLACED

What You Need to Know is Republicans cave on gun rights. Senate Republicans have put on full display the ruling class uniparty by compromising with … END_OF_DOCUMENT_TOKEN_TO_BE_REPLACED

What You Need to Know is Who’s against Trump. This select committee for Jan 6th is a dangerous kangaroo court. It's really just a show trial and we … END_OF_DOCUMENT_TOKEN_TO_BE_REPLACED

Phyllis Schlafly Eagles · July 6 | Will Globalists Build the Future? Amid chaos on many fronts, globalists march forward into the night. Klaus … END_OF_DOCUMENT_TOKEN_TO_BE_REPLACED

“This is about the future of the liberal world order and we have to stand firm,” declared Biden Administration official Brian Deese. “Liberal world … END_OF_DOCUMENT_TOKEN_TO_BE_REPLACED