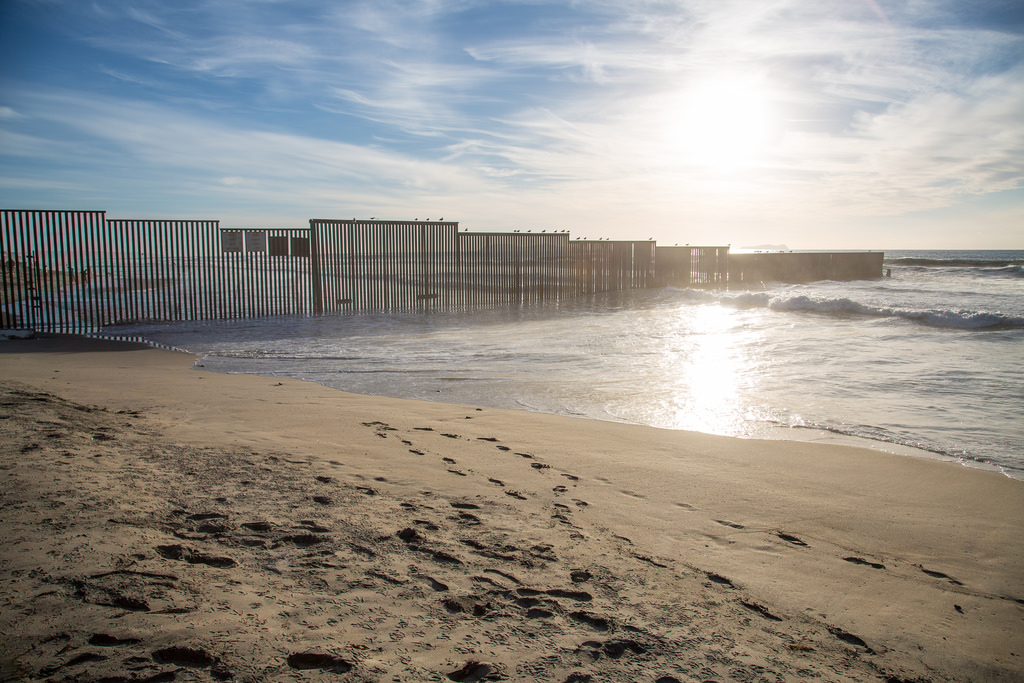 Reports that Stephen Miller is back in charge on border security are welcome, and even overdue. The departure of Kirstjen Nielsen as Secretary of Homeland Security creates a golden opportunity for President Trump and the American people to take control of our southern border, just in time for Trump’s reelection campaign.

President Andrew Jackson had to fire two of his Treasury Secretaries before he finally found one who would implement his policy against a national bank, which was Jackson’s core issue. President Trump, the modern president most like Jackson in style, can pick a Homeland Security Secretary who will implement Trump’s policies on border security. 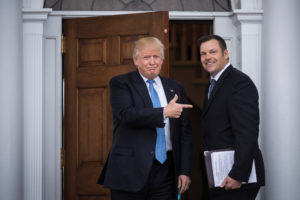 Kris Kobach has been the leader on this issue for decades. He’s the man the Leftists most want to prevent from becoming Secretary of Homeland Security, which simply reinforces how important it is for Trump to nominate him for this job or appoint him as immigration czar.

Kris Kobach has been the leader on this issue for decades. Phyllis Schlafly had Kris speak at her events long before he became the Secretary of State of Kansas, and after that the Trump-endorsed Republican nominee for governor.

Trump’s first two Homeland Security Secretaries were fine folks, but neither had sufficient litigation experience in how to navigate the hostility of liberal courts to real border security. Everything President Trump tries to do to protect our country at our southern border is blocked by lawsuits filed in activist courts.

Kobach has been litigating on the right side of this issue for years, winning some while being harshly treated by liberal judges in others. He’s the man the Leftists most want to prevent from becoming Secretary of Homeland Security, which simply reinforces how important it is for Trump to nominate him for this job or appoint him as immigration czar.

Kobach has explained that the Homeland Security Department has been the “biggest impediment” to Trump accomplishing at the border what he was elected to do. Career workers there have slow-walked or outright rejected the sensible changes that Trump and his top aide on this issue, Stephen Miller, have sought.

For now, the U.S. Customs and Border Protection Commissioner Kevin McAleenan will temporarily replace Nielsen as acting secretary. McAleenan is hard-working and widely respected, but nothing in his background suggests a willingness to anticipate and overcome the judicial activism which thwarts President Trump’s attempts to secure the border.

Instead, McAleenan looks for ways to accomplish more within the framework imposed by the courts and prior administrations. That approach will not get the job done, as nearly everyone on both sides of the issue recognizes.

What is needed is a decisive leader on this fundamental issue, as Trump himself has been. Kobach explained on Monday three big improvements Trump could do immediately for the border.

First, the Trump Administration should issue a regulation that replaces the court-ordered “Flores” settlement which generally requires releasing teenage and younger illegal aliens from custody. That Flores settlement, named after a 15-year-old girl who came here illegally from El Salvador, was a pro-illegal immigration deal cut by the Clinton Administration and used by the ACLU to interfere with Trump’s border control.

Judges would rule more quickly on the asylum applications under Kobach’s proposal, and word would get back to the countries south of the border that no one will be allowed into the United States pending a frivolous application for asylum. The game of claiming asylum and then evading deportation by exploiting the delay in the processing of the application would be over.

Third, Kobach suggests that the Treasury Department issue a regulation ending the common practice of illegal aliens wiring money in remittances back home. Currently Mexico has an incentive to send illegal aliens here because they transfer billions of American dollars annually back home after they get here, which obviously is profitable to Mexico.

Unlike Canada, Mexico has refused to sign a “safe third country agreement” which requires migrants to apply for asylum in the first safe country they arrive in. Mexico allows hundreds of thousands of migrants to travel through their country in order to seek asylum in the United States, rather than in Mexico.

Kobach has been litigating against the ACLU and other enemies of Trump for decades, and his wealth of experience in dealing with activist pro-immigration courts is essential to making any real progress. Kobach has unmatched experience on election fraud by illegal aliens, housing and job problems caused by illegal aliens, and the unfair in-state tuition granted by some public universities to illegals.

“We’re bucking a court system that never rules for us,” Trump observed about judicial activism. Trump should “lawyer up” by picking Kobach to implement real border security.

What You Need to Know is the immigration problem is being hidden from us! We are being inundated by illegals and by unvetted refugees and told to just … END_OF_DOCUMENT_TOKEN_TO_BE_REPLACED

What You Need to Know is there’s an epidemic of fear! One problem we have in this nation is the fear seizing us ... why so much fear?  Because the … END_OF_DOCUMENT_TOKEN_TO_BE_REPLACED

What You Need to Know is There's a Crisis of Accountability in American leadership. Antony Blinken is testifying before House and Senate today and … END_OF_DOCUMENT_TOKEN_TO_BE_REPLACED

Some $85 billion worth of America’s most advanced military technology was left behind in Afghanistan, a shocking revelation that by itself would … END_OF_DOCUMENT_TOKEN_TO_BE_REPLACED

What You Need to Know is mass immigration hurts America. The Left wants you to believe that Mass Immigration Is the Key to American Renewal. They … END_OF_DOCUMENT_TOKEN_TO_BE_REPLACED

While President Biden tries to blame Donald Trump or even Afghans themselves for the collapse of Afghanistan to the Taliban, the real lesson is the … END_OF_DOCUMENT_TOKEN_TO_BE_REPLACED

Phyllis Schlafly Eagles · September 21 | Trump Calls Out Betrayer Barr and Others More than $100 million was spent on the Mueller investigation, … END_OF_DOCUMENT_TOKEN_TO_BE_REPLACED

Phyllis Schlafly Eagles · September 10 | Woke Means You Lose President Donald Trump may not have a job in the Oval Office at the moment, but he … END_OF_DOCUMENT_TOKEN_TO_BE_REPLACED

Phyllis Schlafly Eagles · September 8 | Epic Trump Takedown, No Holds Barred Donald Trump has come back to the national spotlight, and he returns … END_OF_DOCUMENT_TOKEN_TO_BE_REPLACED

After publishing articles that wrongly disparaged anyone who suggests that Covid-19 might be a man-made virus from China, the liberal British medical … END_OF_DOCUMENT_TOKEN_TO_BE_REPLACED