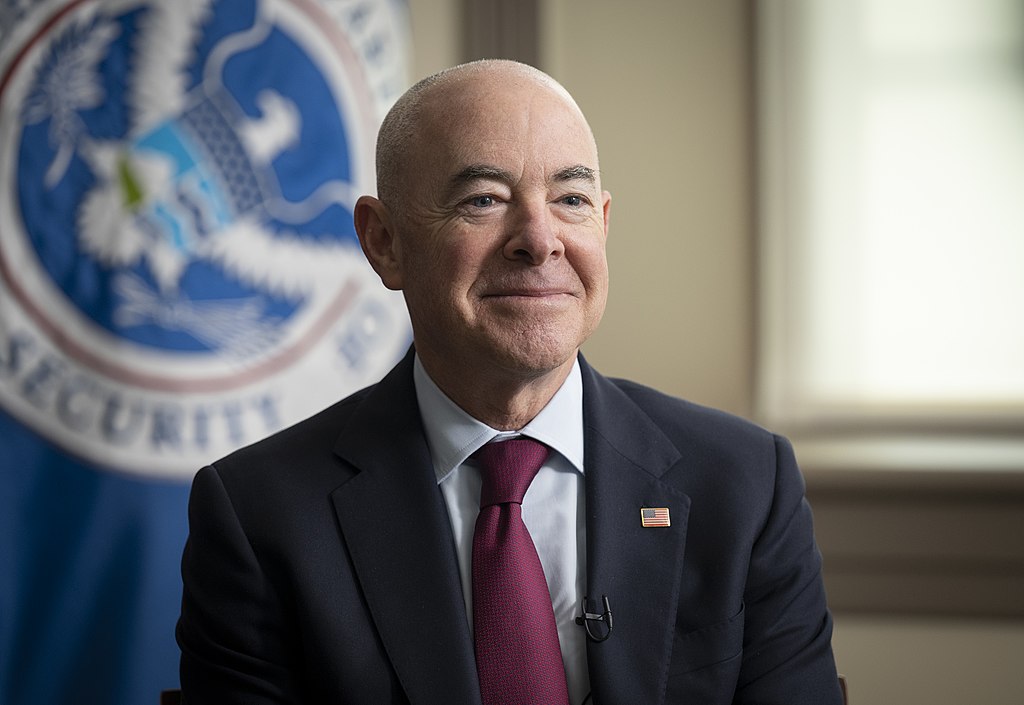 Secretary Alejandro Mayorkas of the Department of Homeland Security is not someone that I share a lot of political common ground with. However, the Biden appointee and I have voiced at least one common view recently . He released a statement saying that human smugglers who sneak people across our border are “callous individuals who have no regard for the vulnerable people they exploit and endanger in order to make a profit.” I couldn’t agree more with Secretary Majorkas.

The only problem is that Majorkas does not seem to practice what he preaches. He released the statement in response to a tragic and very public case in which more than fifty men, women, and children were killed after being left to die in the back of a tractor-trailer. These poor people, who died primarily of prolonged exposure to extreme heat under the scorching Texas sun, were illegal immigrants who had just sneaked across the border.

Although conservatives are often painted as not caring about the plight of illegals, the exact opposite is true. Sure, we want to stop illegal immigration to deter crime, dependence on social services, and attacks on national sovereignty, but we also want what is best for the would-be migrants themselves. Secretary Mayorkas is right. Human smugglers are not good people. Some might even call them “bad hombres.” They have no regard for the welfare of the people they traffic. Women and girls are routinely sexually assaulted on these border crossings, and those who fall behind are left to die in the desert.

Anyone who cares about the welfare of illegal immigrants should be doing everything possible to discourage them from making this dangerous journey in the first place. If Secretary Mayorkas truly believes what he said about traffickers, he should be the first person to advocate for building a big, beautiful wall. Instead, the policies he takes on as handed down by the White House seek only to encourage, not discourage, more dangerous illegal border crossings. How many more people must die before the Biden Administration mercifully secures our borders once and for all? No child should die in the back of a tractor-trailer because of President Biden’s horrible policies.

What You Need to Know is that the government is destroying people’s lives over a political narrative. You need to understand the realities of the Jan. … END_OF_DOCUMENT_TOKEN_TO_BE_REPLACED

What You Need to Know is why Trump is not an echo of other candidates before him. Phyllis Schlafly famously first used that phrase — a choice, … END_OF_DOCUMENT_TOKEN_TO_BE_REPLACED

What You Need to Know is why Trump is not an echo of other candidates before him. Phyllis Schlafly famously first used that phrase — a choice, not an … END_OF_DOCUMENT_TOKEN_TO_BE_REPLACED

Phyllis Schlafly Eagles · November 23 | Tables Turn on Immigration Crisis When referring to Republicans, Democrats talk about how no one is above … END_OF_DOCUMENT_TOKEN_TO_BE_REPLACED

What You Need to Know is Europe is setting up their own CIA. The public claims are that this is to fight Chinese spying, but the reality is this new … END_OF_DOCUMENT_TOKEN_TO_BE_REPLACED

Phyllis Schlafly Eagles · December 2 | The Past, Present, and Future of the War on Christmas Haul out the holly and bring out the boxing gloves. … END_OF_DOCUMENT_TOKEN_TO_BE_REPLACED