Internal memos obtained from DHS show that while “migrant encounters” on the southern border exceeded two million last year, not even 3,000 (down from a usual 20-some thousand) cases were transferred to federal Marshals for prosecution.

“The Administration can continue a string of excuses and blame, but the truth is they are accelerating our border crisis as best they can,” Martin continued. “The elimination of Title 42 protections, the ‘Remain in Mexico’ policy, and now this halt to prosecutions for illegal crossings all reveal an incredible, systematic move to undo any progress on immigration policy by the Trump Administration.

“Our Border Patrol are overwhelmed and our southern border is overrun. The Cartels are calling the shots and Joe Biden’s White House is essentially aiding and abetting the drug smuggling and human trafficking that is running rampant in the southern United States.”

Martin concluded, “We need both parties in Congress and in our state governments to stand up and say ‘no more’ to the chaos at our border! Biden’s policies are devastating not only our U.S. sovereignty and economy but the dreams of all those immigrants seeking to legally enter the United States to do better for themselves and their families. We must have change now before it’s too late.”

What You Need to Know is don’t be a part of the problem! We still don’t know why Trump’s home in Mar-A-Lago was raided this week. Let’s be clear, the … END_OF_DOCUMENT_TOKEN_TO_BE_REPLACED

What You Need to Know about the lies of climate change. Our politicians are wasting their time arguing about climate change. Whether you believe Al … END_OF_DOCUMENT_TOKEN_TO_BE_REPLACED

What You Need to Know is that the Monkeypox scenario is another farce. They are trying to string us along again, like they did with Covid-19. We are … END_OF_DOCUMENT_TOKEN_TO_BE_REPLACED 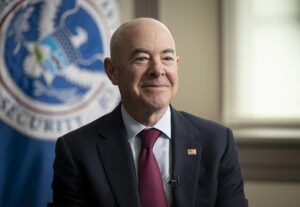 Phyllis Schlafly Eagles · August 19 | Abortion Poll Gives Confusing Results When it comes to polling, the answers you get depend on the questions … END_OF_DOCUMENT_TOKEN_TO_BE_REPLACED

Phyllis Schlafly Eagles · #WYNK: Is the FBI Beyond Reform? | August 17, 2022 #ProAmericaReport The following is a transcript from the Pro America … END_OF_DOCUMENT_TOKEN_TO_BE_REPLACED