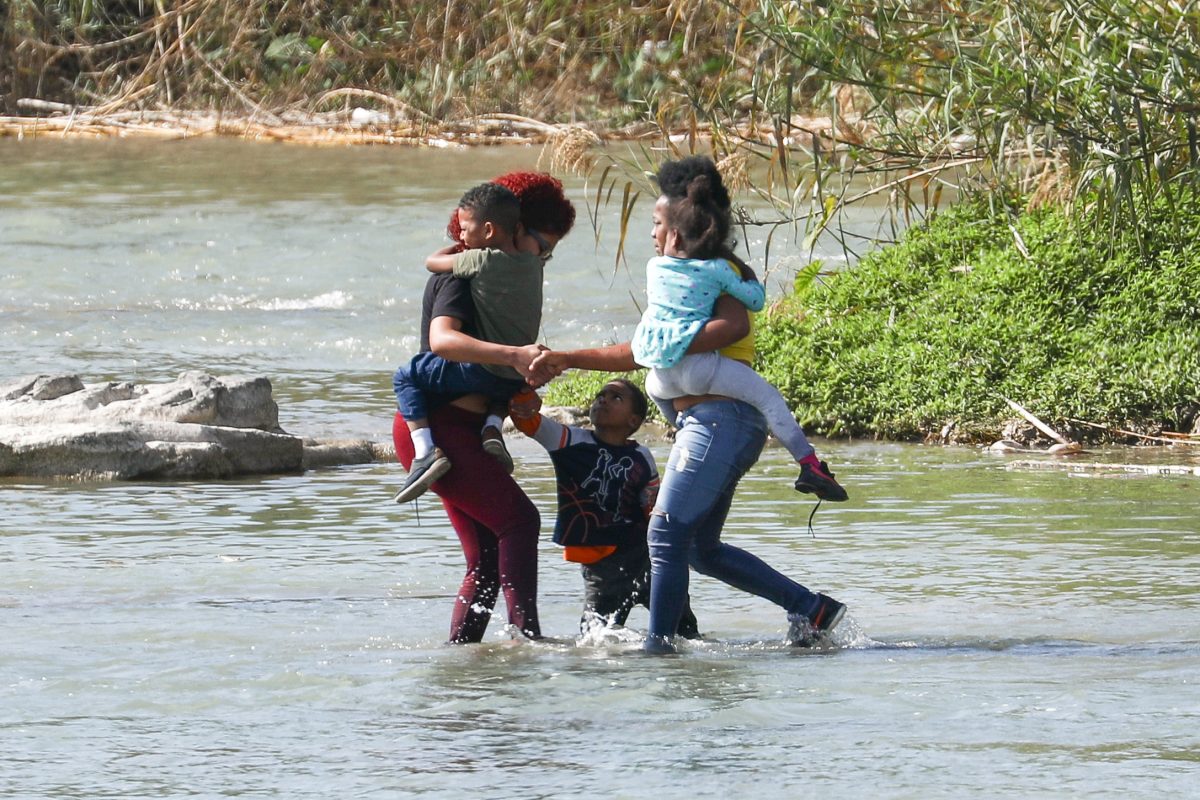 In just one week, the number of migrants from Africa crossing the Rio Grande into Texas was more than double the total number of Africans caught crossing our entire southern border during all of last year.  Border patrol agents are baffled at how or why these migrants, who are mostly from the Republic of the Congo, are flooding across our southern border with Mexico.

The “why” is easy: like six billion other people around the globe, they seek the peace, freedom, security, and prosperity of the United States.  The “how” is less clear, because it requires secret donors to fund flying them first to a country in Central America, from where they are directed to ride or walk toward the United States and enter here illegally.

Even though some of these African migrants may have legitimate claims for asylum, they still have no right to be here.  Under international law they should seek asylum in the first safe country in which they arrive, which is not the United States.

Unfortunately our open southern border has become so famous now worldwide that migrants from every far-flung continent consider coming here illegally.  With liberal cities rolling out the welcome mat, why not take advantage of a free plane ride and then wade across the Rio Grande?

Entitlement programs flow to illegal immigrants like a fire hose, at tremendous taxpayer expense.  There may be liberal billionaires who are funding the expenses to relocate these migrants to Maine, but once here American taxpayers are footing their immense bills.

So many of these African migrants have arrived in Portland, Maine, that it has converted its Expo Center into a shelter for them on an emergency basis.  Taxpayers are already paying for police protection, interpreters, medical services, three full meals a day, and sleeping accommodations.

What You Need to Know is thank Trump for the end of Roe v. Wade. As great as the March for Life was last week and excited as my family was to … END_OF_DOCUMENT_TOKEN_TO_BE_REPLACED

What You Need to Know is Joe Biden’s ego will be his undoing. He should drop executive privilege and get this classified documents investigation over … END_OF_DOCUMENT_TOKEN_TO_BE_REPLACED

For Immediate Release: January 26, 2022Contact: Ryan Hite, Communications Director Solution Staring Us In the Face to Save American Lives: Shut the … END_OF_DOCUMENT_TOKEN_TO_BE_REPLACED

What You Need to Know is the chaos in the House isn’t bad! This is the messy representative system of our republic at work. Only one side is offering … END_OF_DOCUMENT_TOKEN_TO_BE_REPLACED

Phyllis Schlafly Eagles · February 3 | "Woman" Is the Word of the Year The internet is a powerful tool that most of us use every day. … END_OF_DOCUMENT_TOKEN_TO_BE_REPLACED