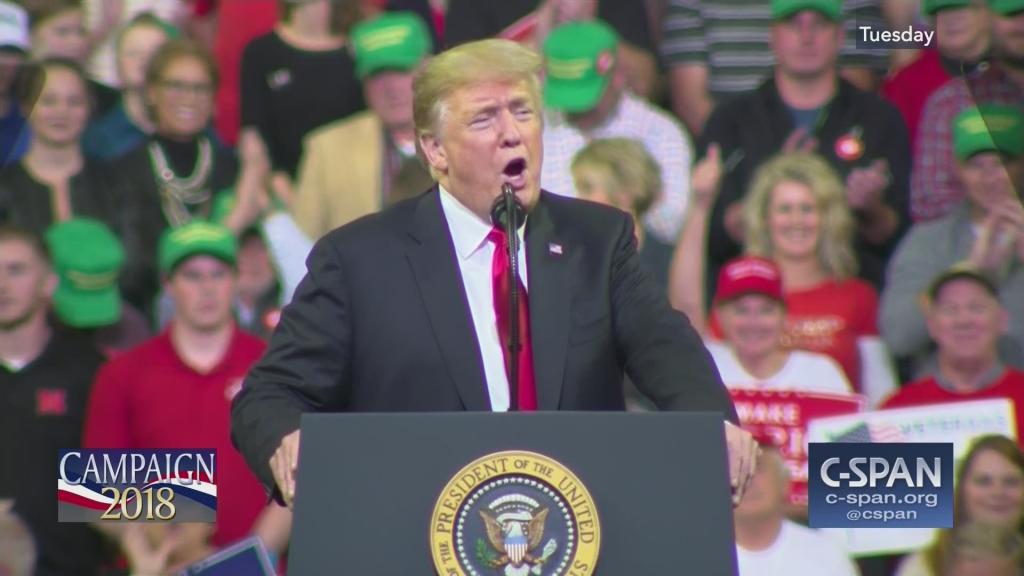 After the Republican Party had been declining in strength in the executive and judicial branches, and in the U.S. Senate, Trump’s realignment has brought new life to all three.  The Election Day results dismayed those who predicted a massive blue wave, and instead ushered in more evidence that Trump is the real future of the GOP.

Trump achieved what was thought to be impossible in ousting the entrenched liberal Claire McCaskill from her Senate seat in Missouri, by holding massive rallies that attracted tens of thousands to Trump.  No one could have sent the Leftist-funded McCaskill to an early retirement other than Trump. 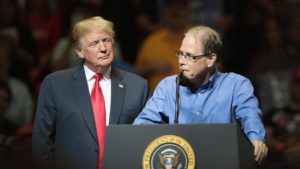 Polls said that Democratic Senator Joe Donnelly would win reelection easily in Indiana, but instead he lost to political newcomer Mike Braun by a wide margin of 6 points.

The Republicans who lost were mostly anti-Trumpers, as the president observed in reviewing the election results.  “Mia Love gave me no love,” Trump quipped about the Republican who lost in the deep red state of Utah, and he listed other GOP candidates who drove their own defeat by opposing him.

By securing and even expanding on GOP control of the upper chamber, Trump paves the way for more conservative judges to join the federal bench.  Democrats now admit that they lack a realistic chance of retaking the Senate until at least 2022, which means that Trump could have four more years of conservative judicial appointments.

Republican candidates won the governorships in Ohio and Iowa, in a further indication of how well Trump plays in the heartland.  And it appears that the Republican senate and governor candidates in Florida also defied the polls and scored impressive wins.

A realignment of politics is taking place in America, greater than any since the 1960s when the South swung to the Republican Party and African Americans switched more heavily to Democrats.  Prior to that southerners voted primarily for Democrats and a substantial fraction of blacks voted for the GOP.

Blue-collar America is turning more Republican, while big cities and the Left Coast continue to drift more to the Democrats.  Working class men and their wives are shifting to the Republican Party for the first time, while single and divorced women tilt more heavily to the Democrats.

Voters like Republicans in charge in the White House, most governor’s mansions, and most senates, while Democrats made gains in the lower houses of legislatures.  This bodes well for re-electing Trump in 2020 and restoring respect for the Constitution to the federal judiciary with senate confirmations of Trump nominees.

Iowa, in some ways a political cross-section of the entire country, displayed the cross-currents in this realignment.  Democrats won seven new suburban seats in the House, but lost two blue-collar seats to Republicans.

In the Iowa Senate, the GOP actually had a net gain of two seats from the Democrats, again by racking up surprise victories in blue-collar districts.  Trump’s persona and his America First policies resonate so well with working class Americans that Democrats suffered upset losses in those districts.

Conservative Congressman Steve King triumphed once again over vicious late hits and ambushes, which illustrates the tremendous resilience of those who are most principled.  The Republican governor of Iowa, Kim Reynolds, also won reelection.

The Rust Belt state of Ohio elected a Republican governor, re-elected all its Republican congressmen, and re-elected a supermajority of Republican control over its state legislature.  This is a state that President Trump has successfully turned from purple to deep red, after Obama had won it in 2008 and 2012.

With only about 15 months left for the Democrats to coalesce around a presidential contender to run against President Trump, they have no one who can compete with him in middle America.  Polls said that Democratic Senator Joe Donnelly would win reelection easily in Indiana, but instead he lost to political newcomer Mike Braun by a wide margin of 6 points, which could have even been a 10-point loss in the absence of the Libertarian Party candidate.

Runaway early voting procedures ensured Republican losses in Arizona, California and Nevada, and there is nothing Trump could have done to avert that.  But Trump brought victories where none were expected, such as all-important U.S. Senate seats representing middle America.

The campaign for the presidency starts after the midterm elections, and Democratic contenders are already jockeying for position.  But Trump appears invincible in the South, most of the Midwest, much of the Rust Belt, and nearly all of flyover country, which doesn’t leave enough Electoral College Votes for the Democrats to regain the White House.

Trump worked harder in campaigning for his supporters than any president in history, Republican or Democrat.  Republicans would have done better in the House if more candidates had stood with him, as the Senate candidates did.

Phyllis Schlafly Eagles · #WYNK: How to Drain the Swamp in 2022 | May 13, 2022 #ProAmerica Welcome. Welcome, welcome!  Ed Martin here on the Pro … END_OF_DOCUMENT_TOKEN_TO_BE_REPLACED

What You Need to Know is Montpelier is going Woke. Soledad O’Brien is now on the board of directors of Montpelier, James Madison’s home. She is part … END_OF_DOCUMENT_TOKEN_TO_BE_REPLACED

Phyllis Schlafly Eagles · May 10 | Politicians Are "Tossed To and Fro" on Energy Policy Ephesians 4:14 in the Bible calls for Christians … END_OF_DOCUMENT_TOKEN_TO_BE_REPLACED

Phyllis Schlafly Eagles · #WYNK: Our Election System is Broken | May 18, 2022 #ProAmericaReport Welcome, welcome, welcome. Ed Martin here on The Pro America Report. Great to be together. I’m actually in Pennsylvania right now. I came up to Pennsylvania from the Swamp, and I will give you a report on the election in […]

Phyllis Schlafly Eagles · #WYNK: Montpelier is going Woke | May 19, 2022 #ProAmericaReport The following is a transcript from the Pro America … END_OF_DOCUMENT_TOKEN_TO_BE_REPLACED

Phyllis Schlafly Eagles · May 19 | Boys and Girls and Grades? ** Previously recorded by Phyllis Schlafly // May 2015 ** Colleges claim they … END_OF_DOCUMENT_TOKEN_TO_BE_REPLACED