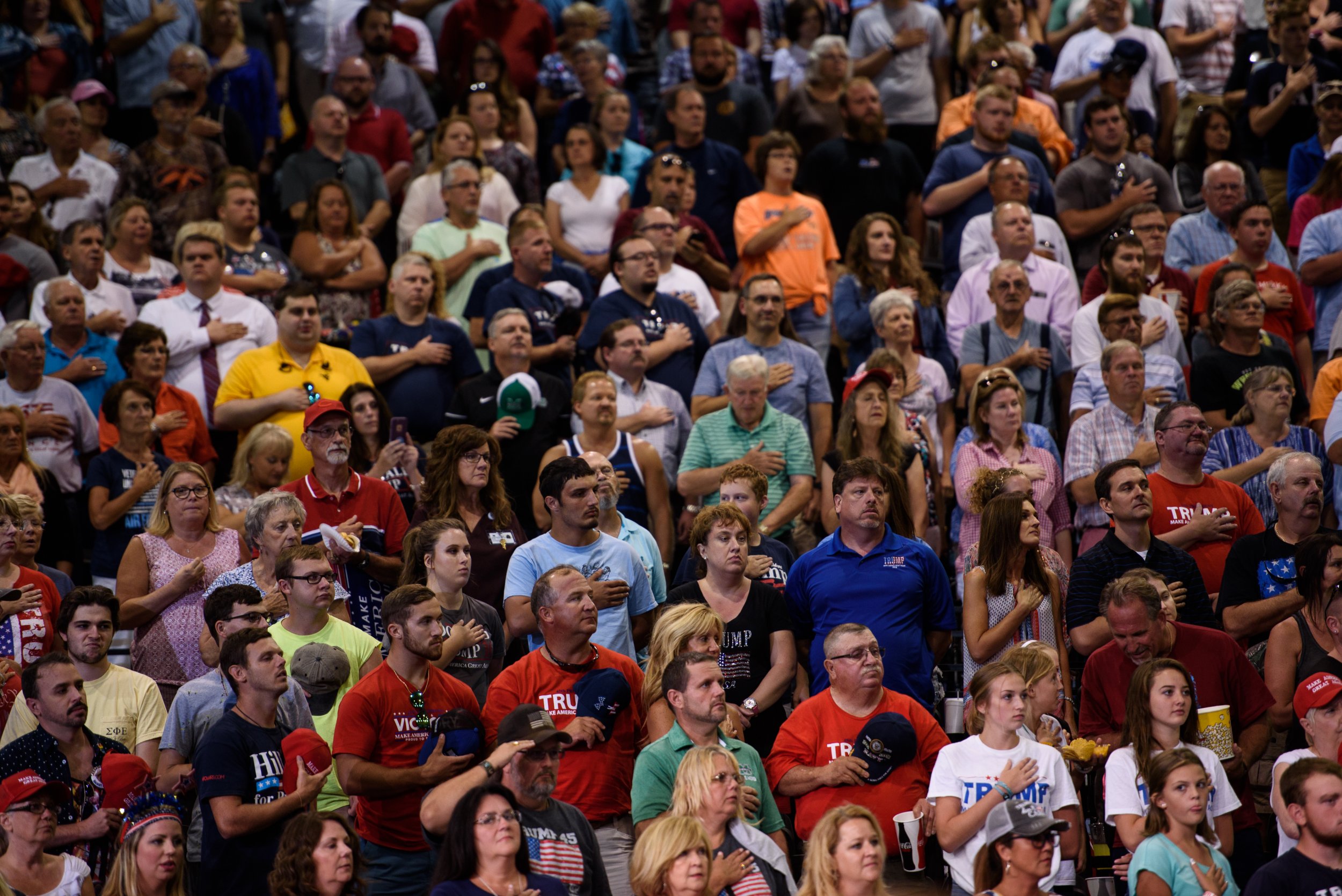 “I pledge allegiance to the Flag of the United States of America, and to the Republic for which it stands, one Nation under God, indivisible, with liberty and justice for all.” These 31 simple words are one of the few things almost every American has in common. Most of us have fond memories of putting our hands over our hearts and facing the flag as we deliver our solemn gesture of respect and pride at the start of the school day. Even though we all have this deeply personal connection, very few of us know the beautiful story behind these beautiful words.

The author of the Pledge was a man named Francis Bellamy. He attended the public schools as a child, so he knew where the pledge would be going. He started his adult life as a Baptist minister, but went on to take a position in the promotions department of the family magazine Youth’s Companion. One of his primary duties was to promote a patriotic display in public schools nationwide in honor of the 400th anniversary of Christopher Columbus’s iconic voyage to America. Bellamy  successfully lobbied President Benjamin Harrison to declare Columbus Day an official holiday.

Another task Bellamy was assigned to was drafting a short pledge to be recited by the schoolchildren in unison. After hours of “arduous mental labor” on a sultry August evening, Bellamy completed his greatest masterpiece. It wasn’t the pledge you and I know today, but it spread like wildfire throughout America. After fifty years, it was officially codified in the U.S. Flag Code. In 1954, the words “under God” were added to acknowledge our reliance as a nation on divine Providence.

Some noisy liberals have tried to decimate and desecrate the Pledge through the years. That shouldn’t come as a surprise. Liberals tend to have a problem with anything patriotic. However, despite the criticism and hate, the Pledge of Allegiance remains a grand American tradition. It reminds us to never back down or sit down in defense of America. The Pledge of Allegiance lets the world know that America will forever stand united. Let’s broadcast its message from sea to shining sea.

Phyllis Schlafly Eagles · December 9 | Are Supporters of America First Scrooges? It’s going to be a long, cold winter in the United States, but … END_OF_DOCUMENT_TOKEN_TO_BE_REPLACED

What You Need to Know is we are in a proxy war with Russia. Until now, we’ve been able to at least try to say we have given Ukraine defense weapons … END_OF_DOCUMENT_TOKEN_TO_BE_REPLACED

What You Need to Know is a lesson on documents and double standards. Suddenly everyone has classified documents and everyone is spinning the stories … END_OF_DOCUMENT_TOKEN_TO_BE_REPLACED

What You Need to Know is to thank the Freedom 20 who took up the House Speaker fight last week. Get the list here — it only takes 3-5 minutes … END_OF_DOCUMENT_TOKEN_TO_BE_REPLACED

What You Need to Know is Mom first! Life begins at conception. But what if the pro-life movement reframed the battle. What if we advertised that life … END_OF_DOCUMENT_TOKEN_TO_BE_REPLACED