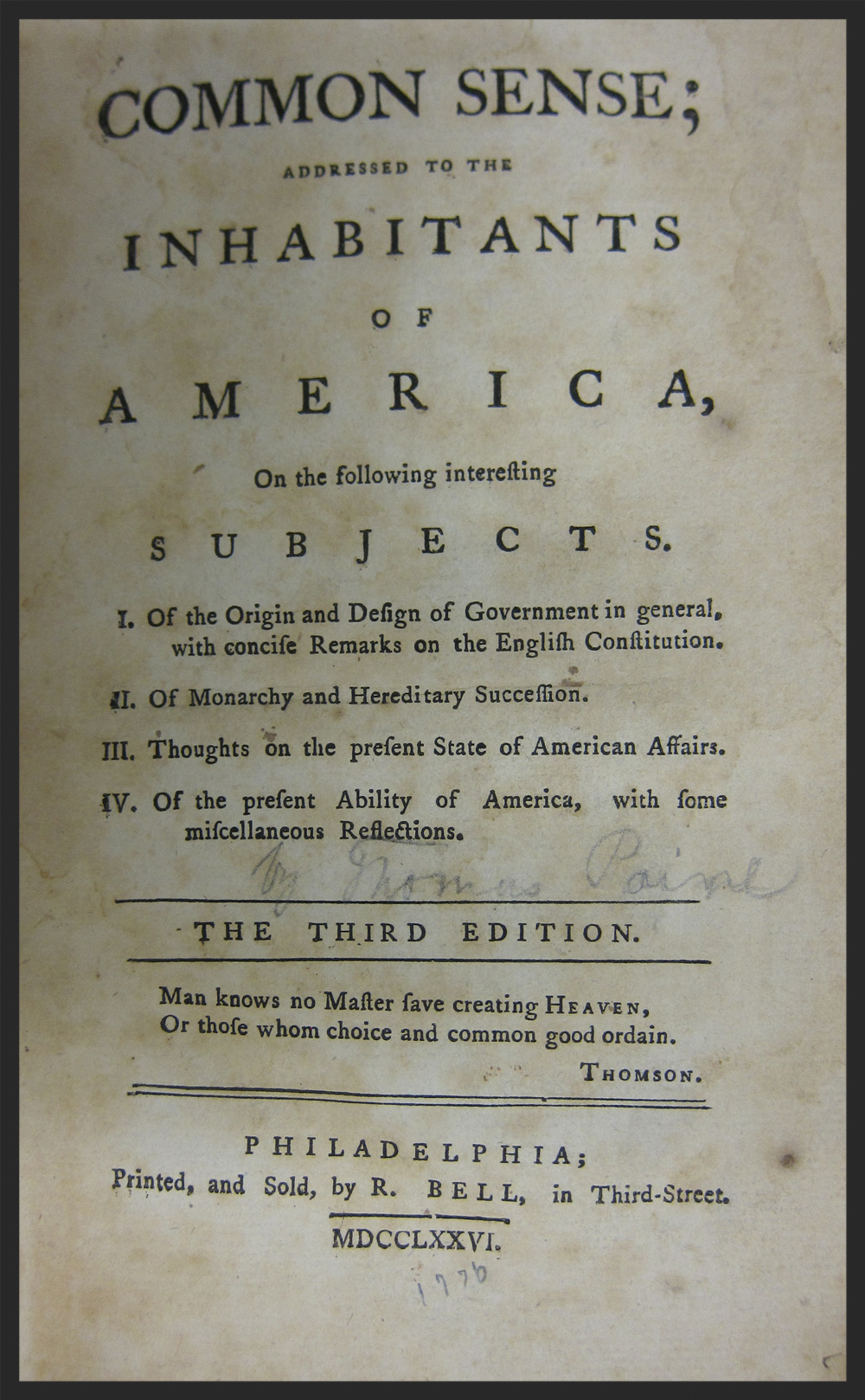 They say common sense isn’t as common as it used to be. That is certainly true if you are talking about the pamphlet written by Thomas Paine in 1776. Over the course of the American War for Independence, half a million copies of Paine’s Common Sense were printed for America’s two million citizens.

His writings were so influential that John Adams would remark that “Without the pen of the author of Common Sense, the sword of Washington would have been raised in vain.” The birthday of an American like Paine is worth recognizing. We could all stand to learn a few life lessons from this important historical figure.

Even though Thomas Paine was a corset maker by trade, it was clear to see that he had a gift for words. He coupled this talent with burning passion and dauntless devotion. That combination proved to be a recipe for success and America is a better place because of it.

If you will indulge me, I’d like to read a few opening lines from Paine’s second pamphlet, which General George Washington had read aloud to all his troops in late 1776.

“These are the times that try men’s souls: The summer soldier and the sunshine patriot will, in this crisis, shrink from the service of their country; but he that stands it now, deserves the love and thanks of man and woman. Tyranny, like Hell, is not easily conquered; yet we have this consolation with us, that the harder the conflict, the more glorious the triumph. What we obtain too cheap, we esteem too lightly: it is dearness only that gives everything its value. Heaven knows how to put a proper price upon its goods; and it would be strange indeed if so celestial an article as freedom should not be highly rated.”

Thomas Paine may be long dead, but these words could have been written yesterday.

Like the patriots of 1776, the patriots of 2021 face tremendous challenges ahead. We must purpose in our hearts not to be summer soldiers or sunshine patriots. The fight to keep our liberty may be hard, but the reward is still of great value for ourselves and for those we love most.

What You Need to Know about the Drums of War. The drums of war are being pounded by media and Biden - don't fall for it! More and more American … END_OF_DOCUMENT_TOKEN_TO_BE_REPLACED

“Why are we allowing someone that makes $500,000 to get a discount on an electric vehicle? That doesn’t make any sense to me at all,” Sen. Joe Manchin … END_OF_DOCUMENT_TOKEN_TO_BE_REPLACED

What You Need To Know about Biden’s worst week as President. Andrea Kaye, guest host of the #ProAmericaReport, explains how this has been the worst … END_OF_DOCUMENT_TOKEN_TO_BE_REPLACED

What You Need To Know is the SCOTUS victory is overshadowed by how we got here in the first place. Guest Host Andrea Kaye breaks down the High Court’s … END_OF_DOCUMENT_TOKEN_TO_BE_REPLACED

If the education establishment wants to know why public schools don't get much respect from our citizenry, they need look no further … END_OF_DOCUMENT_TOKEN_TO_BE_REPLACED

Robert Strange McNamara belongs on the daytime soap operas. Better yet, his histrionics belong on Donahue or Geraldo or Sally Jesse Raphael. We are … END_OF_DOCUMENT_TOKEN_TO_BE_REPLACED

What You Need to Know is Kendi gets paid! Fairfax, Va. School District Spent $24,000 On Ibram Kendi Books For U.S. History Classes. And the … END_OF_DOCUMENT_TOKEN_TO_BE_REPLACED

What You Need to Know is life matters across the board because it’s a great gift from God. The moment we’re in for the life movement is really key, … END_OF_DOCUMENT_TOKEN_TO_BE_REPLACED