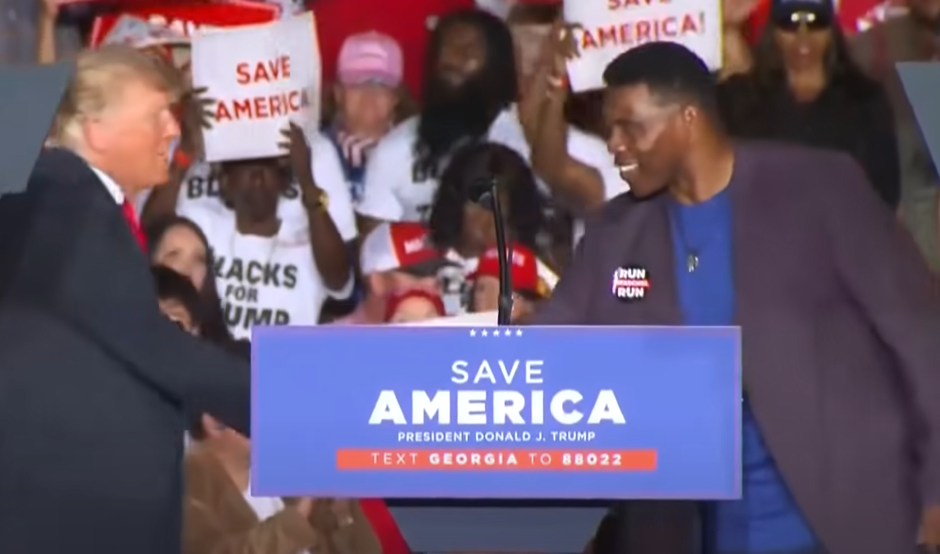 Unlike past Republican presidents, Donald Trump is putting together a winning lineup of energetic candidates who will put America first and make it great again. Trump could have had an easy retirement on golf courses and in his real estate businesses, but instead he is sacrificing for the good of our country while Biden’s family profits from politics.

Democrats and Never-Trump Republicans must be very worried about the emerging candidacy of the Trump-endorsed Herschel Walker in the 2022 Georgia Senate race. Their worry is clear to see because they are dredging up 40-year-old minor allegations against Walker which he addressed himself long ago. Anti-Trumpers are clueless if they think anyone cares about small issues from nearly a half-century ago by a charismatic football star.

Trump has so far endorsed about 30 candidates for elections this year and next, and unlike past Republican presidents Trump is not afraid to endorse a challenger to an incumbent Republican. Roughly half of his endorsements of candidates for the U.S. Senate have been newcomers to that body, and Trump is expected to influence nearly every midterm race.

Herschel Walker declared that he “can’t sit on the sidelines anymore” while Trump, like a masterful general manager of a sports team, began assembling his new political team. The playbook consists of the basic conservative principles of election integrity, less government, and pro-family.

Walker gave perhaps the finest speech at the 2020 Republican National Convention by recounting about Trump, “I watched him treat the janitors, security guards, and waiters the same way he would treat a VIP.” Walker added, “he understands that they are the people who make this country run.”

Now Walker, Trump, and the rest of the conservative all-stars are depending on those everyday Americans to come through when the campaign session goes into full swing. Professional politicians need to understand that the old campaign models just do not work. Grassroots activism by energetic patriots will be the way of the future. We aren’t leaving things up to the fat cats anymore. Submit yourself to the voice of We the People or get out of the way.

What You Need to Know about Priorities & America First. Phyllis Schlafly would give awards to significant people in her life. On these awards … END_OF_DOCUMENT_TOKEN_TO_BE_REPLACED

Phyllis Schlafly Eagles · #WYNK: Who Is Congressman Troy Nehls? | September 28, 2022 #ProAmericaReport The following is a transcript from the Pro … END_OF_DOCUMENT_TOKEN_TO_BE_REPLACED

What You Need to Know is The Narrative Machine is Obsessed with Trump! First, it used to be called the Trump Exhaustion Syndrome now the left is … END_OF_DOCUMENT_TOKEN_TO_BE_REPLACED