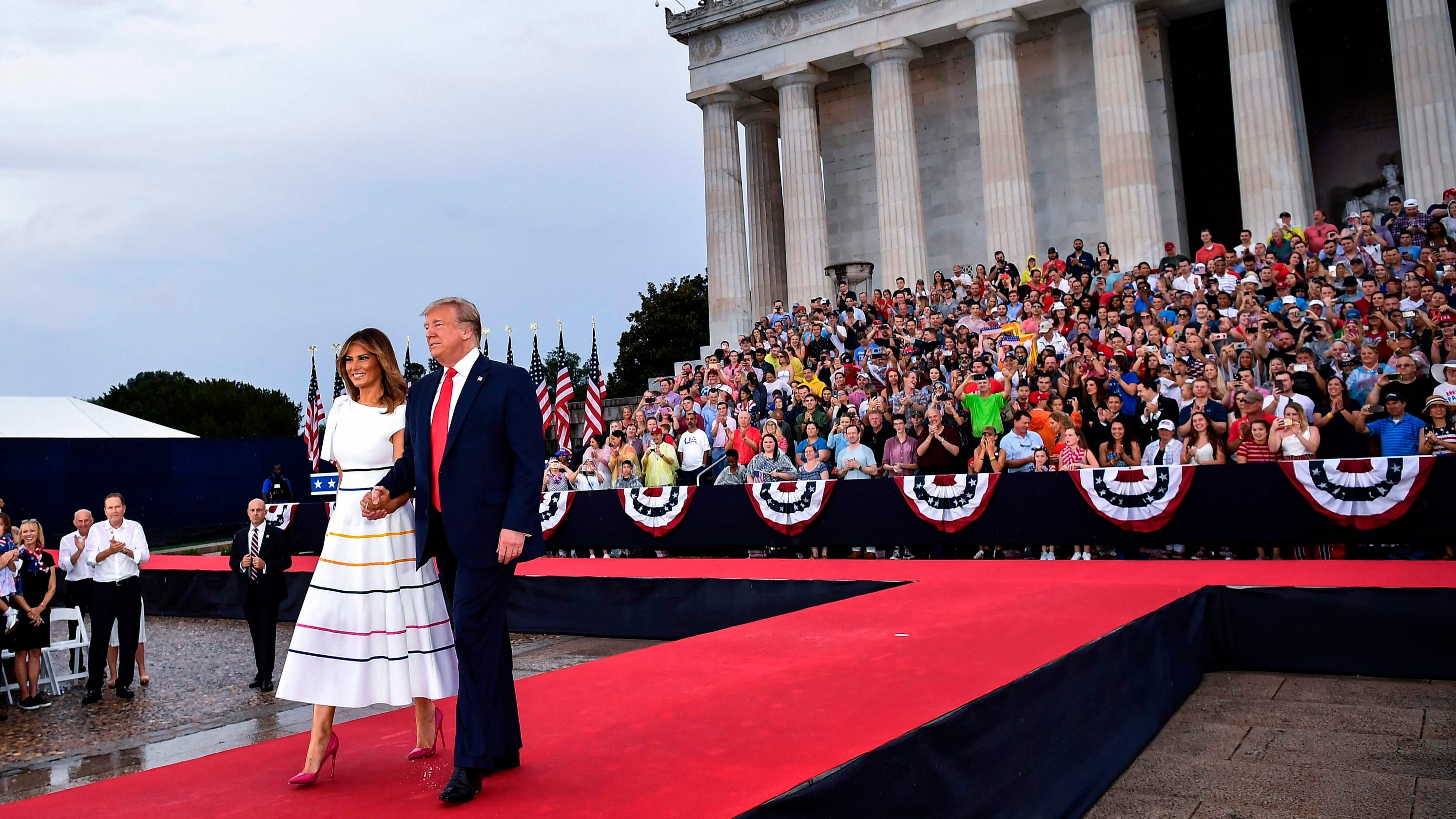 In the days and weeks following President Trump’s “Salute to America” celebrations for Independence Day in Washington, D.C., the silence from the President’s many critics was deafening. The anti-Trumpers had pontificated and pre-supposed Trump’s every word and motive before the event but they found themselves in intellectual hiding.

Prior to Independence Day, Georgetown professor Michael Dyson compared the Betsy Ross American flag to the Nazi swastika or the Ku Klux Klan cross. Harvard Law’s Laurence Tribe called our military’s Tank display a “chilling” resemblance to Tiananmen Square (where the Chinese government murdered its own citizens in the streets). Dozens of other liberal professors took to Twitter, complaining that the speech and parade would be an egotistical Trump campaign commercial.

Instead, as we all saw and know, what Donald Trump delivered was an hour-long tribute to our armed forces and our rich national story that made fools of every ridiculous professor and critic in the country. President Trump referred to his Democrat opponents, his Republican allies, or even the words Republican or Democrat exactly zero times. He referred to himself only seven times, all of them in thanking or recognizing other people.

Trump lifted up the accomplishments of others and praised the American spirit that has defined who we are as a nation.

Let me read to you just one excerpt from the President’s tribute to America:

“Together, we are a part of one of the greatest stories ever told: the story of America. It is the epic tale of a great nation whose people have risked everything for what they know is right and what they know is true…And it is the saga of thirteen separate colonies that united to form the most just and virtuous republic ever conceived … Now we must go forward as a nation with that same unity of purpose. As long as we stay true to our cause, as long as we remember our great history, as long as we never stop fighting for a better future, then there will be nothing that America cannot do.”

On Independence Day, President Trump truly was our Uniter in Chief.

Phyllis Schlafly Eagles · December 9 | Are Supporters of America First Scrooges? It’s going to be a long, cold winter in the United States, but … END_OF_DOCUMENT_TOKEN_TO_BE_REPLACED

Proving once again that he is in touch with ordinary Americans, Donald Trump selected education for the first video message of his 2024 presidential … END_OF_DOCUMENT_TOKEN_TO_BE_REPLACED

Phyllis Schlafly Eagles · #WYNK: Trump's Record is Baked In | January 30, 2023 #ProAmericaReport The following is a transcript from the Pro … END_OF_DOCUMENT_TOKEN_TO_BE_REPLACED

What You Need to Know is Trump’s record is baked in. He’s already been torn apart every which way and his record stands with all the things you like … END_OF_DOCUMENT_TOKEN_TO_BE_REPLACED

Phyllis Schlafly Eagles · February 3 | "Woman" Is the Word of the Year The internet is a powerful tool that most of us use every day. … END_OF_DOCUMENT_TOKEN_TO_BE_REPLACED