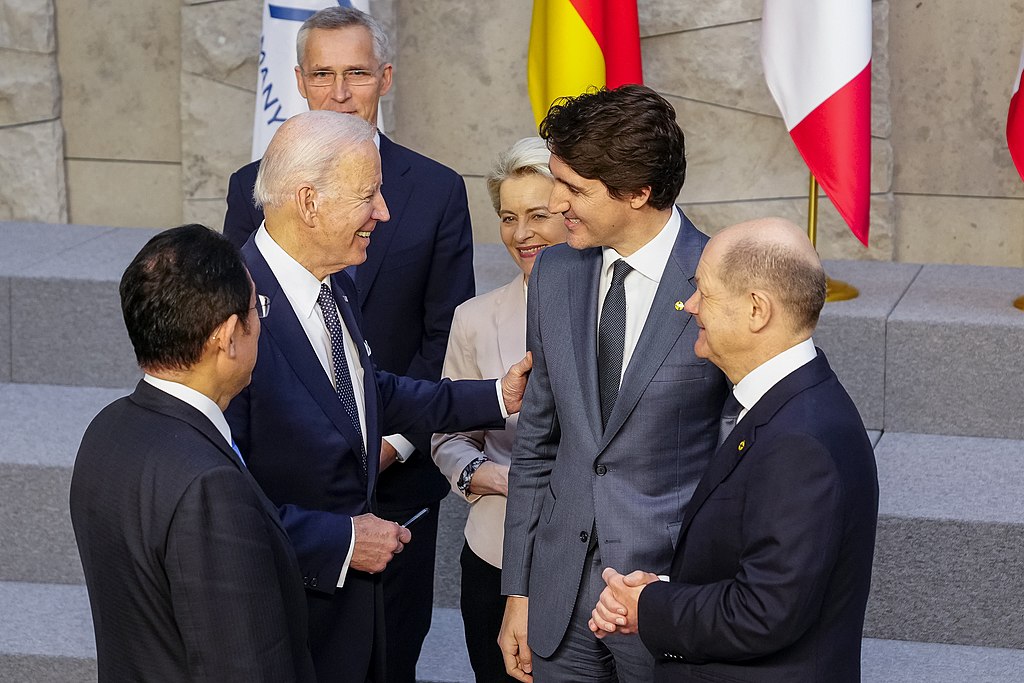 Biden Administration official Brian Deese publicly declared that the conflict in Ukraine “is about the future of the liberal world order and we have to stand firm.” Deese really let the cat out of the bag with that one. “Liberal world order” is apparently what globalists meant all along when they spoke of a “new world order” and a “new normal.” Klaus Schwab, founder of the World Economic Forum in Davos, Switzerland, uses the “Great Reset” to refer to the globalist vision for the future. The elite met there again in May to reassert their control over politics worldwide.

Expanding bloated NATO remains atop their agenda, by adding Sweden and Finland to its membership. This begins a process by which the United States promises to send troops to those countries if they are ever attacked, further entangling our country in the intractable conflicts of Europe.

Globalists insist on a system in which all the important decisions are made by phony experts who set norms of conduct without input or rejection by citizens of individual nation-states. The views of American voters are irrelevant under this scheme, as voters are then told we are bound by treaties and must participate in foreign wars. That is what Deese was talking about when he referenced the “liberal world order” on behalf of the Biden Administration.

If you are a well-read conservative, you have probably heard what George Washington said in his Farewell Address about foreign entanglements. He unambiguously declared “It is our true policy to steer clear of permanent alliances with any portion of the foreign world.” Those were words that our nation lived by for generations. Strengthened by the incredible Monroe Doctrine, the United States avoided all permanent alliances from 1800 to 1949.

What happened in 1949, you ask? That would be the formation of the North Atlantic Treaty Organization, or NATO, which is at the very center of this conflict in Ukraine. Let this be a lesson to all of us. When you start thinking that you are smarter than great men like George Washington, you will always fall. Let’s reject the liberal world order and get back to Washington’s America First model for foreign policy.

What You Need to Know about Andy Biggs for Speaker! Andy Biggs has announced that he will run as speaker of the house — Andy Biggs Announces for … END_OF_DOCUMENT_TOKEN_TO_BE_REPLACED

Phyllis Schlafly Eagles · #WYNK: Identify the Red Menace | November 4, 2022 #ProAmericaReport The following is a transcript from the Pro America … END_OF_DOCUMENT_TOKEN_TO_BE_REPLACED

What You Need to Know is that a soufflé only rises once. The long and sad story of Robert “Beto” O’Rourke’s political career is already being … END_OF_DOCUMENT_TOKEN_TO_BE_REPLACED

What You Need to Know is Giorgia Meloni Wins in Italy! Italy just had its elections this week and Giorgia Meloni won and will become the new Prime … END_OF_DOCUMENT_TOKEN_TO_BE_REPLACED

Elon Musk has 119 million followers on Twitter, the platform which he just bought for $44 billion. That’s more followers than Taylor Swift, whose … END_OF_DOCUMENT_TOKEN_TO_BE_REPLACED

What You Need to Know is why Trump is not an echo of other candidates before him. Phyllis Schlafly famously first used that phrase — a choice, not an … END_OF_DOCUMENT_TOKEN_TO_BE_REPLACED