The problems with the U.S. Veterans Administration (VA) giving inferior and delayed care to veterans is a good window into the future of Obamacare. Both the VA and Obamacare suffer the endemic problems of a government-run single-payer system (a.k.a. socialism) — no choice of doctors or hospitals, no insurance companies, broken promises, lengthy waits, and bureaucratic cover-ups.

Before Barack Obama was elected, we were assured by experts writing in the mainstream media that the VA was a U.S. health care leader and a model for the country. The New York Times oracle Paul Krugman wrote in 2011, “Yes, this is ‘socialized medicine,’ but it works, and suggests what it will take to solve the troubles of U.S. health care more broadly.”

Obama made a lot of big campaign promises about the VA to reassure veterans. The VA scandal is now embarrassing front-page news that he can’t ignore, but he continues to pretend that there is no systemic problem in the VA system.

Now we hear that the VA maintains hidden “wait lists” for at least seven veterans hospitals. That’s exactly what critics of Obamacare predicted will happen with a government-run health care system.

The length of the secret waiting list at the VA system in Arizona is a shocking 1,400 to 1,600 patients and at least 40 veterans have died at the Phoenix VA hospital waiting for a vital treatment. Some VA patients have waited as long as 21 months to see a physician, despite the VA claim that it was meeting its goal to allow a delay of only 14 to 30 days for a patient to be seen.

“Choice” is a favorite word with many liberals, but the VA problems are proving that our choices about medical care are rapidly narrowing. There are fewer plans, and fewer doctors and fewer hospitals in every approved plan.

Some assert that there are more than 344,000 claims for veterans’ care that are waiting to be processed, and it takes an average of 160 days for a veteran to be approved for health benefits. The system has deteriorated so badly that suicides by patients and by staff have become a problem.

We hear that some VA employees maintained secret lists and falsified data in order to conceal the wait times and hide the long delays veterans faced before seeing doctors. Nevertheless, the organization called Openthebooks.com reports that 12,549 bonuses totaling over $8.8 million at seven troubled facilities have been paid out to reward VA employees.

When Barack Obama was a candidate for President in 2008, he made the medical treatment of veterans a big, emotional campaign issue and promised that his administration would address the backlog, greatly improve care, cure “the broken bureaucracy of the VA,” and build “a 21st-century VA.” In fact, the real goal of Obama and Senator Harry Reid has always been to grease the way to impose a universal government-run single-payer health system for all Americans.

Millions of medical records at the Phoenix facility are apparently missing, and the system is reportedly 250,000 pages behind in processing new records. Patients are sometimes referred by the VA to another VA in a different state because of the unavailability of physicians and nurses, who have left the system in droves.

This problem is not limited to one VA hospital in Phoenix but has surfaced in at least 16 states, including Colorado, Florida, Missouri, New Mexico, North Carolina, South Carolina, Texas, West Virginia and Wyoming. As long as the Obama Administration remains in cover-up mode, there is good reason to think that this denial of care is even more pervasive and worse than so far reported.

So, look through the window into the future and see the government-run health care that is called Obamacare. The VA problems are exactly where Obamacare is taking Americans because the Democrats’ goal in passing Obamacare was always to take us all into a single-payer system controlled by the federal government, and the VA is precisely the model. 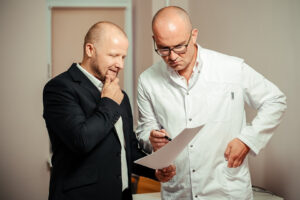 What You Need to Know is how the Narrative Machine supports itself. Here’s two examples — 1. Big Government cycles out staffers to big money jobs as … END_OF_DOCUMENT_TOKEN_TO_BE_REPLACED

What You Need to Know is the powers in Washington, D.C. are dominating our lives. The powers in DC are so powerful, so strong, that they are … END_OF_DOCUMENT_TOKEN_TO_BE_REPLACED

Phyllis Schlafly Eagles · October 15 | Our Side of the Street Nothing conjures up feelings of elitism like mentioning Wall Street. You can hardly … END_OF_DOCUMENT_TOKEN_TO_BE_REPLACED