President Trump tweeted in August: “Sad to see the history and culture of our great country being ripped apart with the removal of our beautiful statues and monuments. You can’t change history, but you can learn from it. Robert E Lee, Stonewall Jackson – who’s next, Washington, Jefferson? So foolish!” 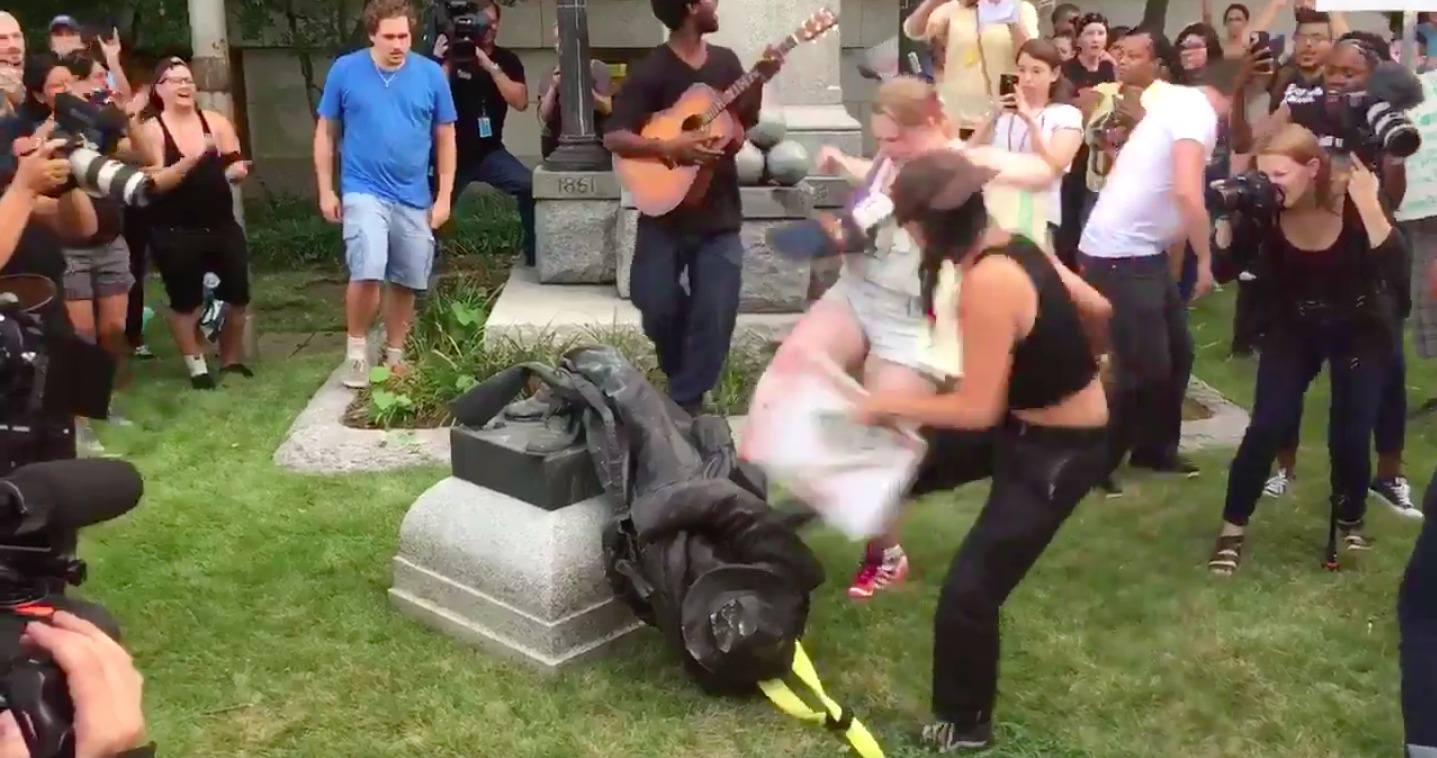 The far-left mob violence didn’t stop this summer with Confederate generals, but quickly extended to statues of ordinary soldiers, and then to other great historical figures. Christopher Columbus was attacked with a hatchet in Detroit, Abraham Lincoln was burned in Chicago, and the recently canonized Father Junipero Serra (YU-NI-PERRO SERRA) was spray-painted with the word “murder” at Mission San Fernando, California.

In Annapolis, Maryland, a sculpture of Chief Justice Roger Taney was hoisted from its massive pedestal and hidden in an undisclosed location as payback for Taney’s opinion in the 160-year-old Dred Scott case. In Baltimore a Columbus monument erected in 1792 was attacked with a sledgehammer and in New York City, the Council Speaker has demanded a review of the massive, 76-foot-high sculpture at the center of Columbus Circle.

After President Trump asked “Where does it stop?,” some amateur historians responded by claiming that Robert E. Lee was a “traitor” who committed “treason” against the United States. Such comments are ignorant and wrong, for the simple reason that the 11 Confederate states that Lee fought for are now part of the United States.

The Fourteenth Amendment, which became part of the Constitution in 1868, sets forth the conditions under which the defeated Southern states were readmitted to the United States on an equal basis with all other states. Nearly all who fought for Southern independence were restored to full citizenship on an equal footing with their counterparts who fought for the Union of North and South.

A previous generation of Americans, including those who actually fought in the Civil War, debated whether to charge General Lee and other rebels as traitors. They wisely decided not to go down that road, and it’s too late to revisit their decision now.

What You Need to Know is the importance of Draining the Swamp! We watched as the Senate had hearings and then confirmed Justice Ketanji Brown Jackson … END_OF_DOCUMENT_TOKEN_TO_BE_REPLACED

What You Need to Know about Hoaxes! Brian Stelter, chief media correspondent for CNN, was recently asked by a college freshman why all these hoaxes, … END_OF_DOCUMENT_TOKEN_TO_BE_REPLACED