Our economy is growing at a healthy 2-to-3% pace, but many Americans are wondering where the good jobs are. Millions of Americans have stopped looking for work. Many have retired early, decided to stay home, or otherwise abandoned the workforce. 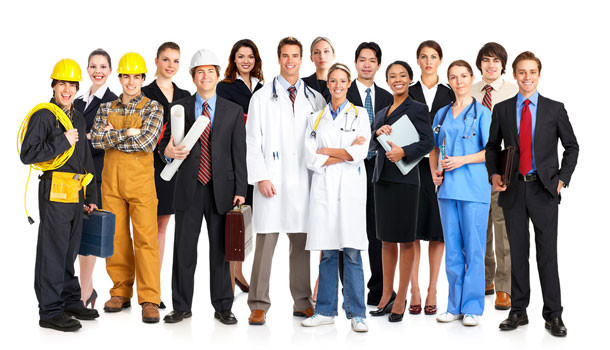 A record number of able-bodied Americans are choosing not to be employed, often because jobs don’t pay enough. More than 95 million Americans are voluntarily staying out of the workforce, which means that only 62.7% of potential workers are actually working. This labor participation rate is near its 38-year record low, set during the Obama Administration.

The unemployment rate has fallen to only 4.1%, but that is primarily because many people have pulled out of the labor market. Businesses complain that they are having trouble hiring new workers, but the wages on those unfilled jobs are too low for many to want, and the companies are refusing to increase the salaries for most workers.

Wages have improved only 2.4% over the last year, and wages actually decreased in October. For example, the home construction industry increased wages by only 2.2% over the last year, barely enough to keep up with inflation. Compare that with nearly two decades ago, when hourly pay was increasing at a much healthier rate of 4%.

Many of those who do have jobs are underemployed, such as college graduates working at jobs delivering mail or people holding doctorates working at Amazon.com distribution centers. The food industry has been hiring but those jobs are often low-paying positions.

More than a hundred cities tried to outbid each other to attract the planned new second headquarters of Amazon.com, by dangling billion-dollar tax incentives to attract the company to their location.

Phyllis Schlafly Eagles · #WYNK: Out of Control U.S. Spending & Debt | September 21, 2022 #ProAmericaReport The following is a transcript from … END_OF_DOCUMENT_TOKEN_TO_BE_REPLACED

What You Need to Know is U.S. spending and debt is disastrous. The government seems totally indifferent about the economic trouble they’re causing for … END_OF_DOCUMENT_TOKEN_TO_BE_REPLACED

What You Need to Know is Biden is toast and Dems are running! There’s a lot going on — President Joe Biden’s 60 Minutes interview was a disaster. … END_OF_DOCUMENT_TOKEN_TO_BE_REPLACED

What You Need to Know is The Narrative Machine is Obsessed with Trump! First, it used to be called the Trump Exhaustion Syndrome now the left is … END_OF_DOCUMENT_TOKEN_TO_BE_REPLACED