Most people will tell you not blame the messenger, but Donald Trump is quickly proving that adage to be false in one very important case. The messengers known as the mainstream media have certainly done a lot to deserve the blame they are receiving. While claiming impartiality, they have blatantly twisted or ignored the facts to suit their own liberal agenda. That’s why Phyllis Schlafly called them the “Opinion-Makers” in her June 1982 Phyllis Schlafly Report. Armed with timely statistics and fearless facts, she called out the media for their mistreatment of President Reagan and urged the American people to focus on the real issues affecting their lives. Similarly, President Trump seized on the issue of media bias in his successful campaign, proving that “fake news” isn’t going away anytime soon. 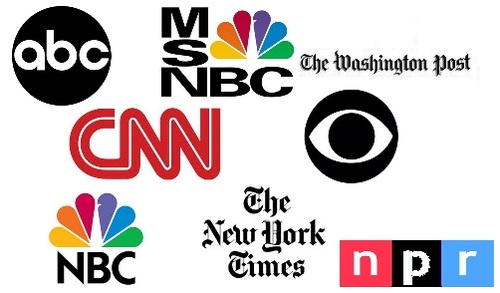 In this 1982 Report, Phyllis used an in-depth poll from Public Opinion magazine to reveal that 94% of the media elite voted for Johnson over Goldwater in the 1964 presidential race. The succeeding figures for 1968 through 1976 were similar. Media elites were clearly nowhere near a fair representation of the traditional values held by the majority of American people.

The same saddening statement could be made today, which is why President Trump so successfully tapped into the American people’s contempt for this blatant indoctrination. A recent Quinnipiac poll confirms that 59% of Americans are angry or dissatisfied with how the news media has been covering American politics. If well over half of Americans do not trust these supposedly unbiased reporters, it is imperative for conservatives to find a way to get our message out in spite of the media.

Ultimately, the June 1982 Phyllis Schlafly Report exposed the “tremendous gap between the beliefs of the people and of the leaders and opinion-makers who run our country.” The news media will stop at nothing to derail Trump’s efforts. Phyllis Schlafly exposed the liberal bias of the media in 1982, but the same fight continues today. To win the war for American greatness, conservatives must follow the footsteps of Phyllis and cut through the ever-present fake news to get to the issues worth fighting for.

Phyllis Schlafly Eagles · #WYNK: How America is Winning and Losing | June 29, 2022 #ProAmericaReport The following is a transcript from the Pro … END_OF_DOCUMENT_TOKEN_TO_BE_REPLACED

Phyllis Schlafly Eagles · #WYNK: Who's Against Trump | June 13, 2022 #ProAmericaReport The following is a transcript from the Pro America … END_OF_DOCUMENT_TOKEN_TO_BE_REPLACED

Phyllis Schlafly Eagles · July 6 | Will Globalists Build the Future? Amid chaos on many fronts, globalists march forward into the night. Klaus … END_OF_DOCUMENT_TOKEN_TO_BE_REPLACED

“This is about the future of the liberal world order and we have to stand firm,” declared Biden Administration official Brian Deese. “Liberal world … END_OF_DOCUMENT_TOKEN_TO_BE_REPLACED