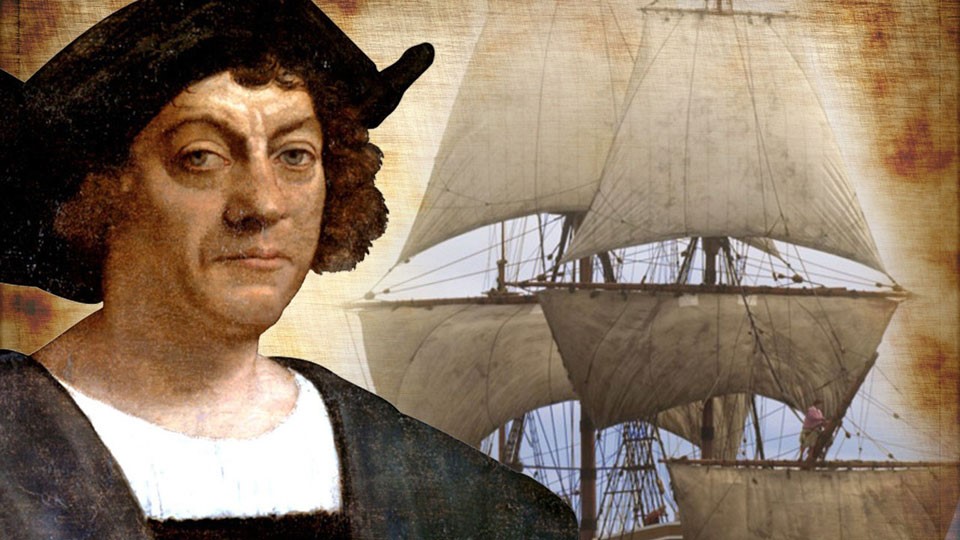 Today we are observing Columbus Day. Christopher Columbus is one of the very few people who have a holiday, and I think he deserves that honor.

He wasn’t a saint, but he was a hero.

Columbus was one of the greatest seamen in the history of the world. Any competent sailor could have departed from Spain and reached America just by sailing west long enough, but it’s unlikely that any others could have found their way back to Spain or could have returned to the same island on later voyages.

One of the famous lines written by the songwriter Ira Gershwin is “They all laughed at Chroistopher Columbus when he said the world was round.” I suppose you can call that poetic license for a musical comedy, but it’s important to know that that line is a lie, and it’s unfortunate that it appears in many school textbooks.

Of course, Columbus knew the earth was round when he set sail from Spain to the New World. All educated people had known that since ancient Greece; they just didn’t know how big the earth is. Columbus certainly didn’t set sail believing that he was going to drop off the edge of the earth into outer space.

Columbus was a man of great moral and physical courage. Again and again he faced mutinous sailors, armed rebels, frightful storms, and dangerous Indians. He also was a man of deep Christian faith. He believed that God intended him to sail the Atlantic Ocean in order to spread Christianity. What a person believes is what determines his interpretation of life and history, and inspires his vision and purpose in life. Columbus believed that he was obeying the mission God staked out for his life when he set sail west across the Atlantic Ocean.

Columbus’s voyage to America was one of history’s most important events. It led to lasting contacts between Europe and America, and it opened new windows. To few men in modern history does the world as we know it owe so great a debt as to Christopher Columbus.

What You Need to Know is balloons in our hemisphere. As the Chinese weather balloon (read: spy balloon) passes over America, it’s a great time to … END_OF_DOCUMENT_TOKEN_TO_BE_REPLACED

Phyllis Schlafly Eagles · #WYNK: Balloons in Our Hemisphere | February 3, 2023 #ProAmericaReport The following is a transcript from the Pro America … END_OF_DOCUMENT_TOKEN_TO_BE_REPLACED

What You Need to Know is we are in a proxy war with Russia. Until now, we’ve been able to at least try to say we have given Ukraine defense weapons … END_OF_DOCUMENT_TOKEN_TO_BE_REPLACED

What You Need to Know is Ours is a Religious Nation. Phyllis Schlafly reminded us of this plain fact in her column on Christmas Eve 1982. Our founders … END_OF_DOCUMENT_TOKEN_TO_BE_REPLACED