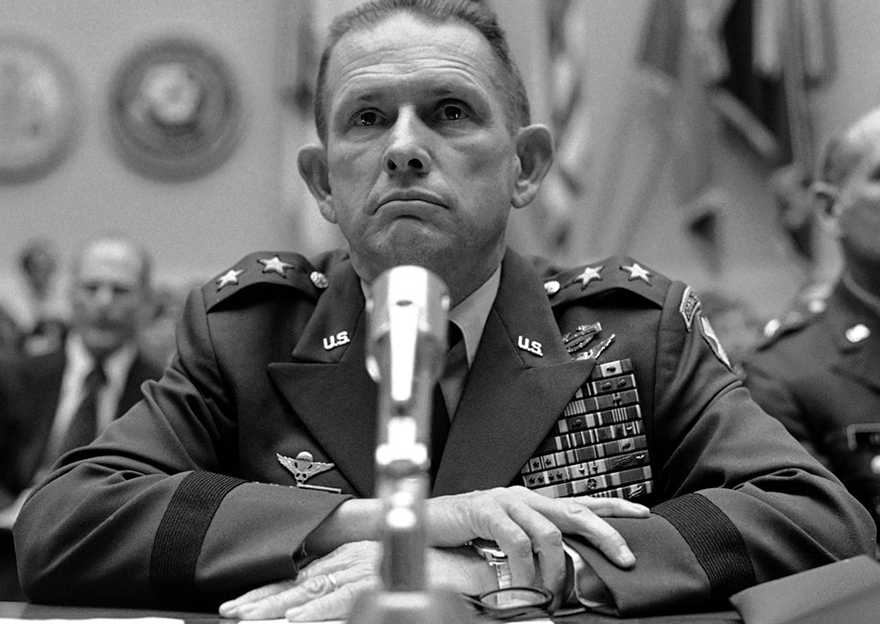 Major General John K. Singlaub may be one of the greatest American heroes you’ve never heard of before.  He was a founding member of the Central Intelligence Agency, but he didn’t cut his teeth sitting behind a desk in Washington, D.C. In the U.S. Army, he worked behind enemy lines in both the European and Pacific theaters of World War II. He went on to lead troops in Korea and Vietnam, as well as several other armed conflicts throughout the world. He was active for four decades in overt and covert operations.

At ninety-nine years old, General Singlaub isn’t done fighting for America. He still serves our nation by acting as chairman of America’s Future, an organization dedicated to preserving the principles our nation was founded upon. America’s Future launched the Maj. Gen. John K. Singlaub Award for Service to America to honor those Americans worthy of bearing the General’s name. Lt. Gen. Michael Flynn was the inaugural recipient of this prestigious award.

We can’t all defend freedom by defeating the Nazis like Gen. Singlaub did, but all of us can be inspired by his courage. Each of us has a part to play in preserving freedom for future generations. You don’t have to have two Distinguished Service Medals, a Silver Star, two Air Medals, and a Purple Heart like Gen. Singlaub to make a difference. All you need is courage to stand up for what’s right and dedication to serve our nation.

Do your part by volunteering for a political candidate who will honor our Constitution. Educate yourself on the issues you care about and have meaningful conversations with people who might not be familiar with the conservative perspective. Contribute your money and your voice to an organization that’s working to advance Pro America policies.

The legacy of Maj. Gen. Jack Singlaub is a challenge to every American patriot. Others have sacrificed so much to keep America free. Each one of us should ask ourselves what we can do to help. We must pray, we must work, and we must never give up. Gen. Singlaub’s life proves that freedom is still worth defending.

What You Need to Know is we are in a proxy war with Russia. Until now, we’ve been able to at least try to say we have given Ukraine defense weapons … END_OF_DOCUMENT_TOKEN_TO_BE_REPLACED

What You Need to Know is a lesson on documents and double standards. Suddenly everyone has classified documents and everyone is spinning the stories … END_OF_DOCUMENT_TOKEN_TO_BE_REPLACED

What You Need to Know is to thank the Freedom 20 who took up the House Speaker fight last week. Get the list here — it only takes 3-5 minutes … END_OF_DOCUMENT_TOKEN_TO_BE_REPLACED

Phyllis Schlafly Eagles · February 3 | "Woman" Is the Word of the Year The internet is a powerful tool that most of us use every day. … END_OF_DOCUMENT_TOKEN_TO_BE_REPLACED

What You Need to Know is Tucker is allowing the will of the people to be heard! When a huge block of Republicans and so-called conservatives are … END_OF_DOCUMENT_TOKEN_TO_BE_REPLACED