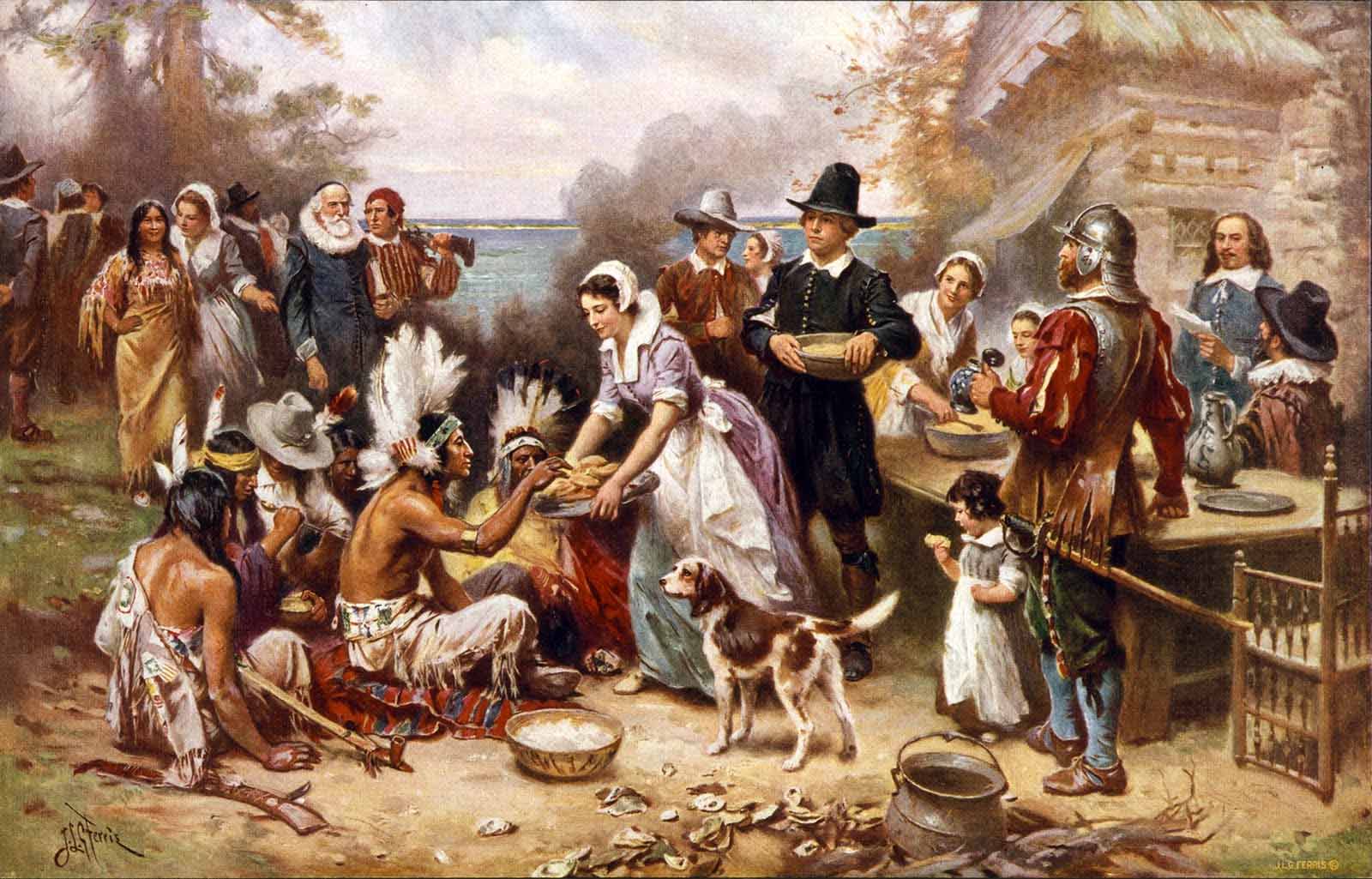 On Thanksgiving Day, I like to recite for you some of the Thanksgiving prayers and proclamations issued by our Presidents on this unique American feast day. The first Thanksgiving Proclamation was delivered by George Washington, but every President thereafter followed his example. So here are some quotes from proclamations by lesser-known Presidents.

From President Chester A. Arthur in 1884: “I do recommend that throughout the land the people, ceasing from their accustomed occupations, do then keep holiday at their several homes and their several places of worship, and with heart and voice pay reverent acknowledgment to the Giver of All Good for the countless blessings wherewith He has visited this nation.”

From President Benjamin Harrison in 1889: “I do earnestly recommend that the people of our country, ceasing from the cares and labors of their working day, shall assemble in their respective places of worship and give thanks to God, who has prospered us on our way and made our paths the paths of peace, beseeching Him to bless the day to our present and future

good, making it truly one of thanksgiving for each reunited home circle as for the nation at large.”

From President Grover Cleveland in 1896: “The United States should never be unmindful of the gratitude they owe God for His watchful care, which has shielded them from dire disaster and pointed out to them the way of peace and happiness…. To the end that these thoughts may be quickened it is fitting that on a day especially appointed we should join together in approaching the Throne of Grace with praise and supplication.”

From President Theodore Roosevelt in 1904: I do recommend that [we] devoutly give thanks unto Almighty God for the benefits He has conferred upon us as individuals and as a nation, and to beseech Him that in the future His Divine favor may be continued to us.”

Wishing all a Happy Thanksgiving!

What You Need to Know is we are in a proxy war with Russia. Until now, we’ve been able to at least try to say we have given Ukraine defense weapons … END_OF_DOCUMENT_TOKEN_TO_BE_REPLACED

What You Need to Know is a lesson on documents and double standards. Suddenly everyone has classified documents and everyone is spinning the stories … END_OF_DOCUMENT_TOKEN_TO_BE_REPLACED

What You Need to Know is to thank the Freedom 20 who took up the House Speaker fight last week. Get the list here — it only takes 3-5 minutes … END_OF_DOCUMENT_TOKEN_TO_BE_REPLACED

What You Need to Know is Mom first! Life begins at conception. But what if the pro-life movement reframed the battle. What if we advertised that life … END_OF_DOCUMENT_TOKEN_TO_BE_REPLACED