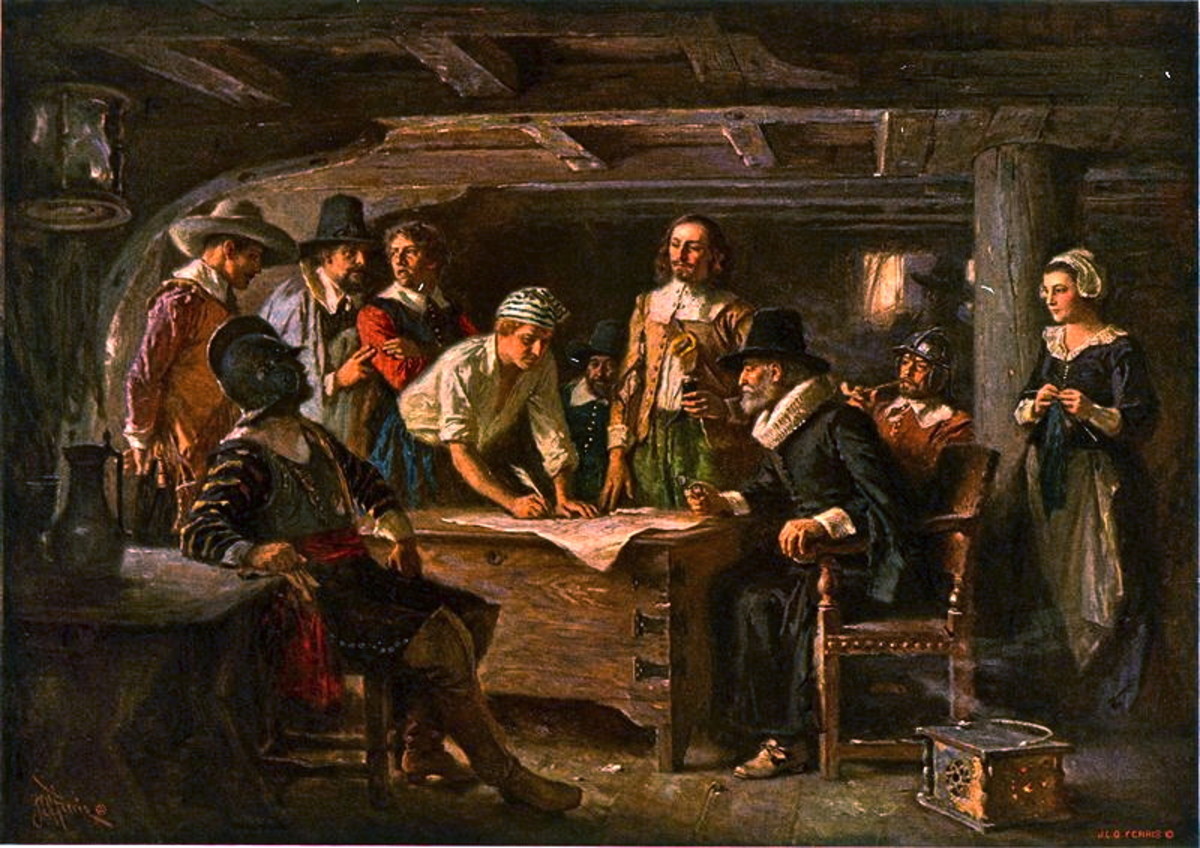 Yesterday, I told you about the historic importance of Veterans Day. Today, I’d like to tell you about November 11th’s other big milestone in American history. Exactly four hundred years ago today, on November 11, 1620, forty-one men aboard a ship called the Mayflower signed our nation’s first founding document. The Mayflower Compact laid the foundation for government in the New World.

The Compact isn’t just historic because it came first. It is also historic because it saved our nation before we even had the chance to get started. When the Pilgrims launched their voyage, they were operating under a charter from the English Virginia Company. However, storms blew them far from their intended course. Some on the ship argued that they weren’t bound by the charter because they hadn’t landed where the charter said they would.

As the small voyage neared the brink of anarchy, the idea of a unifying document was introduced. The result of those deliberations was the Mayflower Compact. We don’t know who actually penned the words of the Compact, but the forty-one men who signed it testify to the American spirit still present today. Please listen as I read an excerpt from this seminal document:

“Having undertaken for the Glory of God and advancement of the Christian Faith and Honour of our King and Country, a Voyage to plant the First Colony in the Northern Parts of Virginia, do by these presents solemnly and mutually in the presence of God and one of another, Covenant and Combine ourselves together in a Civil Body Politic.”

Readers of the Mayflower Compact don’t have to wonder what the Pilgrims were signing themselves up for. They very explicitly continue that the purpose of their civil body politic is “to enact, constitute and frame such just and equal Laws, Ordinances, Acts, Constitutions and Offices from time to time, as shall be thought most meet and convenient for the general good of the Colony.”

The Pilgrims’s noble endeavor, which was started expressly for the “advancement of the Christian Faith,” is still alive and well today. On this 400th anniversary of the signing of the Mayflower Compact, we honor their dedicated service to God, Family, and Country.

What You Need to Know is balloons in our hemisphere. As the Chinese weather balloon (read: spy balloon) passes over America, it’s a great time to … END_OF_DOCUMENT_TOKEN_TO_BE_REPLACED

Phyllis Schlafly Eagles · #WYNK: Balloons in Our Hemisphere | February 3, 2023 #ProAmericaReport The following is a transcript from the Pro America … END_OF_DOCUMENT_TOKEN_TO_BE_REPLACED

What You Need to Know is we are in a proxy war with Russia. Until now, we’ve been able to at least try to say we have given Ukraine defense weapons … END_OF_DOCUMENT_TOKEN_TO_BE_REPLACED

Phyllis Schlafly Eagles · February 8 | Leftist Hollywood's Downward Spiral Looking back on 2022, it is plain to see that Democrat-dominated … END_OF_DOCUMENT_TOKEN_TO_BE_REPLACED

The Deep State in Washington, D.C. just offered to debrief Trump Administration officials about the hot air balloons that have invaded our airspace … END_OF_DOCUMENT_TOKEN_TO_BE_REPLACED