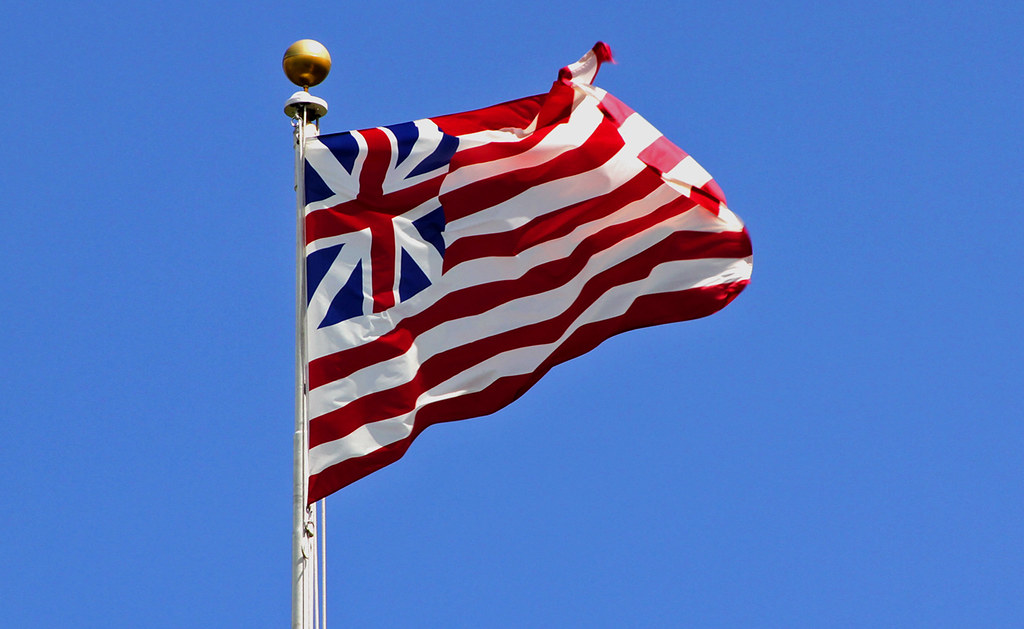 New Years Day is seen by many as a time for new beginnings. The tradition of starting things afresh on this day is nothing new. On January 1, 1776, George Washington raised our first national flag for the first time. This wasn’t the stars and stripes popularly attributed to Betsy Ross, though it did feature thirteen alternating red and white stripes. However, rather than have a blue field with thirteen whites stars in a circle, this first American flag ironically featured the British Union Jack.

This first flag, commonly called the Grand Union Flag, introduced the world to the united confederation of states we trace our heritage to today. Prior to this time, the various companies would fly their own state flags as they marched. General Washington knew the men needed to have a sense of unity if they were going to defeat the greatest military force in the world at that time. That’s why he introduced the iconic Grand Union Flag on New Years Day, 1776. Though it was replaced with the classic Betsy Ross flag in June 1777, the legacy of our true first national flag lives on today.

Just like General Washington, all Americans today must purpose to be united in defense of liberty. Enemies of our Constitution both foreign and domestic would like nothing more than to scatter our efforts. They know division is the easiest way for them to succeed in their quest to destroy the freedoms secured by Washington’s men.

This New Years Day, let’s raise our own Grand Union Flag of unity. Make no mistake, I am not calling on conservatives to abandon their principles by surrendering to the Establishment. Capitulation is no substitute for cooperation. I’m calling on true conservatives to stand united on the principles we hold dear. We will put America first and defend our great U.S. Constitution. We will protect precious human life from conception to natural death. We will free American citizens and businesses from burdensome regulation and taxation. We will lift up the traditional family unit as a sacred institution worthy of autonomy and protection. If you believe in these foundational principles of conservatism, raise your Grand Union Flag in commitment to the defense of liberty.

What You Need to Know is we are in a proxy war with Russia. Until now, we’ve been able to at least try to say we have given Ukraine defense weapons … END_OF_DOCUMENT_TOKEN_TO_BE_REPLACED

What You Need to Know is a lesson on documents and double standards. Suddenly everyone has classified documents and everyone is spinning the stories … END_OF_DOCUMENT_TOKEN_TO_BE_REPLACED

What You Need to Know is to thank the Freedom 20 who took up the House Speaker fight last week. Get the list here — it only takes 3-5 minutes … END_OF_DOCUMENT_TOKEN_TO_BE_REPLACED

Phyllis Schlafly Eagles · February 3 | "Woman" Is the Word of the Year The internet is a powerful tool that most of us use every day. … END_OF_DOCUMENT_TOKEN_TO_BE_REPLACED

What You Need to Know is Tucker is allowing the will of the people to be heard! When a huge block of Republicans and so-called conservatives are … END_OF_DOCUMENT_TOKEN_TO_BE_REPLACED