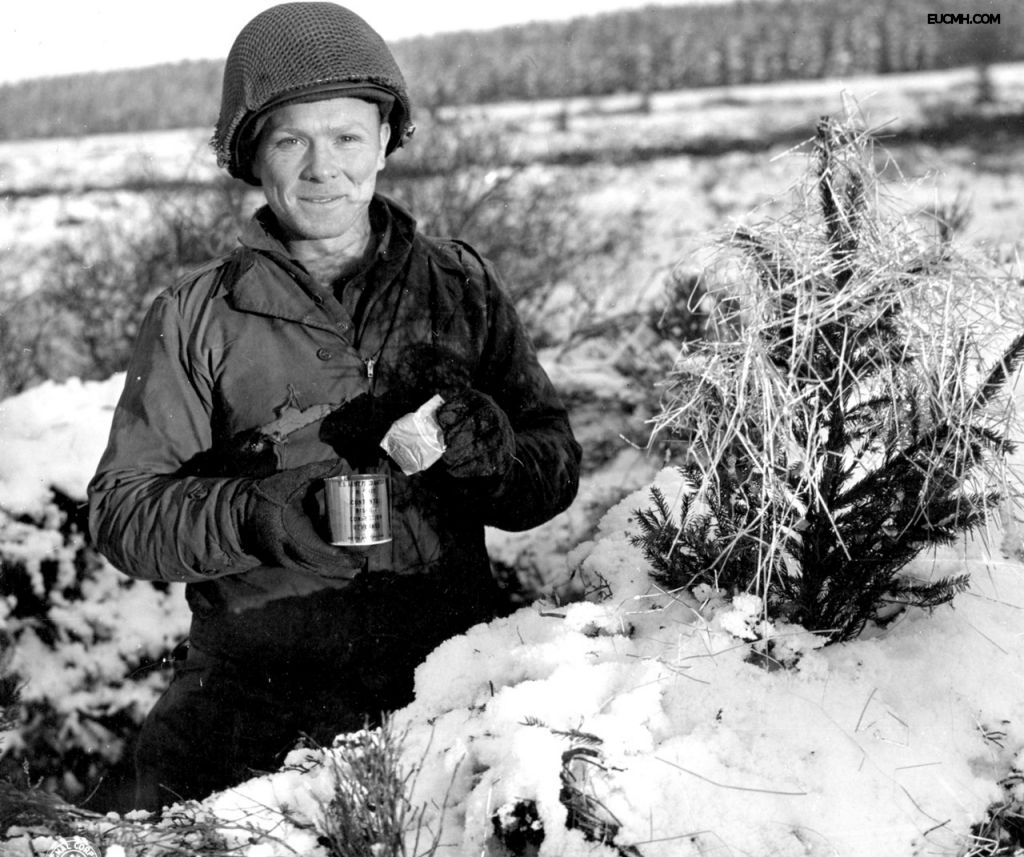 By popular request, I’m going to tell you my favorite Christmas story that I first told five years ago on these broadcasts. I have a good friend who has enjoyed a tremendously successful career in television and radio. I going to tell you a true story about one of these media personalities  that he  personally told to me. Let’s call him Peter.

Peter’s father was a minister, so Peter grew up in a home where his father led the family in lengthy prayers and Bible study every evening. On Saturday evenings, his father had to spend all his time preparing for his Sunday sermon. So he assigned his children the task of memorizing long passages from the Scriptures. Peter said he hated those Saturday nights; they were tedious and difficult for a small boy who surely would have preferred fun and diversion on Saturday nights.

Maybe you can imagine what it was like for Peter and a half dozen other GIs, huddled together for warmth in a bitter cold, dark foxhole on the German front that Christmas Eve.

One of the soldiers asked if anybody could say a prayer.

Peter then recited from memory the entire beautiful, inspiring story of the Birth of Christ from the Gospel of St. Luke, giving hope and comfort to those lonely, scared but brave American soldiers. Peter thanked his father many times over for preparing him for that most critical day of his life. It was really a Christmas night to remember.

What You Need to Know is we are in a proxy war with Russia. Until now, we’ve been able to at least try to say we have given Ukraine defense weapons … END_OF_DOCUMENT_TOKEN_TO_BE_REPLACED

What You Need to Know is a lesson on documents and double standards. Suddenly everyone has classified documents and everyone is spinning the stories … END_OF_DOCUMENT_TOKEN_TO_BE_REPLACED

What You Need to Know is to thank the Freedom 20 who took up the House Speaker fight last week. Get the list here — it only takes 3-5 minutes … END_OF_DOCUMENT_TOKEN_TO_BE_REPLACED

Phyllis Schlafly Eagles · #WYNK: Trump is Stronger Than Biden | January 27, 2023 #ProAmericaReport The following is a transcript from the Pro … END_OF_DOCUMENT_TOKEN_TO_BE_REPLACED