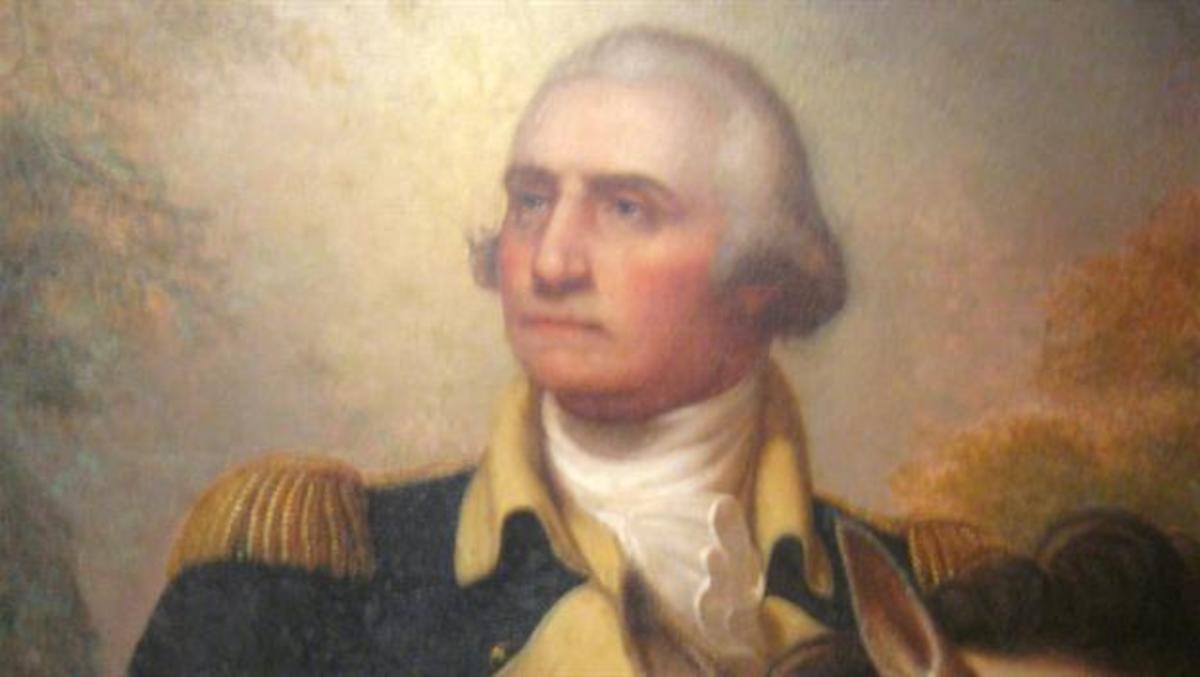 I want to remind our listeners that, contrary to what most calendars say, today is not Presidents Day; it is George Washington’s Birthday.  That’s what federal law states, and anyone who calls it otherwise is just ignoring the law.

It is so unfortunate that school textbooks tend to minimize Washington’s greatness.  It’s important for young people to learn why we should have a holiday to honor the Father of our Country.  He lived at a time when we had many giants of American 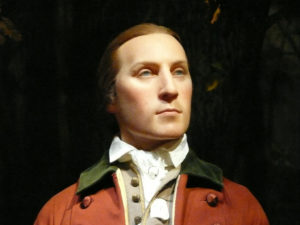 There are no photographs of Washington as a young man, but recent anthropology techniques and computer models are able to tell us what he actually looked like.

history – Thomas Jefferson, James Madison, Alexander Hamilton, Ben Franklin, to name only a few – but George Washington was the acknowledged leader among all those great men.  His incredible leadership was based on his outstanding character, his good judgment, his unique self-control and strength of character.

We are all familiar with George Washington’s face on our one dollar bill; it’s a rather stern countenance.  There are no photographs of Washington as a young man, but recent anthropology techniques and computer models are able to tell us what he actually looked like.  They show us that he was a very handsome young man, 6 feet, 3 inches tall.  He had a very strong athletic body, with grey-blue eyes, auburn hair, and yes, he had all his teeth.  Of all the Founding Fathers, Washington was the most athletic, the most adventurous, and clearly a man of action.  He looked extraordinarily perfect when riding a horse and he was just as graceful on the dance floor.  Indeed, George Washington must have looked every bit the leader that we know he was.

It used to be that photograph of George Washington hung in every public school classroom.  But about 20 years ago, the pictures began to be removed.  That was about the same time that textbooks began to de-emphasize the extraordinary leadership, wisdom, and integrity of our first President.

Check out the history textbooks in your local school and see if they adequately explain why George Washington was called first in war, first in peace, and first in the heart of his countrymen.

What You Need to Know is we are in a proxy war with Russia. Until now, we’ve been able to at least try to say we have given Ukraine defense weapons … END_OF_DOCUMENT_TOKEN_TO_BE_REPLACED

What You Need to Know is a lesson on documents and double standards. Suddenly everyone has classified documents and everyone is spinning the stories … END_OF_DOCUMENT_TOKEN_TO_BE_REPLACED

What You Need to Know is to thank the Freedom 20 who took up the House Speaker fight last week. Get the list here — it only takes 3-5 minutes … END_OF_DOCUMENT_TOKEN_TO_BE_REPLACED

What You Need to Know is Mom first! Life begins at conception. But what if the pro-life movement reframed the battle. What if we advertised that life … END_OF_DOCUMENT_TOKEN_TO_BE_REPLACED