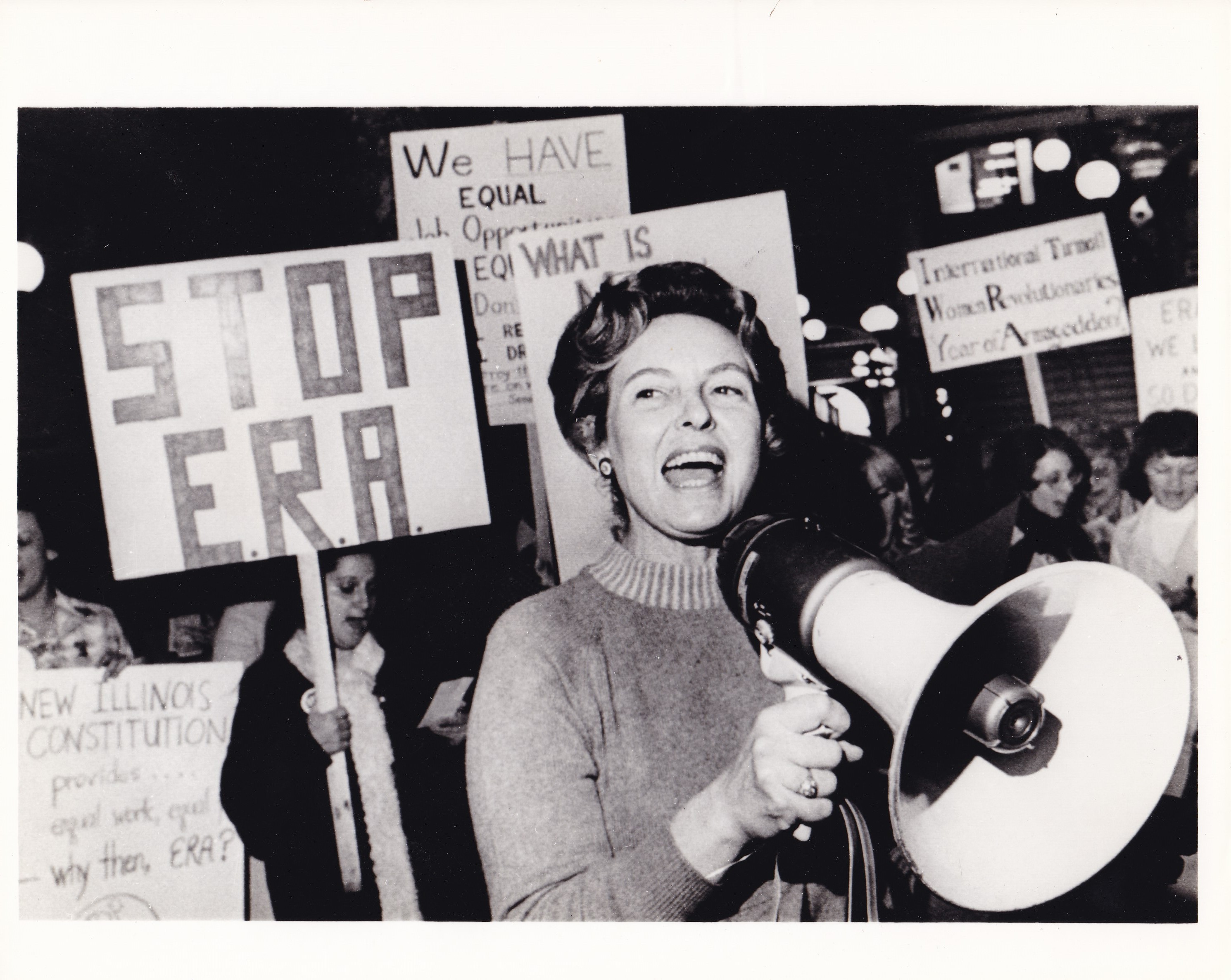 On September 22, 2001, Phyllis Schlafly addressed a group of her friends and conservative allies, saying, “So Eagles, consider yourself blessed that you are on the battlefield that will determine the soul, the culture, the laws, the public officials, and the future of America. America is the only nation that was founded on an idea. Not on a race, or a circumstance, or geography, or ethnic identity, but on an idea. The idea that life and liberty came to each of us from our Creator.”

Phyllis Schlafly was a woman who loved God, her family, and the United States of America. Tomorrow would have been her ninety-sixth birthday, so let’s take a moment to reflect on her inspiring, full life. She used her time on earth to strengthen the values and fight for the rights of the American people. She recognized that America was a nation worth fighting for, preserving, nurturing, and promoting for the benefit of future generations.

Phyllis’s fiery spirit was emblazoned with truth, love, and compassion. She knew the history of our nation, and she knew, too, that our history calls for action. Our Founding Fathers took action to free the people from the tyranny of Great Britain, and just like the Founding Fathers, Phyllis’s efforts throughout her life were not to gain fame or self-fulfillment. She fought for America’s future generations.

Phyllis Schlafly’s writings have left behind a treasure trove of truth and wisdom for us today. Although Phyllis is not with us in person anymore, her legacy serves as a beacon of hope during these uncertain times. She answered the call to leadership. Now, it is our time to return the favor.

Phyllis closed that 2001 speech with these heartfelt words: “‘They that wait upon the Lord, shall renew their strength. They shall mount up with wings as eagles.’ We shall run and we will never be weary.” Phyllis never promised that the work would be easy, but she did believe in placing complete trust in God to preserve this nation. What will you do to carry on her legacy?

What You Need to Know is we are in a proxy war with Russia. Until now, we’ve been able to at least try to say we have given Ukraine defense weapons … END_OF_DOCUMENT_TOKEN_TO_BE_REPLACED

What You Need to Know is a lesson on documents and double standards. Suddenly everyone has classified documents and everyone is spinning the stories … END_OF_DOCUMENT_TOKEN_TO_BE_REPLACED

What You Need to Know is to thank the Freedom 20 who took up the House Speaker fight last week. Get the list here — it only takes 3-5 minutes … END_OF_DOCUMENT_TOKEN_TO_BE_REPLACED

Phyllis Schlafly Eagles · February 3 | "Woman" Is the Word of the Year The internet is a powerful tool that most of us use every day. … END_OF_DOCUMENT_TOKEN_TO_BE_REPLACED