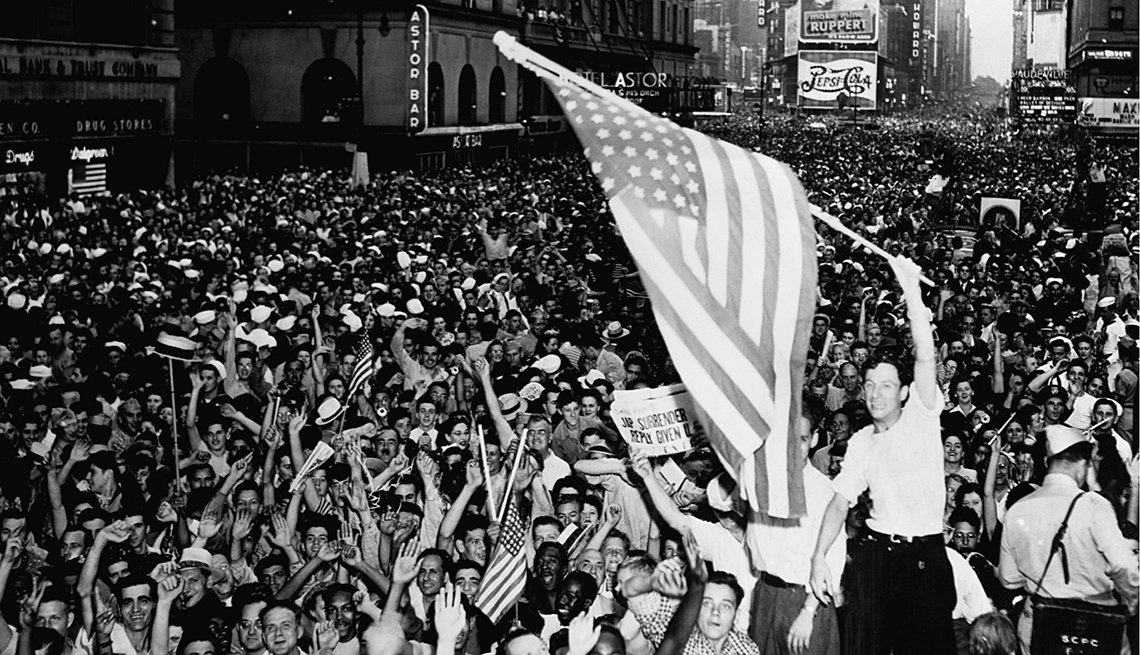 Yesterday, you heard in Phyllis Schlafly’s own words about the tragedy of the Pearl Harbor attack in 1941. Just as she said, Pearl Harbor Day should be a sobering reminder of the dangers that come with rejecting a philosophy of American military superiority. However, I think there’s a lot of hope to be found in our history as well.

Phyllis Schlafly maintained a journal throughout most of her life. Phyllis Schlafly Eagles keeps this priceless treasure in our archives in Saint Louis, Missouri. Looking back at her entries for 1945, I’ve read what she wrote about rushing to downtown Saint Louis to see the celebrations of V-J Day in the streets. She witnessed firsthand how America reactions to triumph as well as tragedy.

Americans have been trying to come to grips with COVID-19 for months now, but the Christmas season are sure to highlight the peculiarity of the times we live in. As we all deal with meddlesome government restrictions and nervous family members, do not forget that Americans can overcome any challenge if we are willing to stand by the foundational principles that unify us.

In December 1941, Americans rallied together to face a foreign threat. If Americans are going to face the foreign threat of the China Virus, we have to stand together. Democrats want to divide don’t want that to happen. They would rather rule over a divided nation. They want to pit black against white, man against woman, urban against rural, and young against old. We cannot let them get away with it. No matter what the left says, most Americans want to stand for the flag and support our first responders. We believe, as our Founding Fathers did, that government should answer to We the People. We believe in personal liberty as well as personal responsibility. We don’t want a nanny state to dictate how we live our lives.

Just as Phyllis Schlafly experienced, sometimes we have to suffer through a Pearl Harbor to get to a V-J Day. We cannot allow ourselves to be discouraged when there is so much promise in what lies ahead. In triumph and in tragedy, Americans can come together to fight for liberty.

What You Need to Know is we are in a proxy war with Russia. Until now, we’ve been able to at least try to say we have given Ukraine defense weapons … END_OF_DOCUMENT_TOKEN_TO_BE_REPLACED

What You Need to Know is a lesson on documents and double standards. Suddenly everyone has classified documents and everyone is spinning the stories … END_OF_DOCUMENT_TOKEN_TO_BE_REPLACED

What You Need to Know is to thank the Freedom 20 who took up the House Speaker fight last week. Get the list here — it only takes 3-5 minutes … END_OF_DOCUMENT_TOKEN_TO_BE_REPLACED

Phyllis Schlafly Eagles · #WYNK: Trump is Stronger Than Biden | January 27, 2023 #ProAmericaReport The following is a transcript from the Pro … END_OF_DOCUMENT_TOKEN_TO_BE_REPLACED