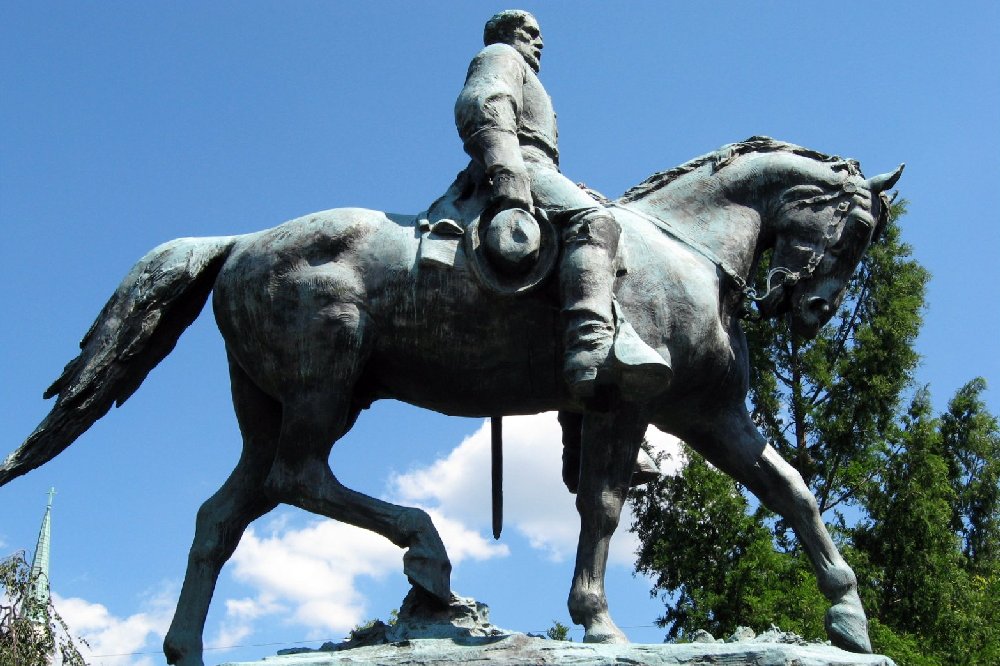 Anger and disunity surged across the country as protestors gathered to commemorate the death of a black man named George Floyd who died while in police custody. Americans all agree that racism is wrong, and no one is opposed to citizens gathering together for a peaceful protest, but the Black Lives Matter movement is not about protecting African Americans. These protestors have branched beyond free speech with violence, looting, and destroying public monuments all in the name of Black Lives Matter. Taxpayer-funded monuments are now under attack by the mob. At first, they specifically targeted Confederate statues. Before long, they defaced the man who freed the slaves–Abraham Lincoln. Yes, the president who fought for liberty and unity is on the Black Lives Matter hit list.

The leftists back the Black Lives Matter movement because they sow seeds of disunity. Tearing down monuments is their way of erasing America’s history. Insurrectionists only tear something down to rebuild it according to their fashion. They claim that these historical figures are signs of tyranny and oppression. No human being is perfect, but to attack Abraham Lincoln indicates the real motive of Black Lives Matter. They want to erase American history, disintegrate our values, and build their own country. We must realize that these anarchists have an agenda, which does not value life but destroys it.

There is more at stake than artwork. Anarchy is tearing at the seams of our nation and threatening our freedoms. Statues protected under the Heritage Act are being unlawfully removed. Our laws are not indeterminate and open for interpretation. The American people need to realize that the left is more power hungry than ever. Our nation is being attacked from within. If we do not speak up for the men and women history has deemed worthy of remembrance, the principles of this great nation will be lost forever. Movements of hatred like Black Lives Matter quickly expand from a spark into a forest fire. We must defuse the spread of hatred with the truth of American history. The false narratives have been taught for too long. It is time for us to remember our American heritage and rely on the Faith our Founding Fathers gave us.

What You Need to Know is we are in a proxy war with Russia. Until now, we’ve been able to at least try to say we have given Ukraine defense weapons … END_OF_DOCUMENT_TOKEN_TO_BE_REPLACED

What You Need to Know is a lesson on documents and double standards. Suddenly everyone has classified documents and everyone is spinning the stories … END_OF_DOCUMENT_TOKEN_TO_BE_REPLACED

What You Need to Know is to thank the Freedom 20 who took up the House Speaker fight last week. Get the list here — it only takes 3-5 minutes … END_OF_DOCUMENT_TOKEN_TO_BE_REPLACED

Phyllis Schlafly Eagles · #WYNK: Trump is Stronger Than Biden | January 27, 2023 #ProAmericaReport The following is a transcript from the Pro … END_OF_DOCUMENT_TOKEN_TO_BE_REPLACED