President Trump won more kudos this year for allowing the release of the JFK assassination files. He proved again why he is a welcome alternative to the Establishment. Trump decided to allow the end of the 50+ years the government hiding these documents from the public. 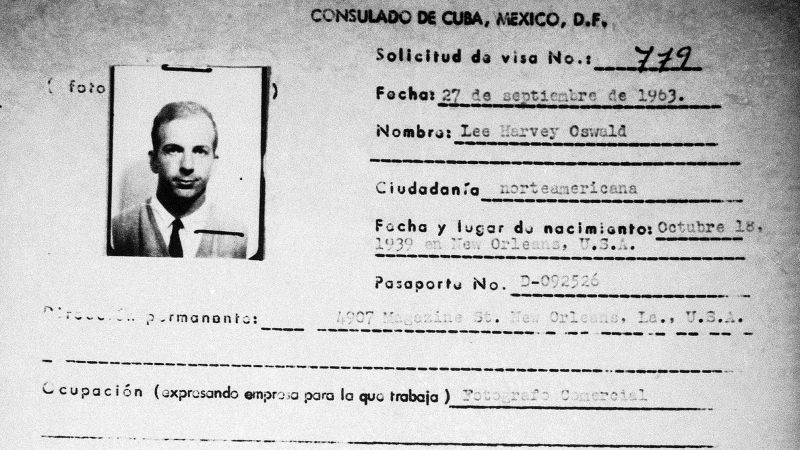 Lee Harvey Oswald was a radical communist who described himself as a "Marxist" during his post-assassination interrogation. It was widely known then that Oswald hated America so much he sought to renounce his American citizenship, and he had even defected to the communist Soviet Union.

What is not yet known, which perhaps this final document release will shed light on, is who allowed Oswald back into the United States to pass out pro-Fidel Castro literature months before he assassinated President Kennedy in 1963. Why would the federal government allow the known America-hater to immigrate back to our country after he attempted in Russia to renounce his American citizenship?

Even the Warren Commission, not known for the depth of its investigation, admits that Oswald had attempted to murder the outspokenly anti-communist Major General Edwin A. Walker in Dallas in April 1963, less than nine months before his assassination of JFK. The bullet that narrowly missed General Walker in his home was traced to the same make of rifle Oswald used against JFK, and Oswald’s wife admitted to her husband’s attempted murder of General Walker.

The narratives preferred by liberals about the JFK assassination are that Oswald was “a 24-year-old loser who was mad at the world and wanted to make a name for himself,” in the words of Minnesota federal judge Jack Tunheim, who reviewed these soon-to-be-released documents as Chairman of the Assassination Records Review Commission.

But an angry-at-the-world 24-year-old merely seeking to make a name for himself does not stalk to kill a little-known anti-communist general.

Judge Tunheim, after reviewing the documents, conceded that the federal government destroyed some documents after the JFK assassination, preventing the public from ever seeing them. Whether that destruction was ideological or simply to avoid institutional embarrassment may forever remain a mystery.

What You Need to Know is Happy birthday to America! It might not seem like it, but things are really really good here in America. The left act like … END_OF_DOCUMENT_TOKEN_TO_BE_REPLACED

Phyllis Schlafly Eagles · #WYNK: Happy birthday to America! | July 1, 2022 #ProAmericaReport The following is a transcript from the Pro America … END_OF_DOCUMENT_TOKEN_TO_BE_REPLACED

What You Need to Know is How America is Winning and Losing. One way we are losing in America is how the Narrative Machine is reporting the Jan. 6th … END_OF_DOCUMENT_TOKEN_TO_BE_REPLACED

Phyllis Schlafly Eagles · July 6 | Will Globalists Build the Future? Amid chaos on many fronts, globalists march forward into the night. Klaus … END_OF_DOCUMENT_TOKEN_TO_BE_REPLACED

What You Need to Know is we should be worried about China! The Chinese communist regime has shown a penchant for the long play. They don’t necessarily … END_OF_DOCUMENT_TOKEN_TO_BE_REPLACED