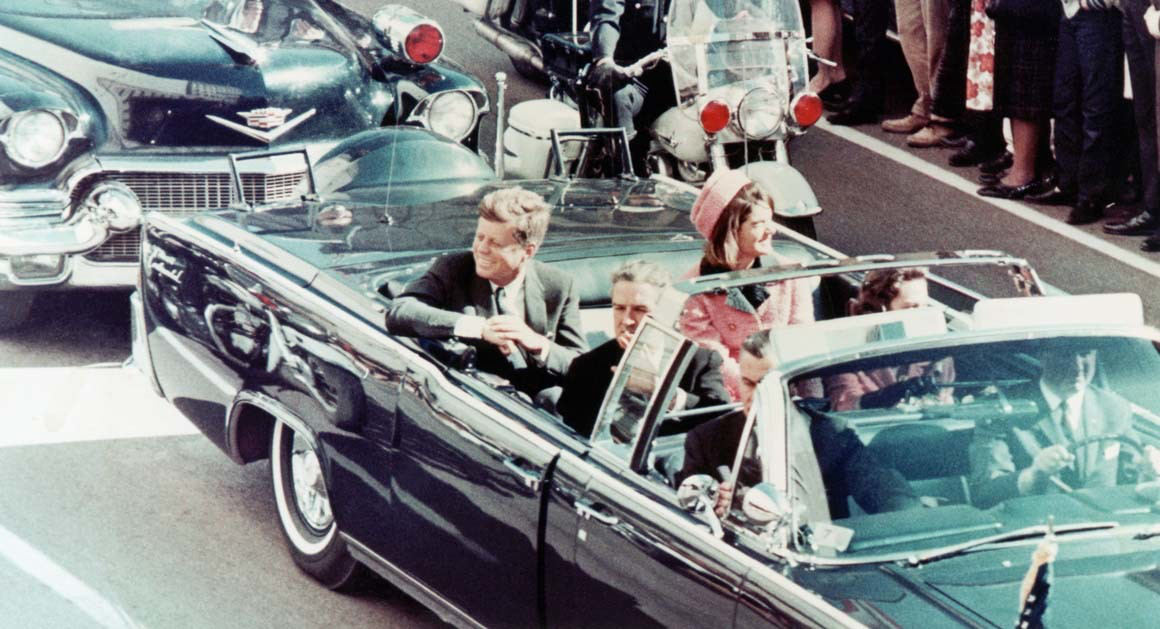 President Trump wins more kudos for allowing the release of the JFK assassination files. Proving again why he is a welcome alternative to the Establishment, Trump has stood up for the American people in ending the 50+ years of cover-up by government of these documents.

Lee Harvey Oswald was a radical communist who described himself as a "Marxist" during his post-assassination interrogation. It was widely known then that Oswald hated America so much he sought to renounce his American citizenship, and he had even defected to the communist Soviet Union.

What is not yet known, which perhaps this final document release will shed light on, is who allowed Oswald back into the United States to pass out pro-Fidel Castro literature months before he assassinated President Kennedy in 1963. Why would the federal government allow the known America-hater to immigrate back to our country after he attempted in Russia to renounce his American citizenship?

If that question sounds familiar, then it is because the practice of letting America-haters into our country, or back into our country, has continued until recently when President Trump issued his so-called travel ban to stop the influx. Trump’s travel ban is designed to cut off the immigration of people from areas hostile to the United States, but federal courts have worked overtime to block Trump’s sensible executive orders.

A half-decade ago, the federal government let Boston Marathon bomber Tamerlan Tsarnaev back into the United States despite being put on full notice of how much he hated our country. To this day government withholds information about the likely participation by Tsarnaev in the brutal murder of Jewish acquaintances on Sept. 11, 2011.

Obvious clues linking Tsarnaev to the 9/11 anniversary killings were ignored by law enforcement, just as the risks posed by Oswald to our Nation were downplayed. After more anti-American training in foreign countries Tsarnaev was let back into the United States to carry out his bombing at the Boston Marathon in spring 2013, just as Oswald was let back in to hurt America.

Even the Warren Commission, not known for the depth of its investigation, admits that Oswald had attempted to murder the outspokenly anti-communist Major General Edwin A. Walker in Dallas in April 1963, less than nine months before his assassination of JFK. The bullet that narrowly missed General Walker in his home was traced to the same make of rifle Oswald used against JFK, and Oswald’s wife admitted to her husband’s attempted murder of General Walker.

The narratives preferred by liberals about the JFK assassination are that Oswald was “a 24-year-old loser who was mad at the world and wanted to make a name for himself,” in the words of Minnesota federal judge Jack Tunheim, who reviewed these soon-to-be-released documents as Chairman of the Assassination Records Review Commission.

Judge Tunheim, after reviewing the documents, conceded that the federal government destroyed some documents after the JFK assassination, preventing the public from ever seeing them. Whether that destruction was ideological or simply to avoid institutional embarrassment may forever remain a mystery.

Liberals are nervous about the upcoming data dump on Thursday and seek to downplay its significance, anxious to smear anyone who analyzes them as a "conspiracy theorist." Yet liberals are currently wasting millions of taxpayer dollars on their wacky theory that there was a Russian conspiracy that somehow interfered with the 2016 presidential election.

Wikileaks is popular because for eight years the Obama Administration did conceal or lie about information. Despite numerous laws like the Freedom of Information Act that attempt to compel the government to be transparent, Clinton and Obama routinely hid and withheld information from the public.

For example, the federal government continues to hide evidence about other potential crimes even older than the JFK assassination. More than 200 years ago Meriwether Lewis died of a gunshot wound, either by murder or suicide, after having led the marvelous Lewis and Clark expedition to explore the Northwest.

Lewis is buried in a national park owned by the federal government, and President Bill Clinton refused requests by historians and Lewis's descendants to exhume his body probably because Clinton did not want to set a precedent that might result in the exhumation of his deceased Commerce Secretary Ron Brown, sought around the same time. The Bush Administration later approved an exhumation of Lewis in 2008, but then the Obama Administration blocked it without any reasonable justification, presumably as a favor to the Clintons.

Government will hide information as long as the public allows it. Fortunately, President Trump is siding with the public.

Phyllis Schlafly Eagles · #WYNK: Trump is Stronger Than Biden | January 27, 2023 #ProAmericaReport The following is a transcript from the Pro … END_OF_DOCUMENT_TOKEN_TO_BE_REPLACED

What You Need to Know is Trump is stronger than Biden. Our American leaders sending tanks and weapons to escalate the war in Ukraine aren’t in line … END_OF_DOCUMENT_TOKEN_TO_BE_REPLACED

Phyllis Schlafly Eagles · #WYNK: Documents and Double Standards | January 24, 2023 #ProAmericaReport The following is a transcript from the Pro … END_OF_DOCUMENT_TOKEN_TO_BE_REPLACED