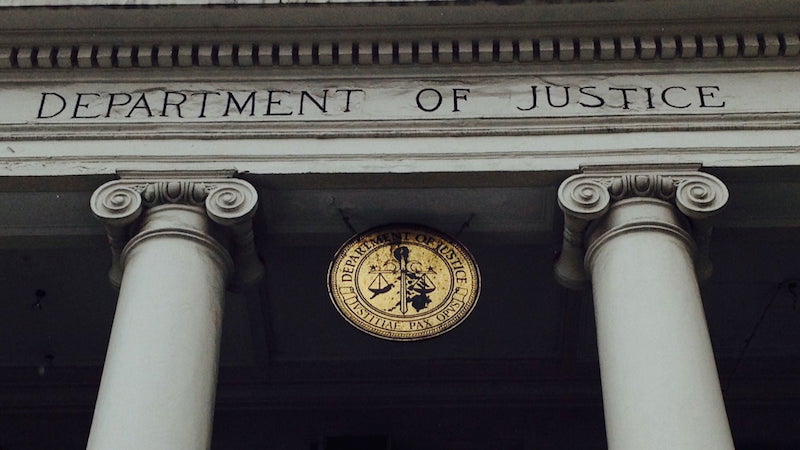 Robert Mueller’s ongoing “investigation” of Trump supporters is the only part of government that has no budgetary constraints and no real accountability. Its lack of proper oversight resulted in a political opponent of Trump, FBI agent Peter Strzok, apparently leading the biased questioning of Lieutenant General Michael Flynn that caused his downfall.

The partisan agent has since been reportedly removed from the Mueller investigation, but not until after the injustice occurred. The right to an impartial investigator is fundamental to our legal system, and Gen. Flynn was unjustly deprived of it.

“When the FBI first learned of the allegations, the employees involved were immediately reassigned, consistent with practices involving employee matters,” the FBI declared. But the flaw is that there has been no proactive oversight of Mueller’s out-of-control investigation, and no meaningful steps taken to ensure that bias does not taint the process.

We have three branches of government, and the Department of Justice is part of the Executive Branch. Yet President Trump has been misled by his advisers to believe that he cannot supervise his own department or fire employees who fail to ensure impartiality in the investigations.

Meanwhile, on Tuesday the Justice Department released the shocking report that Mueller blew through $6.7 million in merely the first four-and-a-half months of his investigation, which exceeds more than $1 million per month. At that rate his runaway witch-hunt has already wasted more than $10 million in taxpayer money, with no end in sight.

General Flynn, who spent most of his life serving our country, could not possibly withstand an expenditure of so much money against him. Facing bankruptcy if he did not agree to a plea bargain, he had little choice to stop the hemorrhaging of legal fees in order to save his family from complete financial disaster.

Before long, the cost of Mueller’s searching for crimes done by Trump supporters will exceed the entire budget for the United States Attorney’s office in many states. The Department of Justice gives more money to Mueller’s unsupervised investigations than it does to prosecuting dangerous illegal aliens in many parts of the country.

Hire 17 prosecutors and give them a blank check for funding, as the DOJ has done for Mueller, and numerous injustices will inevitably follow. On Tuesday there was a report, denied by a Trump attorney, that Mueller’s prosecutors have even issued a subpoena on Deutsche Bank to provide highly confidential banking information about President Trump and his family.

At this point, Trump’s own advisers may be too terrified of the out-of-control prosecutors to give him candid advice. Congressmen are probably petrified about retaliation if they were to say anything critical of this.

But President Trump can and should take the decisive action that he is known for in other areas. For starters, he should impose a reasonable limit on expenditures by Mueller’s growing army of 17 lawyers.

In Texas, for example, the average cost of investigating and prosecuting a death penalty case is $2.3 million. That should be more than adequate for the task of looking into whether there was any illegal contact with Russians during the 2016 election, in which nobody died.

But Mueller has already burned through more than three times that amount. In the spirit of the Christmas season, Trump should cap the taxpayer expense at ten times the cost of a death penalty case, or $23 million.

In addition, Trump should fire those who are failing to properly supervise the Mueller investigation. Deputy Attorney General Rod Rosenstein should be politically accountable for everything that Mueller does, and when there is a lack of oversight on his overreaching, then Mr. Rosenstein should be fired.

Use of an anti-Trump FBI agent to interrogate key witnesses is an example of something that should never have been allowed in the first place, and for which a supervisor should be fired. Issuing subpoenas on a private bank for the highly personal banking information of Trump and his family members is another basis for firing the supervisor who allows it.

Congress properly rejected the concept of an “independent prosecutor” nearly two decades ago, and Justice Antonin Scalia wrote against it as being unconstitutional. Similarly, the advice that President Trump has been receiving that the Department of Justice must somehow be independent is contrary to our Constitution.

Phyllis Schlafly felt an incoming president should take control of all of the Executive Branch to ensure loyalty to his mandate. It is long overdue for Trump to invoke Harry Truman to say “the buck stops here,” and stop the injustices coming out of his Department of Justice.

What You Need to Know is two good reasons to pass election reform: 1) If fraud is found and addressed; 2) When voter confidence is low. We have a … END_OF_DOCUMENT_TOKEN_TO_BE_REPLACED

What You Need to Know is beware of the vaccine bullies! Science is good and there are good vaccines out there. However, we have a lot of vaccines in … END_OF_DOCUMENT_TOKEN_TO_BE_REPLACED

What You Need to Know is people want to know their vote counts! Georgia recently passed a law that would help bring back confidence in elections for … END_OF_DOCUMENT_TOKEN_TO_BE_REPLACED

Phyllis Schlafly Eagles · April 7 | Trump Can't Be Controlled In the battle for the soul of the Republican Party, the two sides are the 74 … END_OF_DOCUMENT_TOKEN_TO_BE_REPLACED

What You Need to Know is the Narrative Machine’s “January 6 Insurrection” story is falling apart. They crafted a fantasy that the MAGA rally was … END_OF_DOCUMENT_TOKEN_TO_BE_REPLACED

What You Need to Know is it’s time to bust the Narrative Machine! American’s have been bombarded by the narrative machine. Recently this article came … END_OF_DOCUMENT_TOKEN_TO_BE_REPLACED