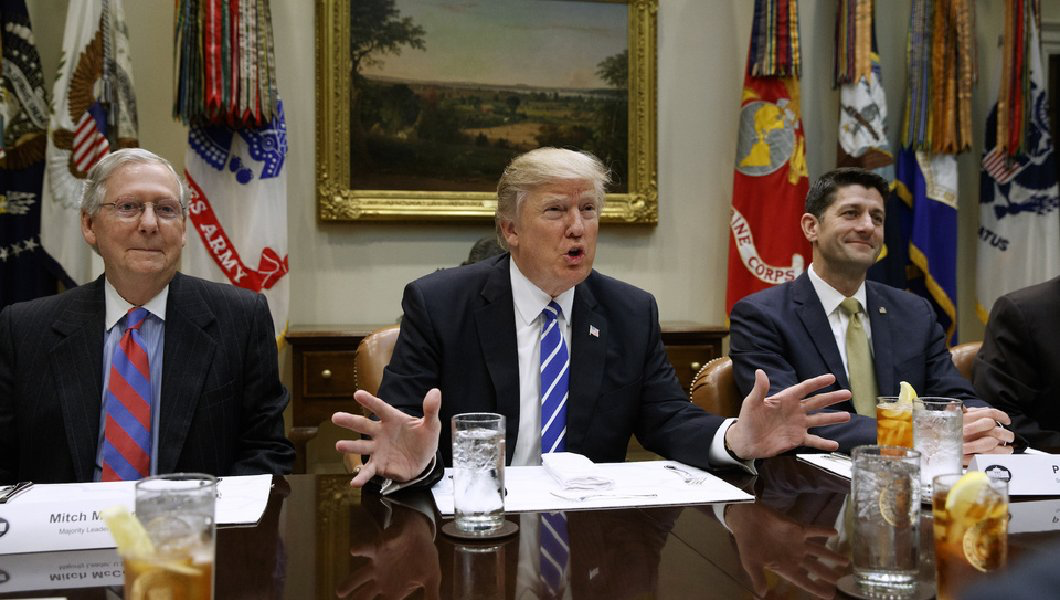 The refreshing firing of McCabe was another shot across the bow in this comic-book-like struggle between the American people, led by Trump, and the dug-in Establishment. This illustrates what Phyllis Schlafly wrote about in her bestselling classic A Choice Not An Echo, which describes the long-running battle between the grassroots and the insiders who control government no matter who is elected.

Robert Mueller, or his superior Rod Rosenstein who fails to rein him in, should be next on the chopping block, and Trump needs to strike while the iron is hot. And Trump should fire any advisers who stand in his way on this.

Mueller has already wasted far more than ten million dollars in taxpayer money while proving nothing of significance. Instead, Mueller has intimidated those loyal to Trump, which may be the real goal.

If the only thing President Trump achieves is to loosen the grip by the power-brokers on D.C., then he will have accomplished more than his four predecessors combined. But the fierce resistance by both political parties makes the outcome far from clear.

The Deep State has control of all the federal agencies in D.C., so it is a steep climb to triumph over it. Some might wonder if it is even impossible to return the power to the American people that is rightfully ours.

A whopping 74% of Americans recognize the problem of the “Deep State” – the entrenched bureaucrats in D.C. who control our government. This was confirmed by a remarkable poll released in March by Monmouth University.

The Monmouth University survey was mostly of Democrats and Independents, with Republicans comprising only 27% of the respondents, so its results are even more extraordinary. When asked about the possible existence of “a group of unelected government and military officials who secretly manipulate or direct national policy,” known as the Deep State, 47% said it “probably exists” and 27% said it “definitely exists.”

With unusual consistency across Democrats, Independents, and Republicans, about 60% said that unelected or unappointed officials hold too much power in government. If Trump can end that, then Americans will be forever grateful.

Biden’s Plan to Buy Votes  As the midterm elections fast approach, Democrats have lost a key demographic that they relied on in 2020: … END_OF_DOCUMENT_TOKEN_TO_BE_REPLACED

Phyllis Schlafly Eagles · May 16 | The Trickle-Down Effect of Bad Policies Good news arrived in the district court of the District of Columbia, … END_OF_DOCUMENT_TOKEN_TO_BE_REPLACED

Phyllis Schlafly Eagles · May 9 | How To Remake A Political Party Remaking a political party is difficult, but essential now as the entrenchment of … END_OF_DOCUMENT_TOKEN_TO_BE_REPLACED

For Immediate Release: May 16, 2022Contact: Ryan Hite, Communications Director The Power of Grassroots Is Surging and Winning All Across the … END_OF_DOCUMENT_TOKEN_TO_BE_REPLACED

Phyllis Schlafly Eagles · #WYNK: How to Drain the Swamp in 2022 | May 13, 2022 #ProAmerica Welcome. Welcome, welcome!  Ed Martin here on the Pro … END_OF_DOCUMENT_TOKEN_TO_BE_REPLACED