Your calendar may say that today is Presidents Day, but that is not the legal or official name of this holiday. Federal law states that it is George Washington's Birthday, and he is the one President we should be honoring today. One way to celebrate Washington's Birthday is to teach your children that the Father of Our Country was a man of tremendous personal honor and integrity. With George Washington, what you saw was what you got. He is an extraordinary example of a public official whose character was above reproach and who was not corrupted by the praise he was given by his contemporaries. 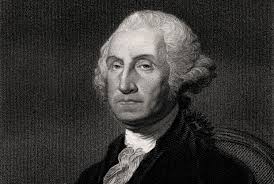 George Washington never would have accepted the popular notion that the personal lives of public officials are none of the public's business. He wanted our nation to be bound by the same rules of honor and honesty that should bind individuals: Washington said: "I hold the maxim no less applicable to public than to private affairs that honesty is always the best policy." With George Washington, what you saw was what you got. The public man and the private man were one and the same. He is an extraordinary example of a public official whose character was above reproach.

Another way to observe George Washington's Birthday would be to read his Farewell Address, which is full of good advice for our nation, especially in the area of foreign policy. Washington dedicated a large part of his Farewell Address to discussing the dangers of permanent alliances between the United States and foreign countires. He urged the American people to avoid long-term attachments with other nations because that would cloud the government's judgment in foreign policy. Washington urged us to take advantage of our isolated position between two great oceans, which can allow us to remain neutral in foreign conflicts and to focus on our own affairs and our national security.

What You Need to Know is the importance of Draining the Swamp! We watched as the Senate had hearings and then confirmed Justice Ketanji Brown Jackson … END_OF_DOCUMENT_TOKEN_TO_BE_REPLACED

What You Need to Know about Hoaxes! Brian Stelter, chief media correspondent for CNN, was recently asked by a college freshman why all these hoaxes, … END_OF_DOCUMENT_TOKEN_TO_BE_REPLACED

What You Need to Know Feminists don’t what they are doing! They are about to make another marketing error by utilizing all the wrong imagery and … END_OF_DOCUMENT_TOKEN_TO_BE_REPLACED