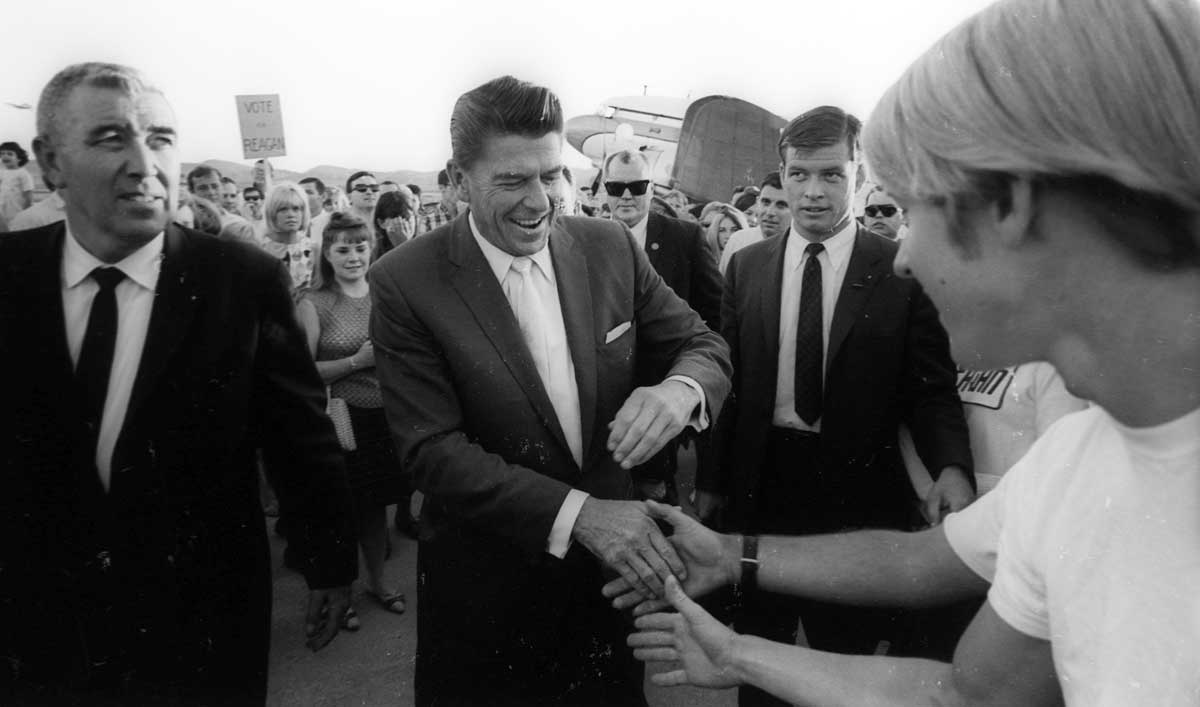 Conservatives now face a major political challenge, but they can tackle and overcome it. They’ve done that before. Let’s reflect on a little history. In 1964, Lyndon Johnson won in a landslide over Barry Goldwater. After that defeat, conservatives were persuaded to support the moderate candidate, Richard Nixon, who had cozied up to the Rockefeller establishment, instead of Ronald Reagan who was also available.

It was a bad mistake for conservatives to accommodate the big­ government internationalist wing of the Republican Party.

Contrast that mistake with what happened after Republicans lost in 1976 when Jimmy Carter defeated Gerald Ford in a close election. After that, Ronald Reagan spent four years working the grassroots, speaking at dinners, answering audience questions, traveling the country by car and train, making radio broadcasts, and learning from average Americans.

By 1980, Reagan had sharpened his conservative philosophy in sync with what Americans want from their leaders. Grassroots conservatives and Ronald Reagan learned from each other.

That’s the model conservatives should follow now and educate new leaders. Republicans should follow Ronald Reagan’s example and focus on the grassroots with a campaign that will be a learning process for both the voters and potential candidates.

Conservatives can win by campaigning from the ground up, not the top down.

Candidates, consultants and activists should move outside of Washington, DC and discover what the remaining 99% of the country wants. It is important to educate the voters about the issues, and it’s even more important to educate all those who are trying to become our leaders.

That can best be done by having them criss­-cross the country, speak to small groups, and open themselves up to questioning about real issues. Only then can they demonstrate and convince the voters that they are authentic rather than pseudo-conservatives.

What You Need to Know is Nancy Pelosi and her colleagues are locking the American people into a solitary bubble. People are brainwashed and trapped in … END_OF_DOCUMENT_TOKEN_TO_BE_REPLACED

// Previously Recorded by Phyllis Schlafly 2011 // The United Nations officially began on October 24, 1945, and the globalists would like us to … END_OF_DOCUMENT_TOKEN_TO_BE_REPLACED

What You Need to Know about Modern Politics. In the last couple of days, the January 6th committee has run out of steam. Here are two things to … END_OF_DOCUMENT_TOKEN_TO_BE_REPLACED

Phyllis Schlafly Eagles · July 1 | The High Stakes of Parental Responsibility If you are not a stranger to the Phyllis Schlafly Radio Commentaries, … END_OF_DOCUMENT_TOKEN_TO_BE_REPLACED