Every August, the debate erupts again about whether President Harry Truman was right or wrong in his decision to order the atomic bombs dropped on Japan in 1945. A new book by Wilson Miscambie called The Most Controversial Decision deals at length with this question. It's a carefully researched and logically written book that places Truman's controversial decision in the context of the times. The author makes a powerful case that, indeed; Truman was right in making that decision. The atomic bombs ended the war in the Pacific. No military officials counseled the president against using the atomic bomb prior to Hiroshima. Truman acted with the full support of his chief civilian and military advisers. 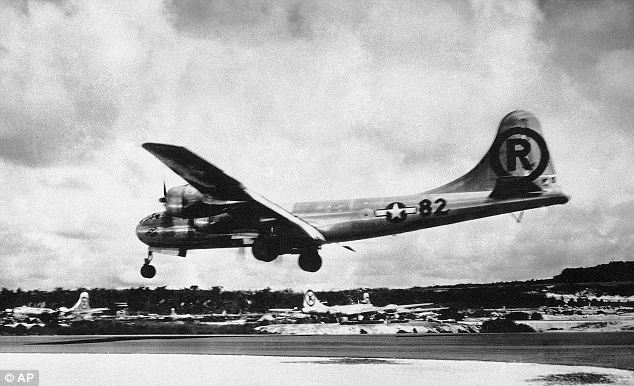 As sanctimonious people sound off on the anniversaries of the Hiroshima and Nagasaki atom bombs, we challenge them to stop condemning Truman until they can specify another course of action that would have ended the war with fewer casualties. It's practically impossible to do that. Of course, the United States could have eventually defeated Japan without the atomic bombs, but all the alternate scenarios would have produced greater casualties on both sides. We would have engaged in continued obliteration bombing of Japanese cities and infrastructure, and the terrible land invasion, island by island, that had been advocated by General George Marshall. Thousands of American and Allied soldiers, sailors, marines and airmen would have been added to the lists of those killed in World War II. The atom bomb made it possible for thousands of fine young American men to come home, grow up to live normal lives, marry and raise families, instead of dying a tortured death on the beaches of Japan. To the list of the dead, we would also have to add the thousands of Allied prisoners of war whom the Japanese had planned to execute if we ever invaded Japan. Even Japanese deaths would have been substantially greater without our use of the atom bombs.

What You Need to Know is the Media and Democrats are spinning! Coverage up to the November elections will tell us it's close even though it's not. See … END_OF_DOCUMENT_TOKEN_TO_BE_REPLACED

Phyllis Schlafly Eagles · #WYNK: It's 1894 In 2022 | September 30, 2022 #ProAmericaReport The following is a transcript from the Pro America … END_OF_DOCUMENT_TOKEN_TO_BE_REPLACED

What You Need to Know is the comparison from 1894 to 2022. We are in a similar situation as in 1894. They were in a recession back then. There was a … END_OF_DOCUMENT_TOKEN_TO_BE_REPLACED

Phyllis Schlafly Eagles · October 5 | Follow the Science on Monkeypox As Americans try to put Covid behind us, another frightening virus has … END_OF_DOCUMENT_TOKEN_TO_BE_REPLACED