December 14th is the anniversary of a great loss for our country. That date marks the death of General George Washington, founding father and first president of the United States. Today gives us another opportunity to remind listeners about the true greatness of the man who is properly called "First in war, first in peace, and first in the hearts of his countrymen." 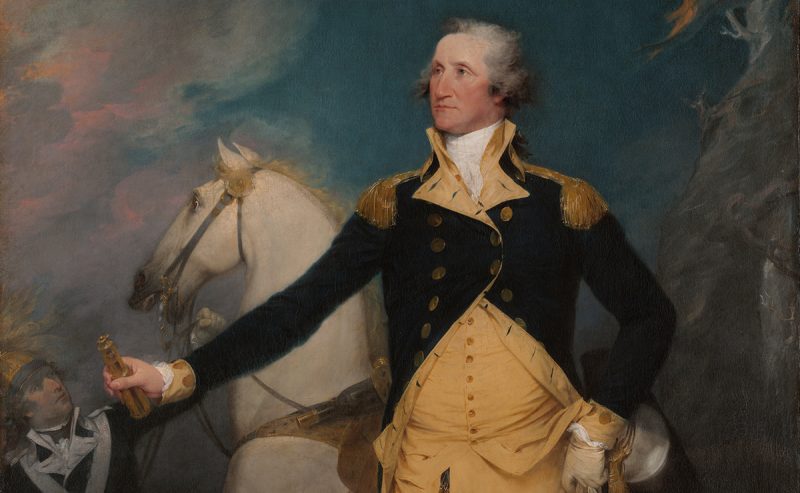 A picture of George Washington used to hang in every public school classroom, but somehow those pictures disappeared. Modern writers have tried to downgrade Washington's religious faith. In Washington's time, there was a strict formality in the way they addressed Almighty God. Washington and the struggling Americans asked every day for God's help and believed that Providence would, indeed, favor their battle for independence from England.

Washington's public statements and private letters are full of references that show a deep and profound Christian faith. Here are several examples. In a general order to his troops dated May 2, 1778, Washington wrote: "To the distinguished character of patriot, it should be our highest glory to add the more distinguished character of Christian." The next year, Washington said in a speech to Delaware leaders, "You do well to wish to learn . . . above all the religion of Jesus Christ."

Washington rigorously observed the Sabbath and attended church services on that day. Numerous associates reported that he regularly reserved time for private prayer. Those who knew Washington best, including the chaplains who served under him during the American Revolution, had no doubt about Washington's strong religious beliefs. The education elite and the media may try to hide or whitewash George Washington’s role in our country. So let us take this day to remember the real George Washington, and just how much this man’s Christian principles guided the early years of our nation.

What You Need to Know is Democrats’ plan to slow down GOP investigations. David Brock (of Media Matters) released a memo detailing a group that will … END_OF_DOCUMENT_TOKEN_TO_BE_REPLACED

Phyllis Schlafly Eagles · December 2 | The Past, Present, and Future of the War on Christmas Haul out the holly and bring out the boxing gloves. … END_OF_DOCUMENT_TOKEN_TO_BE_REPLACED

Phyllis Schlafly Eagles · December 1 | We Need More Badges Herschel Walker had an iconic moment in a debate with Sen. Raphael Warnock when he … END_OF_DOCUMENT_TOKEN_TO_BE_REPLACED