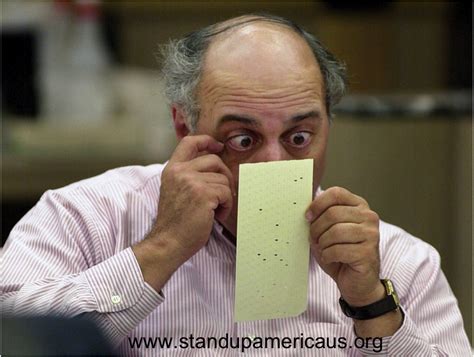 Al Gore’s supporters and their allies in the media continue to falsify the facts about Florida in order to try to delegitimize George W. Bush’s election. To make sure that spin does not replace reality, let’s examine some of these myths.

Myth: The U.S. Supreme Court decision in Bush v. Gore proves that, contrary to their oft-proclaimed opposition to judicial activism, conservatives really favor it when it suits their partisan causes.

In fact, someone (thank you, U.S. Supreme Court) had to stop the runaway Florida supreme court that gave us two textbook cases on the evils of judicial activism. That Florida court tried to rewrite Florida election law to assist Gore by overruling lower Florida courts, changing statutory deadlines, and creating new recount procedures.

Myth: Because of their customary support of states’ rights, Justice Antonin Scalia and the other Supreme Court conservatives were inconsistent and partisan in overturning the Florida supreme court’s interpretation of Florida law.

Scalia is a legal textualist who consistently prefers to rely on the actual statutory text rather than judicial interpretations, political intent, or penumbras. The various Gore recount schemes were clearly far outside what the Constitution and the statute provide, and it was absolutely consistent for Scalia and the other majority Justices to reverse such an unprecedented judicial rewrite of the law.

Myth: Stevens attacked the conservatives on the U.S. Supreme Court as being partisan.

Contrary to the spin added by most commentators, Stevens’ much- quoted criticism was about the Florida judges, not the U.S. Supreme Court Justices. What Stevens actually said was that the loser in this election is “the Nation’s confidence in the [state] judge as an impartial guardian of the rule of law.”

Stevens is absolutely right; we don’t have confidence in judges deciding an election. The nation, indeed, was shocked that the high Florida court could act in such a blatantly partisan manner in trying to throw the election to Gore.

Myth: The U.S. Supreme Court was sharply divided 5-4 over whether the Florida supreme Court did the right thing.

Even the Florida Supreme Court repeated this myth. In fact, the U.S. Supreme Court made no ruling against the statutory counting methods, but only ruled that the judicially-ordered 11th-hour partial manual recount violated constitutional equal protection rights.

Myth: Gore offered to have a manual recount of the entire state of Florida.

In fact, neither Gore nor his lawyers ever asked for a statewide manual recount of any kind. Gore did once suggest that he meet with George W. Bush and make some sort of private deal for a recount, but Gore’s lawyers never asked the election officials or the courts for a statewide recount.

Myth: George W. Bush was hypocritical to oppose counting dimpled chads in Florida after he had pushed through a law in Texas to count them.

Three counties in Texas use punch cards and the law does say that dimpled chads can be counted in some circumstances. But the law was passed in 1993, before Bush was Governor and, according to a Washington Post investigation, no other state counts dimpled chads.

Myth: The Florida standard for a legal vote is based on the intent of the voter.

In fact, a legal vote in Florida is one that is counted by the statutory counting methods in effect. The statute mentions intent of the voter only in cases where a damaged ballot is not machine readable or if a machine malfunctions.

Myth: Not all legal votes were counted.

In fact, the so-called undervote ballots were machine-read twice and all lawful votes were recorded. No actual machine error was demonstrated; the machines functioned as intended.

Myth: Gore never got the manual recounts that he was entitled to under Florida law.

Florida law does not require manual recounts. It only says that a manual recount is one of three alternatives in the protest phase in case the counting machines malfunction.

Myth: Gore was entitled to contest the election if a more accurate counting method could be found.

Gore was entitled to sue in the Florida circuit court to “correct an alleged wrong,” but Gore never alleged any wrongdoing. He only had a theory that another counting methodology might have been better for him in some cases, but that is no argument for a judge to change the methodology; at best, it might be an argument for the legislature to revise the law before the next election.

Myth: Bush delayed the proceedings until time ran out for a recount.

The biggest delay was the 12-day certification delay that was imposed by the Florida supreme court at Gore’s request. That delay, as well as the fact that Gore had no real case, prevented Gore from completing his protest of the election.

Phyllis Schlafly Eagles · February 8 | Leftist Hollywood's Downward Spiral Looking back on 2022, it is plain to see that Democrat-dominated … END_OF_DOCUMENT_TOKEN_TO_BE_REPLACED

What You Need to Know is Tucker is allowing the will of the people to be heard! When a huge block of Republicans and so-called conservatives are … END_OF_DOCUMENT_TOKEN_TO_BE_REPLACED