Phyllis Schlafly Wrote About Kingmaker Meddling in Elections; Alabamians have Witnessed It Firsthand.

St. Louis, MO:  This week the nation witnessed an astonishing blow to the Republican establishment. After pulling all support for Judge Roy Moore in the Alabama Senate race, the GOP returned their financial and field support on Monday of this week. The RNC faced tremendous backlash in the wake of their initial abandonment of Moore, including from the President who just this week re-endorsed Moore.

Phyllis Schlafly dedicated years of her life to fighting against the Republican establishment – Kingmakers as she called them in her 1964 book A Choice Not An Echo. This book revealed how the GOP kingmakers tried to dictate their choice of Republican presidential nominees.  Since then, the Kingmakers and their agents have used dirty tricks on every level of elections.

"The Kingmakers have meddled countless times in our GOP primary elections across the board," said Communications Director Ryan Hite. "The Establishment has become so desperate to maintain power that they have even thrown general elections to the Democrats rather than have authentic conservatives in office! Their only objective is to maintain power, not to pursue conservative policies or to govern.

"Phyllis Schlafly called on the grassroots to fight back against these power brokers who would have elections be their own 'selections.' Roy Moore defeated the Establishment's $30 million candidate in the Alabama Senate primary, and they wasted no time in finding a political hit job that would force him to step out of the race. Roy Moore said no. His supporters said no. And now the Kingmakers had no choice but to come back to the table or be embarrassed at the ballot box."

Phyllis Schlafly left us many wise words on the "rigging" of elections by powerful elites. "Free competition has been the secret of America's greatness," she said in 1964's A Choice Not An Echo. "Political campaigns should be competitive and adversarial. … Free debate in this field will help us to avoid the same mistakes in the future and enable American voters to make the right choice on the basis of all the facts."

We would do well to heed her advice as we fight for accountable, conservative legislators in Congress. We cannot bend to those who try to usurp the electoral process. We cannot bow to the "Kingmakers" who would ruin candidates who refuse their influence. As Phyllis said in concluding her 2014 Updated A Choice Not An Echo, "The kingmakers are playing for high stakes — and they do not intend to lose. Americans must learn the significance of Patrick Henry's famous lines from 1775: "I have but one lamp by which my feet are guided, and that is the lamp of experience. I know of no way of judging the future but by the past." 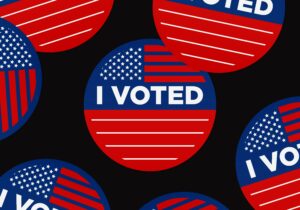 A gunfight for election integrity is raging in a few state legislatures, with our political future hanging in the balance. Whoever controls election procedures will control the outcome, and then be able to pass any laws they like. According to the AP VoteCast survey of more than 110,000 voters across the nation, 67 percent of […]

Phyllis Schlafly Eagles · April 20 | Securing Elections Is the States' Duty Control of the U.S. Senate is at stake in next year’s elections, as its current 50-50 split hangs in the balance. Already Republican senators in Alabama, Ohio, Missouri, and Pennsylvania have announced they are not running for reelection. Many other states are […]

What You Need to Know is stop talking about fraud and start talking about voter confidence! Polling shows that a majority of Americans (and even a third of Democrats) believe there was cheating in the 2020 election that affected the outcome. Regardless of what happened and if it was legitimate (the truth will still come […]

Phyllis Schlafly Eagles · April 23 | Hope for Girls' Sports Whether on the track, field, court, or mat, girls work hard to be the best at … END_OF_DOCUMENT_TOKEN_TO_BE_REPLACED