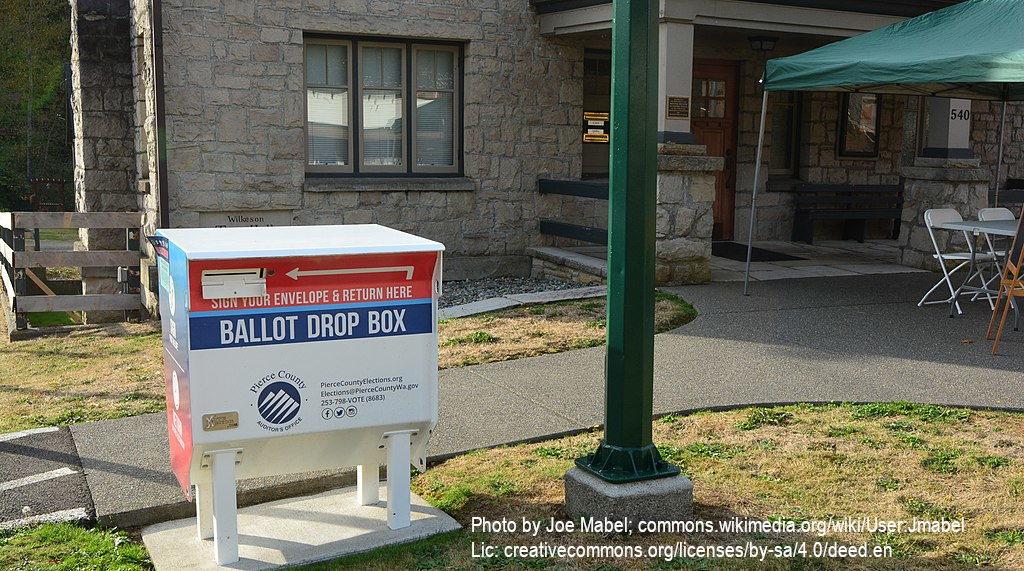 The new Democrat Party, which is essentially the same as the old Democrat Party, could easily be labeled the “Drop-Box Dems.” They rely on unmonitored ballot boxes to dramatically deliver their wins after Election Day. These ballots cannot deliver the same level of verification and security that one can find with in-person same-day voting.

Pennsylvania does not verify signatures or do any meaningful screening of more than 2.5 million ballots dumped in by mail and drop-boxes. Until it restores election integrity, Republican presidential candidates might as well campaign elsewhere. In Nevada the Republican candidate for U.S. Senate, Adam Laxalt, led by several percentage points in legitimate ballots, as predicted by many polls. But then 56,900 ballots were discovered in Las Vegas drop-boxes which then – surprise, surprise – took the election away from him.

In these key swing states, unverified paper ballots stuffed into unmonitored drop-boxes and by mail are changing the outcomes. In Georgia, a circus of vast early voting oddly reports the race of who had voted so that pressure could be applied by Democrat bullies to distort the outcome. The misuse of early voting by the Democrat political machine is illustrated by a lawsuit filed in Georgia. Democrats demanded that a judge change the law and open up early voting on two Saturdays before its runoff.

Each election cycle, Leftists get better at gaming the system and racking up their numbers in states that allow it. Polling numbers for Republicans have traditionally underestimated their votes on Election Day, but now ballot harvesting and other forms of manipulation boost Dems by many points in states that allow it. The rules of the game are changing, and it is up to conservatives to respond. Either we have to address the problem of election integrity, or having the best policy solutions in the world will be meaningless.

Thankfully, you don’t have to go to Washington, D.C. to advocate for election integrity. State governments are the front lines of this fight. Don’t assume that your state is secure or beyond hope. Do your research to determine what can be done to safeguard your state’s elections, then make your findings known to your state legislators and election authority.

Phyllis Schlafly Eagles · #WYNK: A New Pro-Life America | January 20, 2023 #ProAmericaReport The following is a transcript from the Pro America … END_OF_DOCUMENT_TOKEN_TO_BE_REPLACED

Phyllis Schlafly Eagles · #WYNK: Thank the Freedom 20 | January 11, 2023 #ProAmericaReport The following is a transcript from the Pro America … END_OF_DOCUMENT_TOKEN_TO_BE_REPLACED

For Immediate Release: January 26, 2022Contact: Ryan Hite, Communications Director Solution Staring Us In the Face to Save American Lives: Shut the … END_OF_DOCUMENT_TOKEN_TO_BE_REPLACED