Washington, D.C.:  Tempers flared over the weekend as many false and incomplete reports about a group of Catholic boys school students spread from a Friday conflict with protesters. The Covington Catholic High School students were waiting for their bus at the Lincoln Memorial after participating in the March for Life. During this time, they were confronted by groups of protesters, because of their red “Make America Great Again” hats.

“The leftist media was quick to post inaccurate, shortened clips of a conflict from Friday afternoon” said Ed Martin, president of Phyllis Schlafly Eagles. “But in the succeeding hours and days, it has quickly become apparent that these boys were first accosted with the most obscene and vicious insults from a first group of protesters and then were approached by a perplexing group of Native American marchers. This second portion was captured on video, and was used to rapidly paint a false narrative of pushy boys in MAGA hats intimidating a Native American veteran.

“This account is patently untrue and has now been proven as such. What’s even more sad is the quick willingness of many responsible parties who should know better in quickly reprimanding the students. From their school officials, to their home town mayor, to many notable right-wing pundits, many people were pressured into falsely scolding these boys who did nothing wrong. Now that the full story and statements are coming out, we want to take the opportunity to express our support of these courageous young pro-life warriors and our extreme disappointment in both the left and right who would so quickly propagate and fall for a viral-video hit job. It is disgraceful, and the students have conducted themselves in a manner that should make their families, their school, and the pro-life community at large very proud.”

To see the full statement from Nick Sandmann, the student in the viral video, as well as CNN’s correction to this story, click here. 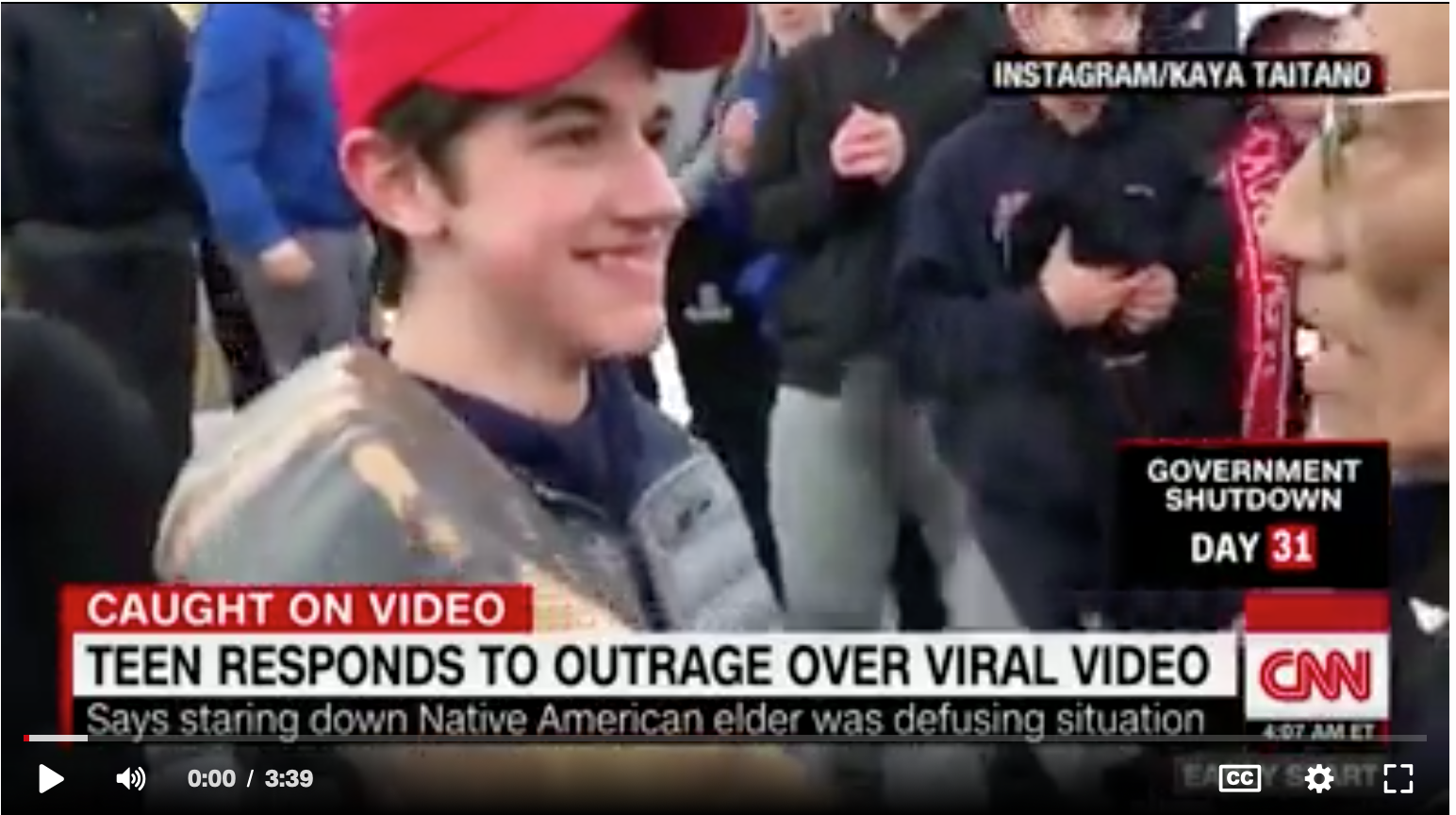 What You Need to Know is how the left controls the Narrative Machine. Check out these two headlines — Senate bid to save Roe v. Wade falls to GOP-led … END_OF_DOCUMENT_TOKEN_TO_BE_REPLACED

Phyllis Schlafly Eagles · May 16 | The Trickle-Down Effect of Bad Policies Good news arrived in the district court of the District of Columbia, … END_OF_DOCUMENT_TOKEN_TO_BE_REPLACED

Mike Davis is the former Chief Counsel for Nominations to the Senate Judiciary Committee under Sen. Chuck Grassley. In his current role as founder and … END_OF_DOCUMENT_TOKEN_TO_BE_REPLACED