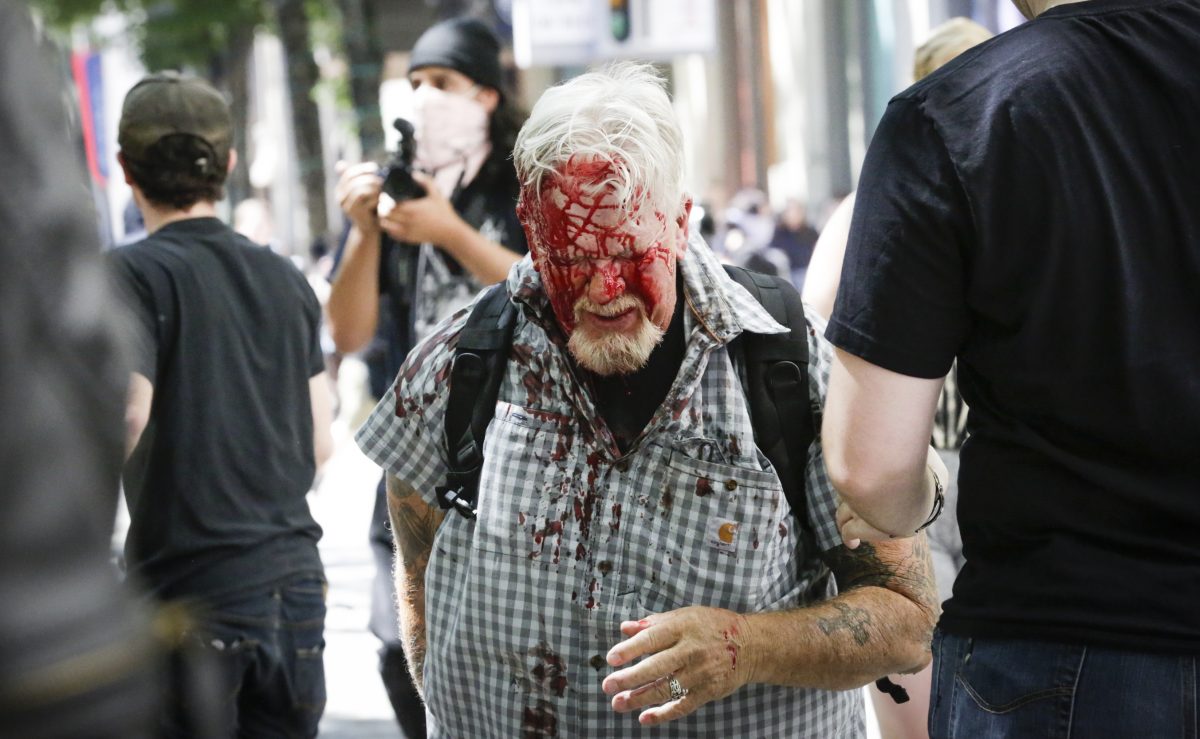 Antifa thugs and their protests have largely disappeared from the reporting of most cable news stations. Casual news watchers might assume Antifa rioters have given up and gone home, but nothing could be further from the truth. Violent mobs are running rampant in the streets of many big cities and across college campuses— particularly in large liberal strongholds on the west coast.

Portland, Oregon, is facing particularly dangerous problems that are unavoidably boiling over into news headlines. Try as they might, the news cannot contain the dangerous violence at the hands of Antifa mobs who are running the streets, unchallenged by law enforcement. Just a month ago, a Portland Antifa counter-rally resulted in the violent beating of a conservative journalist, Andy Ngo [NO]. He is known by Antifa, and upon recognizing him, raised tempers quickly led to violence. Andy was severely beaten and his camera equipment was stolen. Several videos captured the scuffle, proving it to be an incredibly one-sided fight. Portland police were essentially nowhere to be seen during this incident, or several others.

Individuals reported that Antifa members were throwing milkshakes at conservative rally goers that contained quick-drying concrete. Andy Ngo suffered severe injuries to his head and face. Many others were injured as well, and much of it was caught on camera. Antifa members left one rally goer with multiple deep gashes over his head and neck. They chased down the street and continued to beat an elderly man — all while Portland authorities were silent. Mayor Ted Wheeler has come under harsh criticism for his city’s lack of response to this despicable violence. Citizens began demanding answers, telling the world through their online platforms that this type of violence and street anarchy is routine in Portland and other similar places.

Mayor Wheeler finally broke the silence with a few obligatory tweets against violence and suppression of speech, but his lip service from behind safe, closed doors fell on angry ears. The Portland Police Association sent a scorching reply, accusing city government of handcuffing police and allowing violence to rule the streets. “Enough is enough,” said the association’s director. “This is a perfect example of Portland politics at work.”

What You Need to Know is Mom first! Life begins at conception. But what if the pro-life movement reframed the battle. What if we advertised that life … END_OF_DOCUMENT_TOKEN_TO_BE_REPLACED

For Immediate Release: January 26, 2022Contact: Ryan Hite, Communications Director Solution Staring Us In the Face to Save American Lives: Shut the … END_OF_DOCUMENT_TOKEN_TO_BE_REPLACED