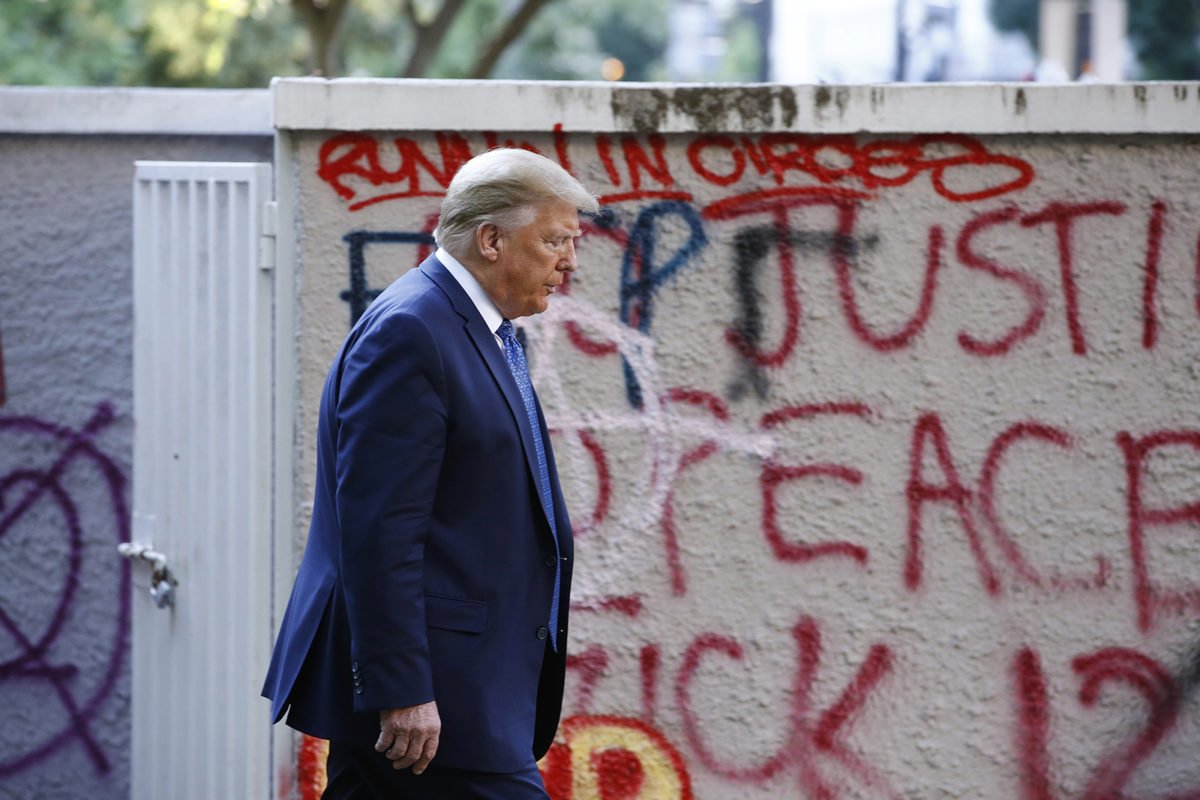 Local police in Democrat-controlled cities have mostly stood and watched silently as rioters destroy statues of great American heroes. At the White House, President Trump reacted on Twitter by promising to restore order if local officials fail. The restraint by our president came to an end when a mob reached Lafayette Square in front of the White House. Cheered by onlookers who broke through a chain link fence, a small group of men tied ropes around the massive bronze figure of our 7th president, Andrew Jackson, mounted on a horse at the center of the park.

United States Park Police arrived at the scene to disperse the unruly crowd moments before the vandals appeared to be toppling the 15-ton statue. Unfortunately, the vandals did have time to paint the epitaph “Killer Scum” on the statue before running away. The vandals clearly have no appreciation for history, or for what Jackson really stood for.

Andrew Jackson was perhaps the most influential American between the founding of our nation and the Civil War, who more than anyone else defined the scope of presidential power. He was also the first president to represent the common man, triumphing over the elite of his day. He voluntarily retired after two terms when he could have easily won reelection. It’s no wonder President Trump weighed in after the incident by saying “Last night, we stopped an attack on a great monument. I just want to thank law enforcement. Numerous people are in jail and are going to jail today.”

What a difference from the previous week, when a mob succeeded in toppling and burning a statue of a Masonic leader named Albert Pike in Washington’s Judiciary Square. We can’t let politicians escape responsibility for the actions of these vandals. The action or inaction of mayors and governors throughout America is putting a spotlight on the importance of fearless leadership. Remember all of this when you go to the polls in November. The mob is waiting for you to pick leaders who will be soft on anarchists. We need strong leaders who will stand between the mob and our nation’s history to say “No more.”

What You Need to Know is we are in a proxy war with Russia. Until now, we’ve been able to at least try to say we have given Ukraine defense weapons … END_OF_DOCUMENT_TOKEN_TO_BE_REPLACED

What You Need to Know is a lesson on documents and double standards. Suddenly everyone has classified documents and everyone is spinning the stories … END_OF_DOCUMENT_TOKEN_TO_BE_REPLACED

What You Need to Know is to thank the Freedom 20 who took up the House Speaker fight last week. Get the list here — it only takes 3-5 minutes … END_OF_DOCUMENT_TOKEN_TO_BE_REPLACED

Proving once again that he is in touch with ordinary Americans, Donald Trump selected education for the first video message of his 2024 presidential … END_OF_DOCUMENT_TOKEN_TO_BE_REPLACED